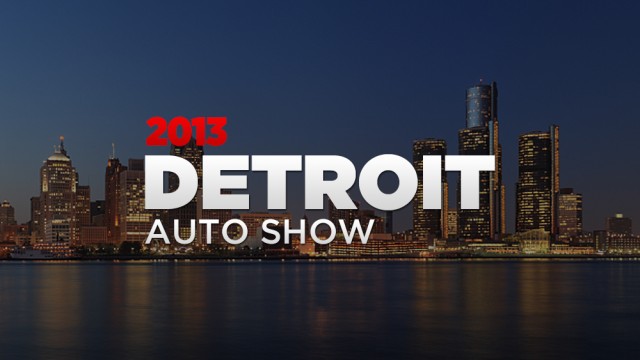 There is a clear, standout star at this year’s North American International Auto show, and it’s the Cadillac ELR plug-in hybrid.

Not only is it drop-dead gorgeous, owing much to the Converj concept shown in 2009, but its innovative, Chevrolet-Volt inspired  drive-train gives it up to 40 miles of electric-only use, avoiding the dread range-anxiety which afflicts battery-only cars like the Nissan Leaf sedan and the Tesla Model S sports-car. Not only that, but the new Cadillac cocks a snook at the Germans, who until now thought they owned the road leading to a high technology world. 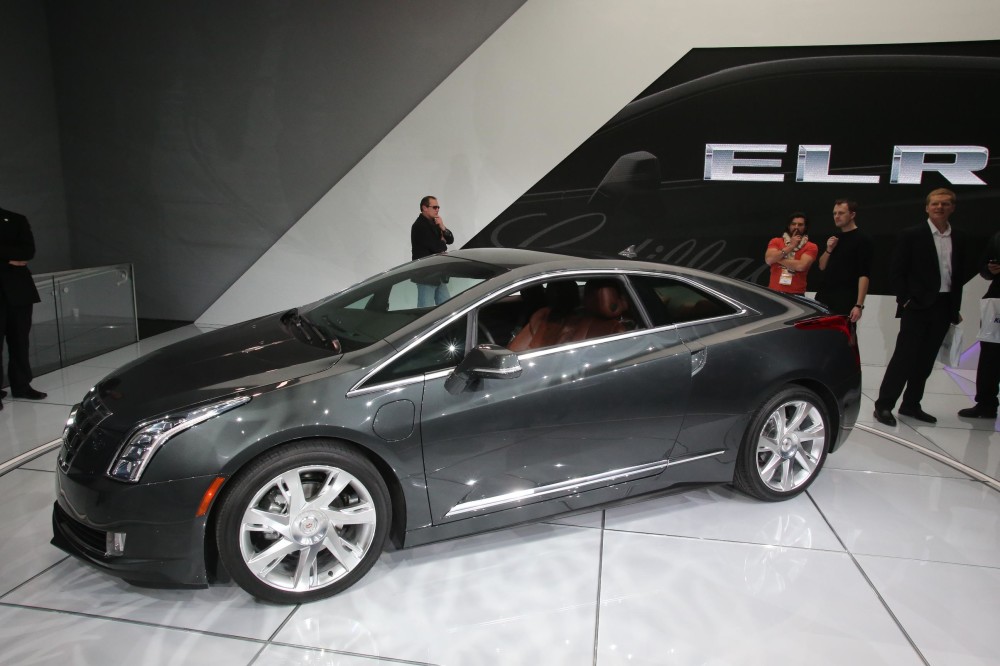 That might look a bit different a year from now when BMW launches its i3 battery-only city car and i8 plug-in sports car, but U.S. manufacturers have a lot going for them. Sales were strong in 2012 and are expected to grow steadily again in 2013.

Matthias Wissmann, president of the German Association of the Automotive Industry put it this way at the start of the show.

“The U.S. automotive market has revitalised itself with amazing speed and dynamism,” Wissmann said.

This is in sharp contrast to Europe where markets are crumbling. By the time the global auto industry convenes again in Geneva, Switzerland in March, Europe’s mass car manufacturers will have revealed the true state of their finances. Billions of dollars of losses at France’s Peugeot-Citroen, Italy’s Fiat, and not forgetting GM’s Opel-Vauxhall, and Ford Europe will be reported in early February and will shake the European industry, minus the Germans of course, to its roots.

No manufacturer worth its salt made a presentation this year without saying how their new vehicles were the last word in connectivity to the internet.

Cadillac ELR
You won’t get much more connected than with high-tech plug-in ELR coupe. It has another roughly 300 miles of range when the battery runs out, and a small gas-powered engine kicks in to produce electricity for the electric motor, just like the Volt. Prices are likely to start in the mid-$60,000. Production starts later this year.

Chevrolet Corvette
Also vying for the spotlight in Detroit was the new Chevrolet Corvette sports car. Its new 6.2-liter V-8 engine will make it the most powerful standard Corvette ever with a zero to 60 blast in less than four seconds. Prices probably start at around $55,000. 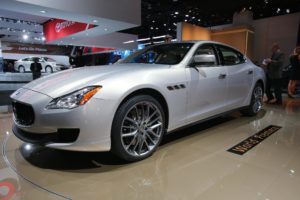 The Corvette was competing for the crowds with another beauty, the Maserati Quattroporte, but the Italian’s price starts at about twice that. The Quattroporte has been redesigned to compete better with the Mercedes S class, BMW 7 series and Porsche Panamera, with more room in the back among other improvements, and goes on sale in the U.S. in May or June. Fiat, which owns Maserati, is spending more than $1.5 billion on this sports car subsidiary to raise sales from just over 6,000 now to over 50,000 by 2015. Perhaps that will make the cars more affordable but don’t bank on that. If you can raise more than $125,000, you would be able to choose from two, new twin-turbo, gasoline direct-injection engines, which were designed by Maserati in cooperation with Ferrari, also owned by Fiat. There’s a 3.0-liter V-6 delivering 410hp in rear-wheel-drive and four-wheel-drive, or the top-of-the-range 3.8-liter V-8 with 530hp and just rear-wheel-drive. Both engines have eight-speed automatics.

Jaguar F-type
If you like the way the Maserati looks but don’t have the money, why not go for the $60,000 Jaguar F-type, which looks uncannily like the Italian from the front.

Kia Cadenza
There didn’t seem to be many new cheap and cheerful budget economy cars with high profiles at the show. More down-market, but not much, was the Kia Cadenza, the new range-topping contender for this Korean company. The Cadenza was certainly very impressive to look at. It is powered by 3.3 liter, V6 gasoline engine, with upmarket features like active cruise control, blind spot detection and lane-departure warning, and leather interior. No prices were hinted at, and the Cadenza goes on sale in the second quarter. Looking at the Kia stand it’s hard to believe that five years ago this was a value-for-money brand selling on price, with questionable looks, and reliant on mind-bogglingly good guarantees. Now it’s a company looking to challenge the Germans.

Tesla S
Battery-only car manufacturer Tesla was showing off its planned SUV concept, but its Model S is now going on sale across America. During the buildup to its launch, road tests of the Model S by journalists and analysts were all limited to experiencing the performance and handling, said to be top class, over short distances, but don’t seem to have been able to test the range of the cars under extended driving. Given the Tesla has said all its range data was compiled at only 55 mph, it remains to been what range is achievable under more testing conditions.

Toyota Corolla Furia
Toyota showed a concept version of its upcoming new Corolla, called the Corolla Furia. Unlike mainstream Toyotas, the Furia looked dazzling, begging the question; will Toyota be brave and stick to this adventurous design when it renews the world’s biggest selling car? Or sensible? Toyota didn’t get to be one of the world’s most successful carmakers by taking chances.

BMW 4 series
German premium carmaker BMW unveiled the new 4 series, which it called a concept vehicle, but which looked very close to the real thing.  Very smart, and it makes sense to move the coupe version of the 3 series into a stand-alone niche.

Mercedes CLA
Mercedes unveiled its new CLA version of the A class at an event outside the main Detroit Car Show, then didn’t include in the show, presumably so as not to overshadow the face-lifted E class. Mercedes has deiced not to send the base A class to the U.S. The CLA is seriously beautiful, is it not?

Jeep Grand Cherokee
The Jeep has redesigned the Grand Cherokee, and the big SUV remains its rugged good looks. New this time is an eight speed automatic gearbox and a diesel engine option. Presumably this is clean diesel. No manufacturer at the NAIAS could mention the word diesel without adding “clean” every time ahead of it.

Even in a U.S. market going from strength to strength, not everybody can be a winner.

Infiniti Q50, Acura RLX, Lincoln
Nissan’s Infiniti launched the new Q50 sedan, and perhaps showed a touch of desperation by hiring some performers from Cirque du Soleil. The Infiniti range looks dull and bloated to me, and the Q50 looked over designed; trying too hard to impress. Another wannabe premium brand, Honda’s Acura RLX will be hard pressed to make an impact against the likes of BMW, Audi and Mercedes, not to mention Cadillac. The same goes for Ford’s Lincoln. Even the latest concept, the Lincoln MKC SUV, looked run of the mill. Given that Ford sold off upmarket brands like Jaguar and Land Rover to clear the decks for resurrecting its core business, it’s perhaps surprising to learn that Ford is pumping resources into Lincoln to make it a success.

Lexus IS
Lexus has face-lifted its little IS sedan, which competes with the BMW 3 series. The nasty front end design suggests a desperation for attention. There must be time to fix this before the car goes on sale. 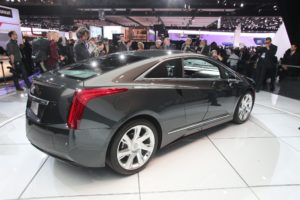 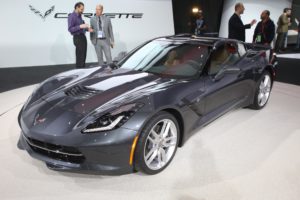 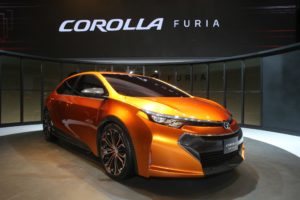 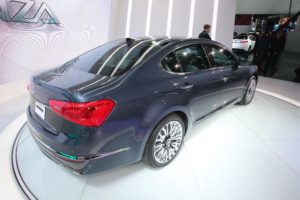 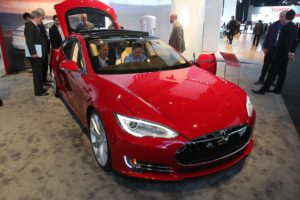 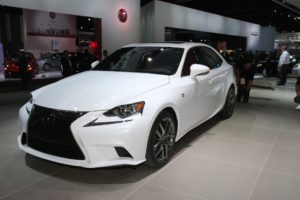 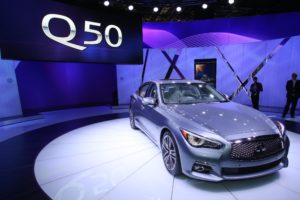 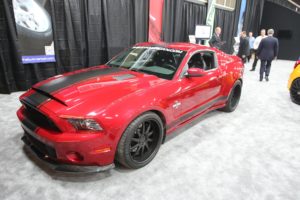