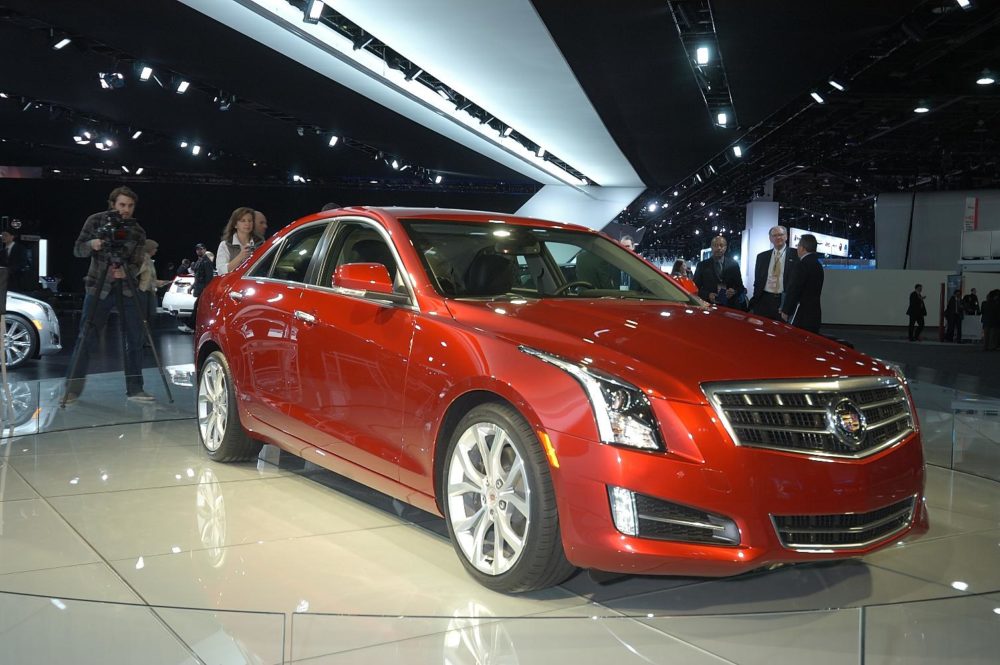 Fusion Appears Next Year In Europe As The Mondeo

DETROIT – While the Germans make their premium cars look ever more bland and low key, American manufacturers like Cadillac use style and panache to attract attention, and win new buyers.

The launches of the new BMW 3 Series and the rival Cadillac ATS at the show made the point. The 3 Series has been amazingly successful for BMW. And yet the new 3 Series, making its world debut in Detroit, has been styled not to offend, as though its manufacturers knew that its undoubted qualities of great build quality, peerless handling and scintillating performance was enough to guarantee success. Approach the 3 Series from the side and it looks wrong, with the roof too high for a sporty vehicle.

This is where the ATS can make inroads. It looks beautiful from all angles (like most Cadillac products these days) and the specification promises impressive performance. The small, four-cylinder 2-liter engine using turbo-charging, produces an amazing 270 hp, more than the BMW equivalent of 245 hp from its small four cylinder. And Cadillac has big ideas for the ATS. It will also be launched in Europe later this year. In the past when Cadillac has attacked Europe, its lack of diesels has been a big negative. But the high output four-cylinder gasoline engine looks capable of producing great performance and decent fuel economy without which you can kiss goodbye to European sales. (Cadillac has plans to add a diesel, but hasn’t announced details yet).

Ford Fusion
Ford’s new Fusion spells danger for the competition like the Honda Accord, Chevrolet Malibu, Hyundai Sonata, Nissan Altima and Toyota Camry. The Fusion, which goes on sale in Europe as the Mondeo next year, looks elegant and has an impressive range of high tech engines including a 1.6-liter four cylinder EcoBoost motor expected to deliver 26 mpg in the city and 37 mpg on the highway. There are hybrid, plug-in hybrid and electric only versions. Clever of Ford to design a new front end for the Fusion which reminds everybody of the Aston Martin supercar made famous by the James Bond movies. Presumably it bought the rights to impersonate Aston Martin when it sold the luxury sports company a few years back. 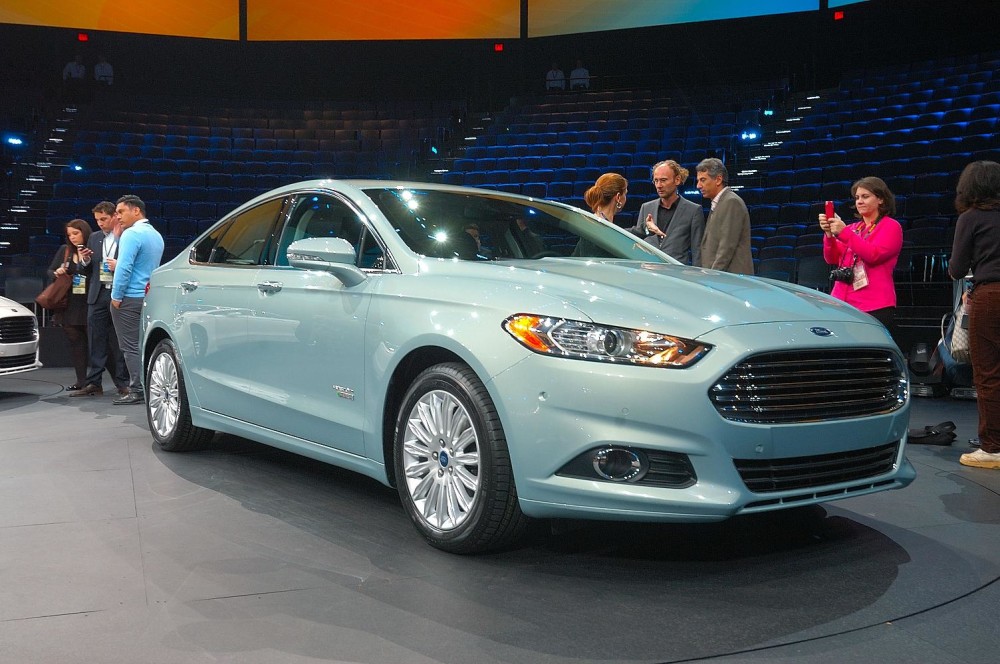 Dodge Dart
The Dodge Dart is the first result of the Fiat/Chrysler combination and uses much engineering and components from the Alfa Romeo Guilietta. You can probably see some Alfa bits and pieces in the cutaway picture. The Dart has the choice of three four-cylinder engines; a 1.4-liter turbo and 2.0 liter both delivering 160 hp, and a new 2.4-liter turbocharged engine with 184 hp. A six-speed automatic transmission will be available with the two larger engines, and a Fiat six-speed double clutch automatic will be teamed with the 1.4. A six-speed manual transmission will be available with all three engine choices. A nine-speed automatic will come later. The body styling is attractive, but should Dodge Darts be this pretty? Prices start at $15,995.

Toyota Prius C
The Toyota Prius C might be the most important car at the show because it seeks to establish the hybrid as an affordable car. The Prius C (for City) is a smaller, cheaper version of the highly successful pioneering hybrid. The smaller C is priced from under $19,000 and Toyota claims it will return 53 mpg city.

Hyundai Veloster
It might be premature to start celebrating the success of the U.S. industry when Hyundai is around. Its stand, and its fellow Korean Kia, was full of stylish, affordable cars. The new Hyundai Veloster caught my eye.

Zero emissions
Nissan showed another electric vehicle, this time a van to go with the Leaf.  Nissan persists in labelling its electric vehicles with a big “Zero emissions” label down the side when it’s nothing of the kind. In France, where electricity is mainly nuclear generated, or Switzerland with its hydroelectric power, that might be true. But most everywhere else, emissions are simply diverted.

Tesla S
Tesla showed off its first vehicle, the Model S, which goes on sale in America soon priced between $57,400 and $92,400. So far I’ve not seen any reports verifying the actual achievable range of this car, although it will be sold claiming between 160 and 230 miles, depending on the batteries. Test driving events seem to have made sure no journalists could test the range. The batteries for the S are contained in the flat floor of the chassis.

Mercedes SL
The classic Mercedes SL roadster still retains its classy looks and is a bit longer and lighter than the previous one and has an all-aluminum body. Fabulous performance is a given from the 4.8 liter direct injection V-8. Prices are likely to start at just over $100,000.

Lincoln MKZ
The Lincoln MKZ sedan concept was a stunning new design. Let’s face it, this dull looking range of behemoths doesn’t really hack it, so supporters of the brand must take heart from the MKZ. Ford has said Lincoln must be global or nothing, so it also needs a smaller car to able to feature outside the U.S., and survive.

VW E-Bugster
The VW E-Bugster is another concept car, looking very much like the iconic old Beetle sedans. It will be powered by a 114 hp (85 kW) electric motor fed by a lithium ion battery. VW says the car would have a range of 100 miles. It gave no hint when the car might reach the market.

Lexus LF-LC
The Lexus LF-LC 2+2 hybrid coupe concept looks as though the designers became a little over excited, and the presentation at the show talked about how the rear end looks like a fighter jet’s afterburners. Lexus had also assembled a group of employees who vigorously applauded the car when it came on to the stage. They burst into applause later when a Scion (a Toyota subsidiary like Lexus) presenter mentioned the LF-LC.

NSX
Honda’s Acura luxury subsidiary has given us the prettiest new car at the show. The new NSX was strikingly beautiful, and may well replace the Audi R8 as the car most likely to generate a double take when first seen, if Honda decides to make it. 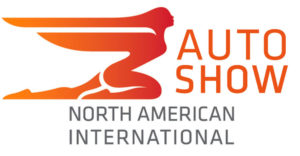 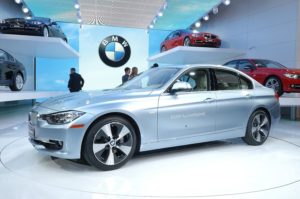 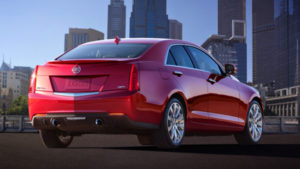 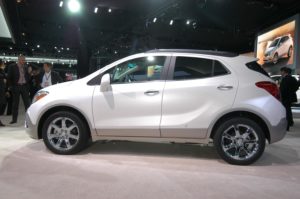 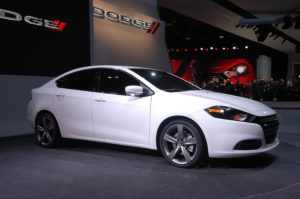 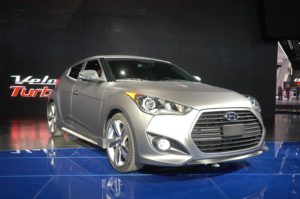 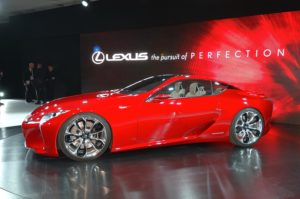 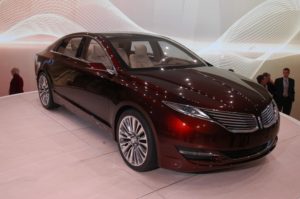 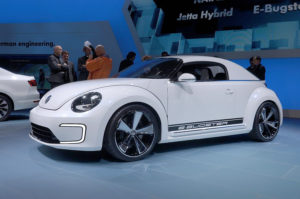 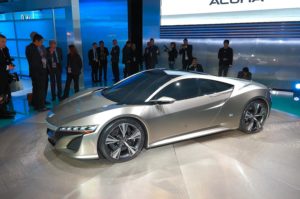