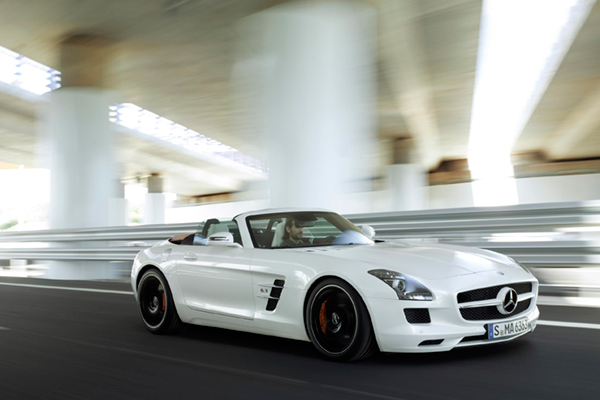 Soft Top Not Gull-Wing Doors Means Wind In The Hair

Imagine that you’ve won the Euro millions lottery and the only new car that fits the bill is a Mercedes SLS sports car, but you hate gull-wing doors.

Mercedes-Benz has fixed that for you.

The iconic Mercedes dream car with the doors that open in the shape of a seabird is now available as a roadster with a retractable soft-top. Not only that, you can order the car with “Airscarf”, which acts like an invisible piece of headgear and will warm the head and necks of the occupants. Airscarf is integrated into the backrests of the AMG’s sports seats, and blows warm air from vents in the head restraints.

The rest of the AMG roadster’s specification is suitably  impressive. 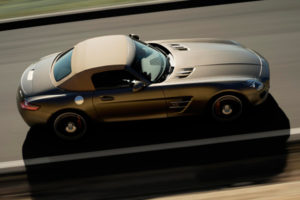 It has a 6.3 litre V8 engine which develops 571 hp and will catapult the car from rest to 60 mph in less four seconds. The top speed is 197 mph. You have to wonder why Mercedes didn’t eke out an extra three miles per hour to claim a top speed of 200 mph, or perhaps the German luxury manufacturer thought it might be politically incorrect to brag about a car that fast. If it had stretched the truth a little and gone for 200 mph anyway, let’s face it, nobody would have been any the wiser.

Mercedes says despite the fact the roadster has no strength-inducing roof, the inevitable requirement to reinforce the body to stop flexing has been achieved with only a 40 kg (88lb) increase in weight. The chassis and body are made of aluminium, while thickened and reinforced side skirts, and cross-members behind the dashboard and seats guarantee rigidity. 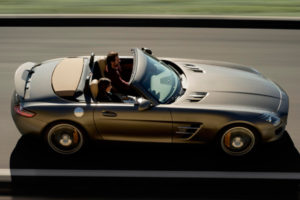 Everything about this car is quick; even the three-layered fabric soft-top is fast, opening and closing in 11 seconds. It can also be activated on the move, at speeds up to about 30 mph. The luxurious cabin is the same as the gull-wing version and has an aircraft theme, with the dashboard in the shape of a wing and the air vents looking like jet engines. The 7-speed double clutch automatic gearbox mounted at the rear offers four modes – “C” for Controlled Efficiency, “S” for Sport, “S+” designed for race-track performance. There’s an option to ensure the optimum traction for a standing start on a track.

Mercedes is very pleased with the car and gushes about how wonderful it is.

“The perfect proportions are particularly memorable: a long bonnet, the greenhouse (cabin) positioned well to the rear and a short rear end. The open-top SLS AMG exudes effortless dynamism and an authentic charisma,” according to Mercedes. 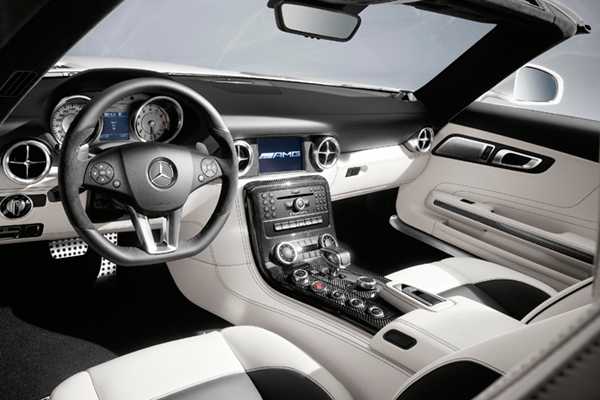 The car cleverly retains the look of the original 50s car with the wide radiator grille and the vents at the side, reminding us of the days before the Euro millions lottery, or the invention of the Euro itself. The SLS AMG roadster is priced at €195,160, but no doubt if the Euro crashes and burns, a suitable amount of marks, francs or lira will do the trick also. 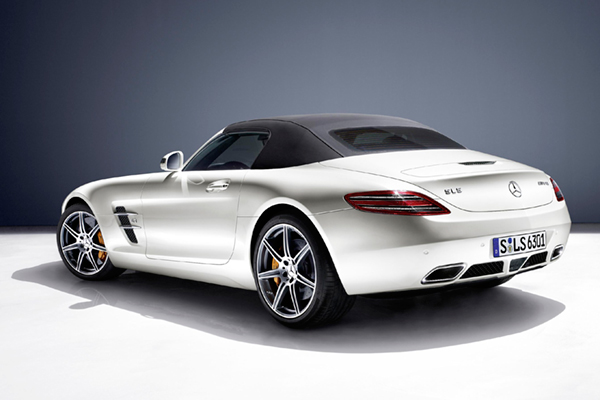 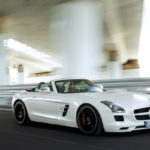 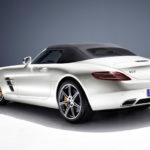 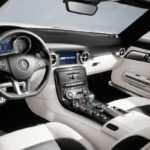 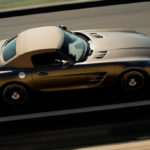