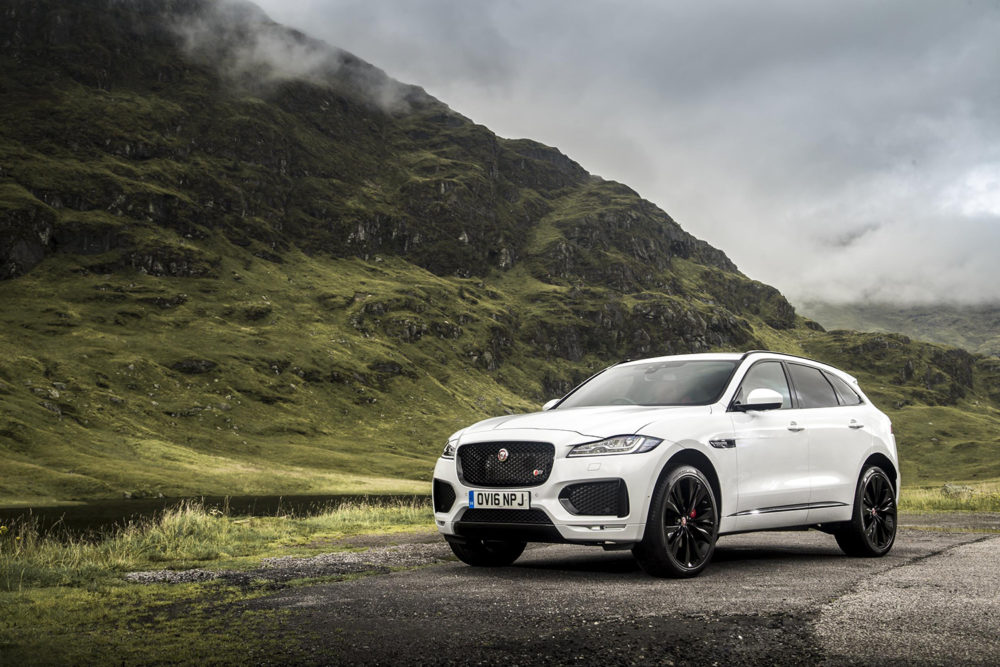 Jaguar critics who bemoaned the break with tradition represented by the grand old sportscar company finally joining the fashion for SUVs must be grinding their teeth as the F-Pace becomes a common sight on our roads.

Jaguar joins Maserati, Bentley, Aston Martin, Rolls Royce, Lamborghini and Maybach, famous upmarket brands, forced to admit that to survive and make money, they must ignore pride and make small trucks, albeit fast and luxurious ones. 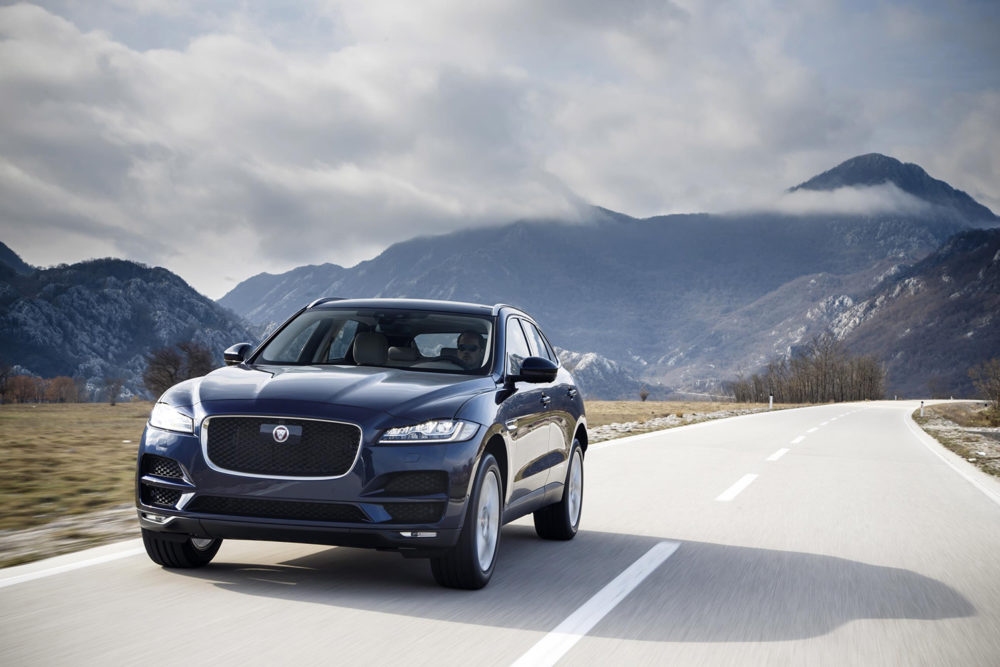 Jaguar decided to give its SUV a weird sounding name, F-Pace, but it says this reflects the link of design cues in the F-type sports car, and company founder William Lyons, who once said that every Jaguar must combine Grace, Space and Pace.

Grace? Well, the F-Pace’s chunky, bulbous, aggressive looks do divide opinion, but the bottom line is, this big beast can’t really be confused with any of its Land Rover sibling competitors; job done.

I’ve been driving the 2.0 litre 178 hp 4-cylinder diesel version, and although on paper this might suggest a lack of power, on the road that isn’t the case. It bombs down motorways with aplomb and restraint. There’s plenty of acceleration in the mid-range where you might need it for overtaking. The 8-speed automatic gearbox does its stuff unobtrusively without giving the impression it can’t decide which gear it should be in, which some multi-choice automatics do. The S for sport option didn’t seem to do much that couldn’t be achieved by simply flooring the accelerator. When you select the manual gearbox option, you can quickly restore “automatic” with a quick tap on the right flipper; unlike my Suzuki Vitara, where you have to wait, and wait. At low speeds it does sound a bit clattery, with some turbo lag too. The turning circle is terrible. 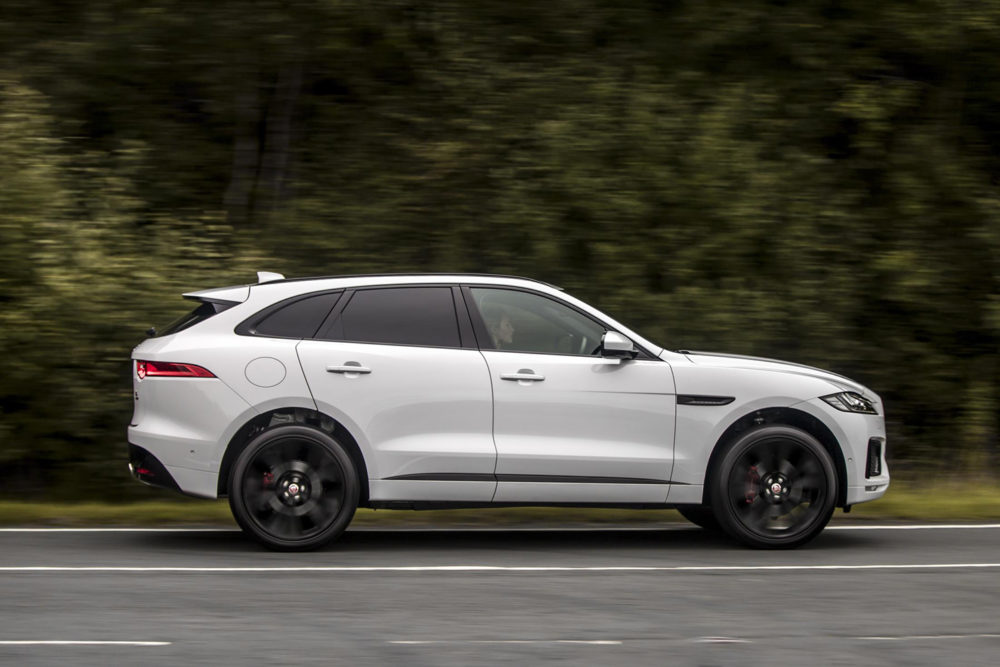 Hey Mr Tractor Driver!
It stays nice and flat through high speed corners. The brakes are terrific as I discovered when driving up the fast lane on a local highway at legal speed and being forced off the road by a tractor pulling out to avoid a cyclist. Whoever you are, Mr Tractor Driver, you should have slowed and stayed in your lane, and consulted your wing-mirror. Luckily, my diversion coincided with a right turn exit.

The interior was lovely, trimmed in black and red leather. The “cockpit” feel was very appealing. The moon roof, an extra £1,200, was a nice touch. The carrying space was a bit disappointing and I found it very difficult to squeeze my mountain bike in. I say again; it slides easily into my Honda Jazz! The fuel consumption didn’t match claims. What’s new. I averaged about 37.5 mpg, well down on the claim of 53.3 mpg. That’s a 30 per cent shortfall. In other words, well within the range of expectations and honesty of normal fuel efficiency claims. The computer readout said 40.3 mpg. I say, disappointing, but although it doesn’t get close to Jaguar’s claim, 37.5 mpg exceeded my expectations. Most motoring journalists, who don’t ever put any fuel in their press cars, won’t know that when you do open the tap to fuel up the F-Pace, there’s a second little chamber to fill with stuff which slashes NOX output from the diesel engine’s emissions. 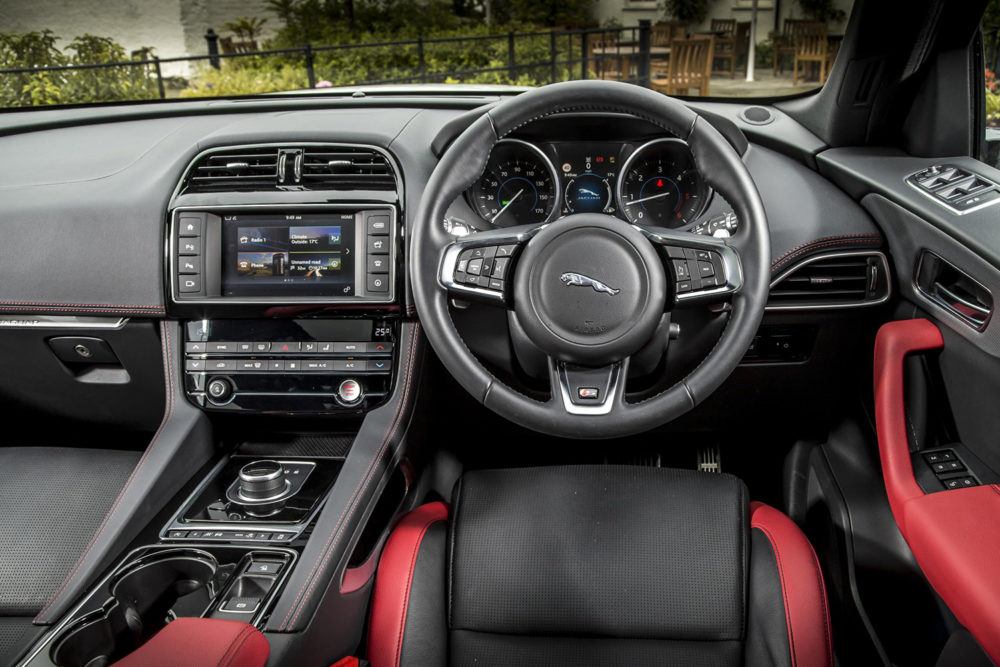 There is a wide/confusing range of four and six-cylinder petrol and diesel engines, topped by the Supercharged 375 hp V6 petrol which delivers scintillating performance: 0-60mph in 5.1 seconds. If it’s connectivity you crave, Jaguar says you can have this –

The F-PACE range consists of:

Prices start at £34,450. Does Jaguar really need all these options? And is anybody really going to buy a 2-wheel drive version? Think how that will go down on the second hand market when and if the day comes.

What to buy?
If you’re looking to buy or lease up to £50,000 worth of SUV the choices are simply fabulous. My favourite in this group is the Porsche Macan, but that might mean having to shell out a little bit more. The BMW choices are, as usual, overpriced, although even this blue-chip company is no longer immune to a bit of bargaining. You could argue that you can get better value for money by dipping into the weaker, cheaper brand choices, like the Kia Sorrento, or Hyundai Santa Fe. But given leasing will probably make the price difference quite small, go on, make a splash. 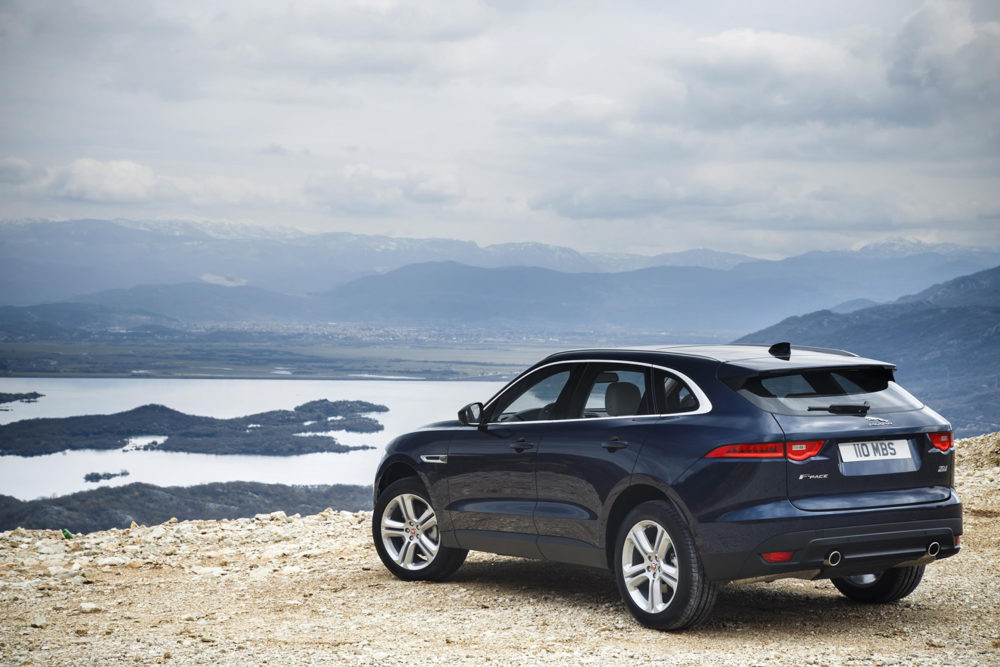 (WintonsWorld paid for the diesel) 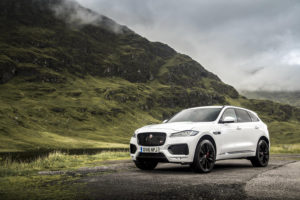 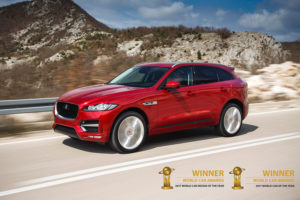 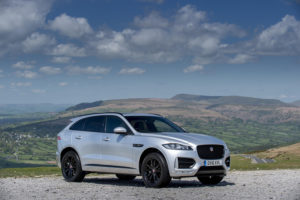 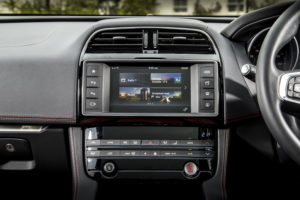 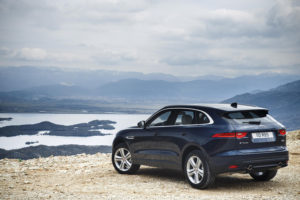 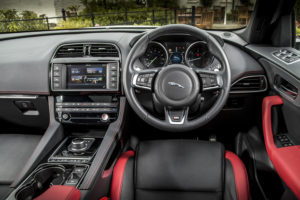 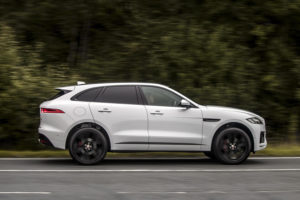 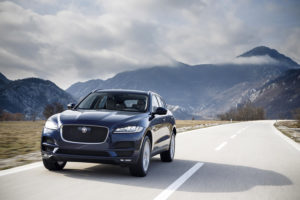 Tesla 3 Will Be Late And Make No Money, Says Analyst
No U.S. Sales Dive Imminent, More A Modest Realignment