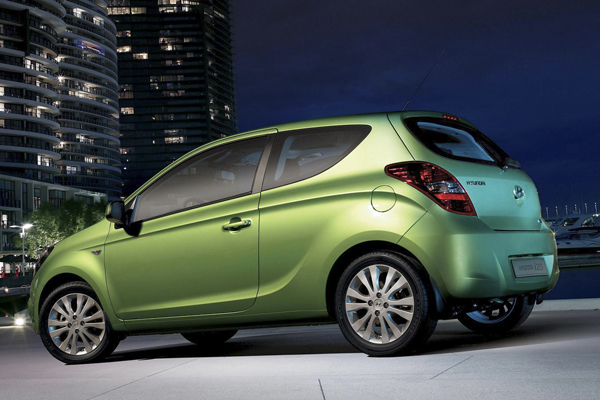 But i20 Matches Competition In Most Areas, Wins On Price
Fuel Consumption Doesn’t Match Claims, But Nobody Else’s Does
***** out of 5

Even Residuals Claimed To Beat The Best, Thanks To Warranty

The new Hyundai i20 has it all. The price is right. It looks great. The equipment levels are generous. The interior quality is top class. And there is a 5-year, unlimited-mileage guarantee.

The 5-year warranty puts the Hyundai head and shoulders above most of the competition, and on the face of it, this seems to be a candidate for the coveted WintonsWorld five-star award. I’ve been agonising over whether to give it the maximum, with the only nagging doubt driven by a discrepancy with the claimed fuel consumption. 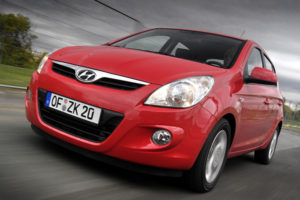 Hyundai says the version of the car I drove – the 1.2 litre Comfort 5-door – will give you an average 54.3 mpg-5.2 litres per 100 kms. I managed an average of 39.1 mpg-7.2 l/kms, ranging from 34.8 mpg to 44.7 mpg. This driving was mainly over 60 mph-96 km/h rural roads, where you would expect to get maximum fuel economy, with some limited cruising at about 80 mph on motorways. Not much urban stuff. This is a long way from the claim made by Hyundai. It falls short by a staggering 28 per cent. Not good.

But then I thought, hey, Hyundai is bound by the loony formula insisted on by our fascist masters in Brussels. The European Union test takes place over a totally flat route of 11 kilometres consisting of two modes – 2.5 miles of maximum 31 mph-50 km/h, and 4.3 miles of maximum 75 mph-120 km/h – some accelerating, some cruising, some idling, no air con, wipers, lights, audio or Sat Nav. This produces data which is perfectly comparable, but of absolutely no use at all. I don’t even think there is a driver on board. It is all simulated on the computer.

Ford suicide
So in fact, in the real world the i20 gets about 40 mpg-7.1 l/kms. That’s pretty good if you bear in mind the more impressive fuel economy you hear being claimed by the competition can’t actually be achieved. The economy of this car in the real world is just fine, certainly not a negative or a reason not to buy.

Five stars it is then.

The Hyundai i20 replaces the Getz, itself a formidable competitor which also had lots of plus points, but was let down by the quality of the interior and the less than perfect ride.

While the competition like Ford with its Fiesta (an admirable car too) raising prices in the teeth of a recession and effectively committing suicide in the marketplace, the i20 shines brightly as fantastic value for money as an all-round package. 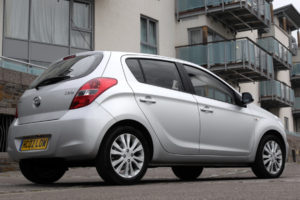 If you have any reservations about Korean quality, these will disappear as soon as you sit in the driver’s seat. The steering wheel, with it’s Hyundai emblem in the middle, looks and feels top class. The instrument panel is smart and clear. There is a hooded, eye-shaped binnacle in the middle of the dashboard which gives you information about fuel economy and temperature, although I never managed to figure out how to make the trip meter work. The upholstery, a historic weakness of Korean cars, looked smart and rugged. The radio and audio system was attractive and worked well. Again, Korean cars have in the past used radios that looked like afterthoughts, with miniscule buttons and dodgy quality.

Wheels on, little fuss
There was plenty of room, front and back, and loads of headroom. I stuffed my road bike in the back with the rear seats folded with little fuss and the wheels on.

On the road, the steering was quick and accurate. The ride was on the firm side. It felt like a Mini as it clung to the road through sweeping bends. There wasn’t much poke, but this was only a 1.2 litre engine. Adequate is the word. It moved through the gears well enough. It’s quiet inside at motorway speeds. There is a more powerful 1.4 litre version if that’s what you want. The 5-speed manual gearbox was fine, although on my car, moving from 2nd to 3rd was occasionally stiff and difficult. A minor nagging criticism; the indicator thingy which makes a noise reminding you that you are going left or right was too quiet. I embarrassed myself a few times leaving the indicators on.

You won’t be surprised to know that the i20 includes masses of kit in the price. ESP is standard across the range. That’s a computerised system to stop you overreaching the cars limits of adhesion, and used to be available on premium cars only. All i20s have air-conditioning, remote central locking, CD and MP3 system, Aux-in socket, glove-box cooling, switchable passenger airbag and electrically operated front windows. There are 3 trim levels – Classic, Comfort and Style. Comfort adds things like rear electric windows, iPod and UDB ports, six-speakers, alloy wheels, electrically adjusted and folding mirrors. Style includes leather trimming, front fog lights and metal-look facia. 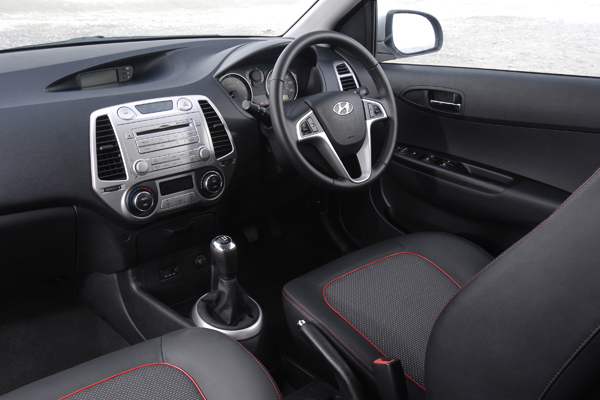 Normal
The more powerful 1.4 litre, 98 bhp petrol engine comes with a 4-speed automatic option.  There are two diesels of 1.4 litres, one with 74 bhp and the other with 89 bhp. Hyundai says the smaller diesel will produce an average 64.2 mpg-4.4 l/kms. So that’s probably about 46 mpg average, for a normal person driving in a normal way over normal roads.

“According to CAP figures, the i20 Classic will still be worth 47 per cent of its list price after 3 years and 30,000 miles – five percentage points more than the equivalent Fiesta and 12 more than a Vauxhall-Opel Corsa or Renault Clio,” Hyundai says.

Now, manufacturer’s claims about residual values are often as honest as one of Prime Minister Gordon Brown’s old budgets, the devil being in the detail. (The “detail” often saying quite the reverse of what was uttered in public). 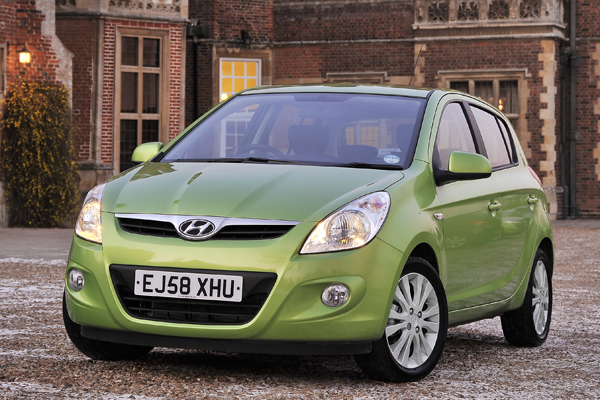 But Hyundai does have the powerful ally of its solid 5-year guarantee, which does seem a concrete reason for wanting to buy a 3-year old car if it’s got 2 more years of warranty still to run. As far as I know, there is no detail to bedevil this great perk. 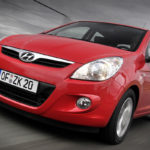 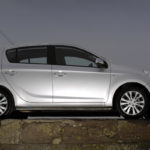 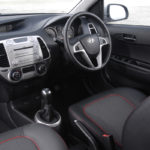 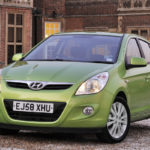 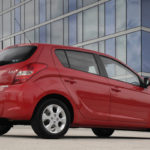 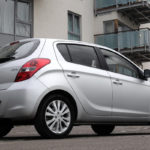 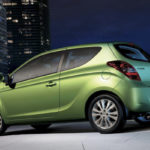