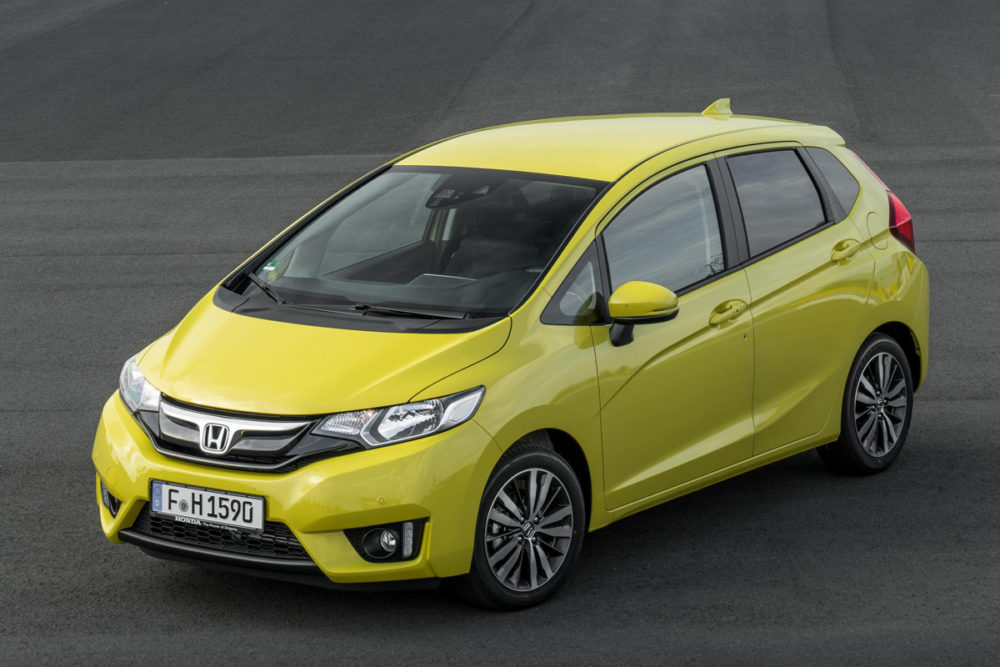 “When you combine the quality, the looks, the utility, the driveability and economy, the fact that it costs a bit more is quite justifiable. The Jazz truly is the best small car around”

The Honda Jazz is the best small car on the market and it just got better. Unfortunately, it’s much pricier too. 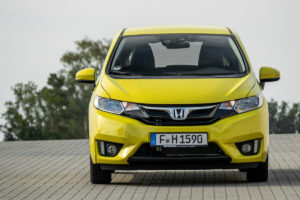 Just because I think it’s the best small car around, doesn’t mean there can’t be improvements. The 1.3 litre, 100 hp engine provides adequate power, particularly when you consider the older buyers going for this car. But there must be some potential customers put off by the lack of oomph, or rather ones that will go somewhere else because of this. And here we have a familiar problem with Honda. Its small SUV, the HR-V has many qualities, but if you require an automatic version with a bit of get up and go, you’re stuffed.

Now here’s my complaint. Honda USA sells a more powerful HR-V with a better automatic gearbox, but refuses to import it into the U.K. If there was one, it would probably be sitting on my driveway now, not the Suzuki Vitara 1.4 S auto. And guess what. Honda USA sells a 1.5 litre 130 hp Jazz (disguised as the Fit) which goes rather well. Honda has said that it won’t import these more powerful versions because there is no market for them, so I’ll bow to the marketing men for the time being. Honda has vetoed adding a diesel engine to the range. That would have done the trick, although it must be feeling a bit smug not to have gone down this route, given the VW-induced scandal. 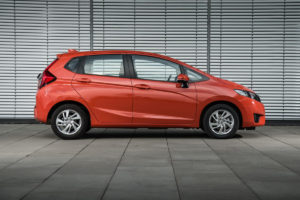 But back to the current model; I drove the top of the range EX Navi CVT. It costs a whopping £18,205 but it is very impressive. The interior is beautiful and high quality. The materials are the best. The leather steering wheel and the aluminium decoration makes you think BMW rather than Honda. It seems to have every known gizmo, from automatic braking in town, hill start assist, land departure warning and traffic sign recognition. There are three cup-holders, with one just to the driver’s right on the dashboard which has a little moveable front piece for ease of use. There’s a SatNav too you won’t be surprised to learn given the name of this version.

On the road the ride is on the harsh side, but the handling is terrific, perhaps not surprising when you realise it was designed for the more powerful one that we aren’t going to get. It is flat and true through the corners, if you care about such things. At first I found the car reluctant to pick up at roundabouts, but when you get used to using the throttle a bit vigorously it’s no problem. The CVT automatic seems to be programmed in 7 steps so you don’t get that annoying moment when the engine runs ahead of itself before the auto box catches up that has been typical of these systems. The engine is a bit noisy under hard acceleration though. The manual over-ride is terrific, and the steps are easy to follow on the dashboard.

Amazingly well
On motorways the car performed amazingly well, seeming much more powerful than at lower speeds. It cruises easily at well over legal speeds. The now de riguer bings and bongs which warn you of I’m quite sure what will drive you mad though. The warning system that says you are getting too close to the car in front worked in the first couple of days, but afterwards disappeared. I must have touched some button which switched it off. I never did get close enough to the car in front in traffic to set off the safety braking, making me wonder if it actually worked. The now legendary “magic seats”, which fold flat and create a huge loading area, are still class leading and of course include the cinema folding seat capability for aspidistra businesses. 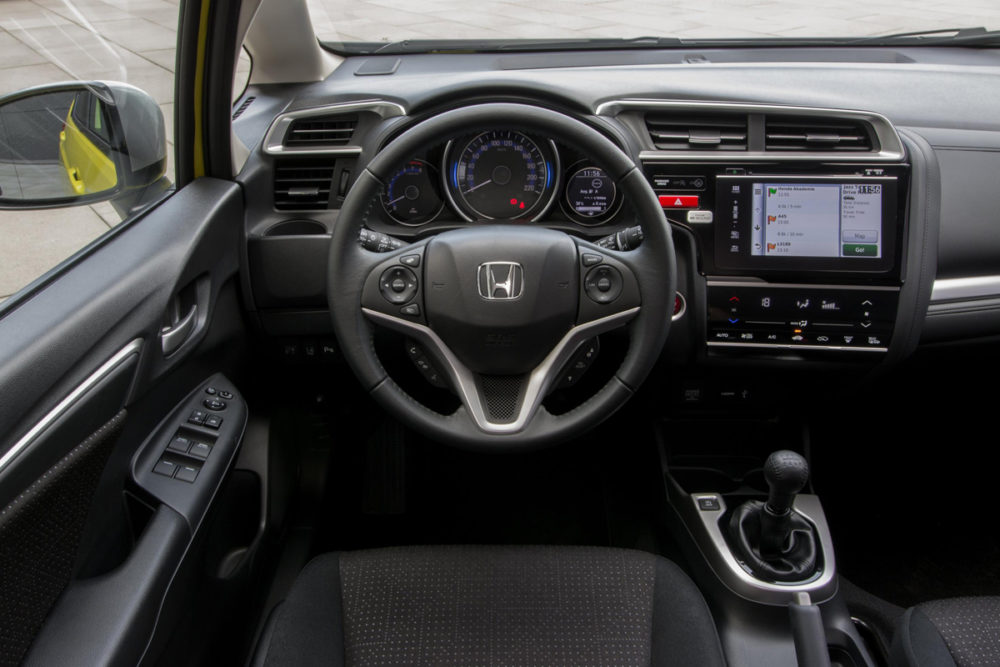 Fuel consumption was good at an average 42.2 mpg and compared with the claim of 57.6 mpg. That’s a miss of only 26.7 per cent, which puts the Jazz in the top echelons of car maker honesty and accuracy. Grey tops will inevitably improve on this economy easily.

If more than £18,000 torpedoes your budget, there are much cheaper versions and prices start at £13,495 for the S. That includes the all important Magic Seats, and standard convenience features such as air conditioning, cruise control with speed limiter and dusk sensing auto lights. Every grade comes with Honda’s City-Brake Active to help avoid low-speed accidents.

Smart entry
The mid-grade SE model, priced from £14,595, adds front and rear parking sensors, electrically adjustable and heated door mirrors. If you opt for the top-grade EX model, from £15,715, you get smart entry and start, automatic climate control and six-speaker audio upgrade. Styling is enhanced with 16-inch alloy wheels and front fog lamps.

This new Jazz retains the identity of the old one, but has what Honda calls a powerful new face and strong character lines. A new platform increases overall length by 95 mm, but highly efficient packaging means that the latest Jazz is proportionally even bigger on the inside than the previous generation model. You can have a six-speed manual gearbox or the newly developed 7-speed CVT.

I agonised long and hard about re-awarding the Jazz with five stars as the best small car around. There’s another demerit I’ve found with owning two Jazzes over 10 years. The cost of servicing and maintenance has been huge, although now there are very good package deals you can buy which makes this more affordable.

Wrinkly market
In Honda’s favour, on my current, eight year-old Jazz I had a problem with the CVT automatic gearbox and was threatened with a huge bill quite soon after the warranty ran out. But Honda took responsibility and paid up. I’ve pointed out the lack of performance, but when you consider the wrinkly market the car is aimed up, that doesn’t resonate seriously with potential buyers. When you combine the quality, the looks, the utility, the driveability and economy, the fact that it costs a bit more is quite justifiable. The Jazz truly is the best small car around. 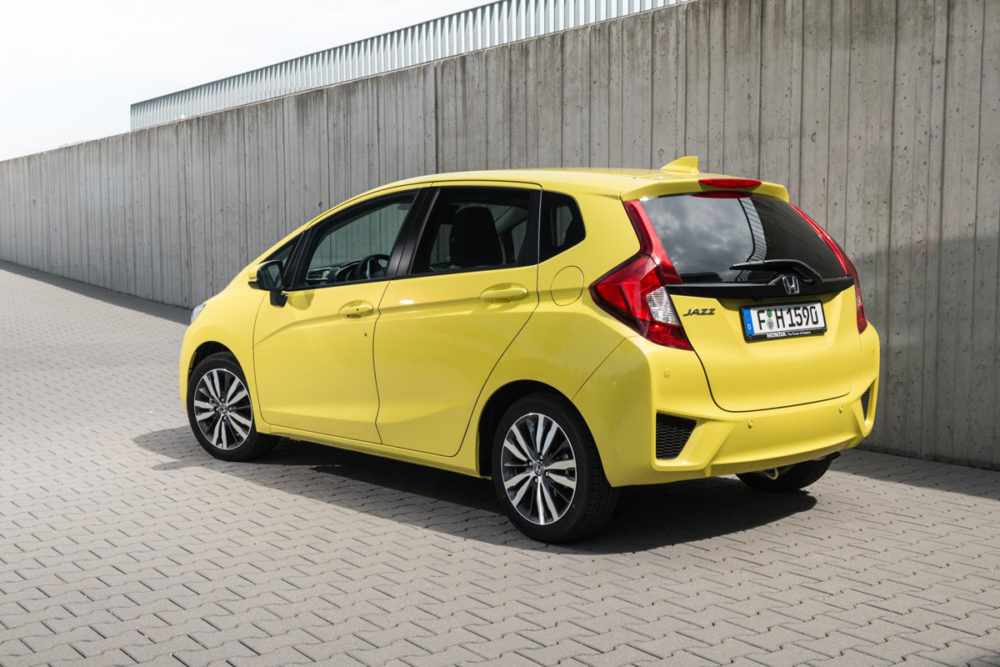