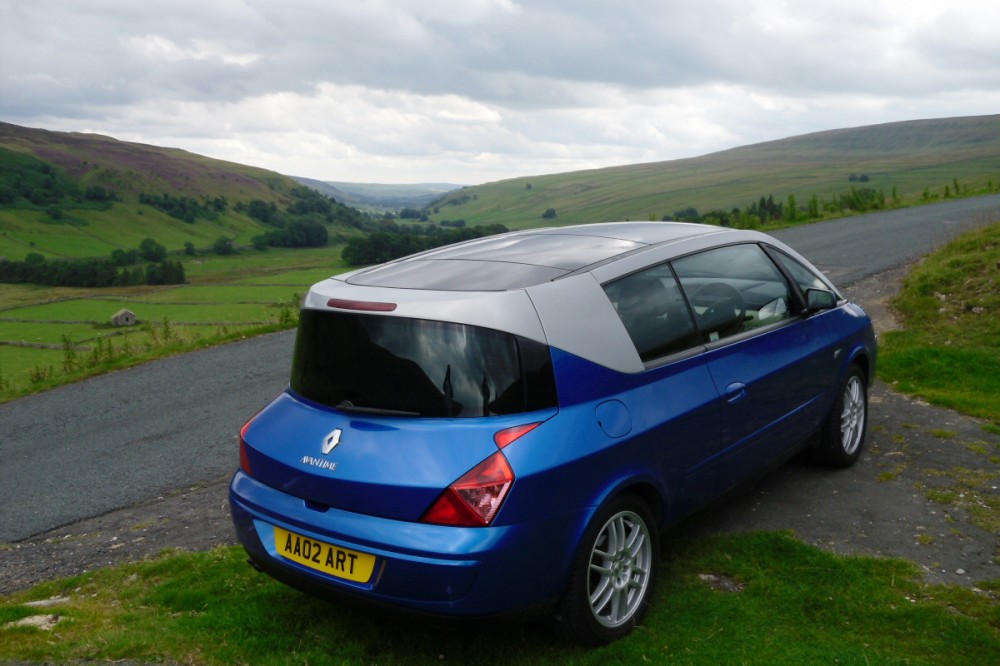 “Disasters like Vel Satis, Avantime showed this didn’t work. The whole process is littered with failure. And people want to repeat the failures?”

Europe’s tentative recovery after reaching 20-year car sales lows ought to promise hope for ravaged bottom lines, but some mass manufacturers seem determined to jeopardise their already rocky finances by reverting to tried and tested ways of losing money.

Instead of just slashing excess capacity, cutting costs, and facing up to the threat from Korean manufacturers Kia and Hyundai by producing handsome cars which sell on their merits with cast-in-concrete guarantees, many of Europe’s loss makers are opting for a delusional and well-travelled dead-end street. They are trying to maximise profit margins by moving upmarket into German luxury territory now owned by the likes of BMW, VW’s Audi and Mercedes-Benz.

This is a well-documented direction if you seriously want to lose lots of money. Saab of Sweden went bankrupt trying to do this. Its compatriot, now Chinese owned Volvo, is still trying. Renault of France has two entries in Bernstein Research’s top 10 money losers of all time with its Laguna and Vel Satis and combined red ink of $3.7 billion. Even Volkswagen of Germany has fallen foul of this hubristic route. Its attempt to match Mercedes with its ill-fated Phaeton has lost $2.7 billion so far, and it still hasn’t spiked the project, according to Bernstein.

Moody’s Investors Service, in a recent report, said four of Europe’s biggest car makers – Ford Europe, GM Europe’s Opel Vauxhall, Fiat-Chrysler and Peugeot-Citroen – are expected to lose a combined $6.6 billion this year, about the same as in 2012. Renault of France is doing a little bit better, thanks to the success of its cheap and cheerful Dacia subsidiary, which produces cars aimed at the third world, but which are also doing well in financially hard-pressed Europe.

Vignale
At the Frankfurt Car Show last month Ford of Europe unveiled its Vignale concept and Renault pulled the covers off the Initiale Paris, both declaring they were going upmarket. Peugeot, in which GM has a seven per cent stake, previously declared that it was differentiating itself from its more workaday Citroen partner by moving upmarket, as though by merely saying the words, the deed was done. Ford said the Mondeo (Fusion in the U.S.)-based Vignale, in a price bracket that lines it up against the BMW 3 Series, Mercedes C class and Audi A4, would get bigger wheels, more chrome, leather interior, fancy paintwork and technology to help parking. Ford dealerships selling Vignale would have airline business-class like lounges and the cars would qualify for free washes for life.

Some analysts wondered why Ford didn’t use the Lincoln brand name if it was moving upmarket in Europe. This doesn’t augur well for Lincoln because it is believed Ford reckons the brand must be able to survive outside of the U.S. to have a long-term future. Opel-Vauxhall has yet to unveil any plans to move upmarket, although GM vice-chairman Steve Girsky said earlier this year that its new Opel-Vauxhall Cascada convertible could compete with the Audi A5. Nissan of Japan’s Infiniti near luxury subsidiary is also building up in Europe.

Garel Rhys, emeritus professor of Motor Industry Economics and director for Automotive Industry Research at Cardiff Business School, has seen this all before.

“It’s amazing really that people who run car companies simply fail to learn from history. They haven’t a clue what the consumer feels or desires because they don’t go through the process themselves. They are given cars and don’t have to go through the angst that normal consumers do to decide true value for money. They have this arrogance, this hubris. They think that they can just say the word and off they go up market,” Rhys said.

Lotus Cortina
Rhys did concede there had been some examples when mass car manufacturers produced some “go-fast” versions of their bread and butter cars to improve profit margins in the 1970s, with Corvettes and Mustangs in America and the Ford-Lotus Cortina in Europe and later Ford Capri 3000 and VW Golf GTi. But attempts to enter the luxury sector have usually come a cropper.

“Ford tried to do that with the Edsel. Only Toyota with Lexus, and it cost a fortune to do it, is the exception that proves the rule. Disasters like the Vel Satis and (Renault) Avantime showed moving upmarket didn’t work. The whole process is littered with failure. It is interesting that people want to repeat the failures,” Rhys said.

John Wormald, analyst with British automotive consultancy Autopolis, agrees, but points out that Fiat to its credit has resisted the notion.

“This is delusional. It takes more than wanting to and throwing in a few gadgets and freebies to create an up-line (luxury) brand. They all have a long established brand image, rooted in long tradition. Mercedes and Audi reach back to pre-1939 racing. Jaguar and (Fiat’s) Alfa have their own traditions. BMW was the upstart but that was 40 years ago. Every attempt by the volume makes to break in has failed. Indeed, why on earth would someone buy a priced-up Ford or Renault if they can get a Mercedes or BMW for the same price,” Wormald said.

Wormald said this is a strategy of desperation.

“They are caught between the real (luxury) brands and the Koreans who have improved so greatly they are now volume mainstream, solidly in both Europe and North America,” Wormald said.

“Europeans need to cut capacity – and excessive products – and really concentrate on the cars the mass market wants,” he said.

“It means Fiat’s resources are concentrated on its traditional area of strength, small cars,” said Wormald.

Emmanuel Bulle, analyst with Fitch Ratings, agreed that it was difficult for mass car makers to face down the Germans, but had some sympathy for their plight.

“It always strikes me how non-premium manufacturers still believe they can fight with established German names. But to be fair, I guess they, or at least some of them like Renault or Citroen, seem to try a sort of alternative approach by offering different vehicles and not the traditional sedan to compete in the high-end segment,” Bulle said from his Barcelona, Spain, office.

A bigger problem though could be the Germans moving down into traditional mass market territory.

“The obstacle they will soon face, or are actually already facing, is that traditional German brands invade their segments,” Bulle said.

This refers to small cars like the BMW 1 Series, BMW Mini, Audi A1, and Mercedes A class moving down market, but still claiming high margins at the expense of lesser mortals.

Not so sniffy
There is also the danger that this expansion by the Germans could in fact endanger their own brand power because the increased volume would devalue their former exclusivity.

But Bulle said all was not lost for the mass car makers because emerging market customers might not be quite so sniffy about attempts to move upmarket.

“In China the car culture and history is quite different. DS works better in China than in Europe. And this is where “volume moving premium” may have the best chance of succeeding in my view,” Bulle said.

Citroen has added the DS moniker to its down market cars, trying to remind buyers of its pioneering role in the 1950s and 1960s, but leading to criticism that they were just blinged-up, superficial attempts to cash in on a famous old name.

Professor Rhys is not convinced.

“This is not the road to salvation and it is interesting that these companies insist on repeating the mistakes of the past. These are compelling lessons of history; sometimes there are exceptions to the rule but it’s pretty rare. There’s a greater chance of a yeti getting to the White House than these products becoming really successful,” Rhys said.