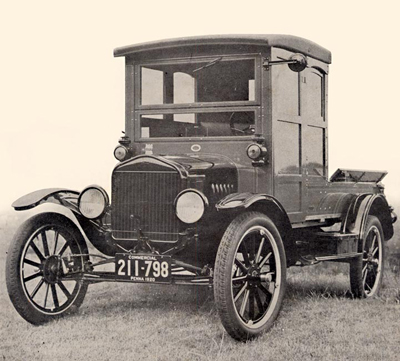 PARIS Some economic Cassandras predict the Western world is about to revert to the living standards of a century ago, so it’s a good time to find out what it would be like living with the first production motor car, the Ford Model T, which first clanked out of a factory in Detroit, Michigan on October 1, 1908.

(I’d have thought that Ford would have wanted to demonstrate the depth of its heritage by showing one on its Paris Car Show stand. But it didn’t. It might have diverted attention from its nifty new little Ka.)

First, the good news. 100 years ago the price was only $850, although that translates into a figure unaffordable to ordinary people today. You wouldn’t have needed to buy a burglar alarm; the car was so complicated to drive, even the lack of doors would have still made it untouchable to most thieves.

That’s about it for the plus column. 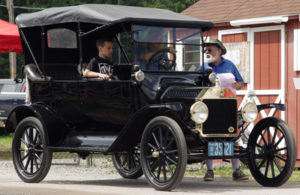 The Model T, like a modern car, had three pedals on the floor, but there the similarity ends. The accelerator is a lever on the right side of the steering wheel. The pedal on the left is the clutch for the two forward gears, the pedal in the middle engages reverse, and the one on the right is the brake. There was no starter button. To fire the engine you muscled the crank handle at the front of the car, taking care it didn’t kick back and break your wrist. Another good idea was to engage the powerful hand brake; that made sure the car didn’t fire up and run over you. 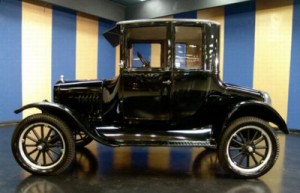 Fuel efficiency wasn’t too good either.  Early Model Ts achieved between just under 16 mpg in town to 25 mpg on the open road. That adds up to average carbon dioxide (CO2) emissions of about 340 grammes per kilometer, marginally better than a modern 4.2 litre V8 Aston Martin. Don’t forget that the catalytic convertor, mandatory on modern cars, has eliminated nasty emissions like carbon monoxide, hydrocarbons, a major component of smog, and nitrogen oxides. Modern engines are virtually free of harmful stuff.  Model Ts spewed out huge amounts of poisonous gases.

The steering and brakes were hopeless compared with modern cars. There was no high-tech braking system to stop you skidding, or a computer to intervene if you approached a corner dangerously fast. If you crashed the Model T, the body wasn’t designed to gradually absorb the impact. There was no glass windscreen to slash your face, but no air bags or seat belts either.

Mass production of the Tin Lizzie brought the price down to about $250 by 1925. Output stopped in 1927, when more than 15 million had been made.

Henry Ford’s reported claim that you could have any colour as long as it was black was not borne out by the huge number of blue, red, green and grey model Ts chugging around. 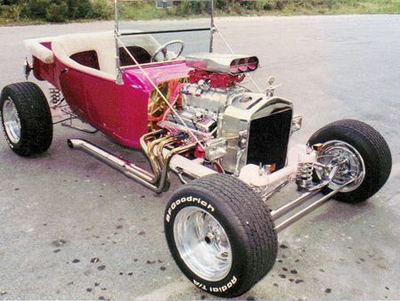