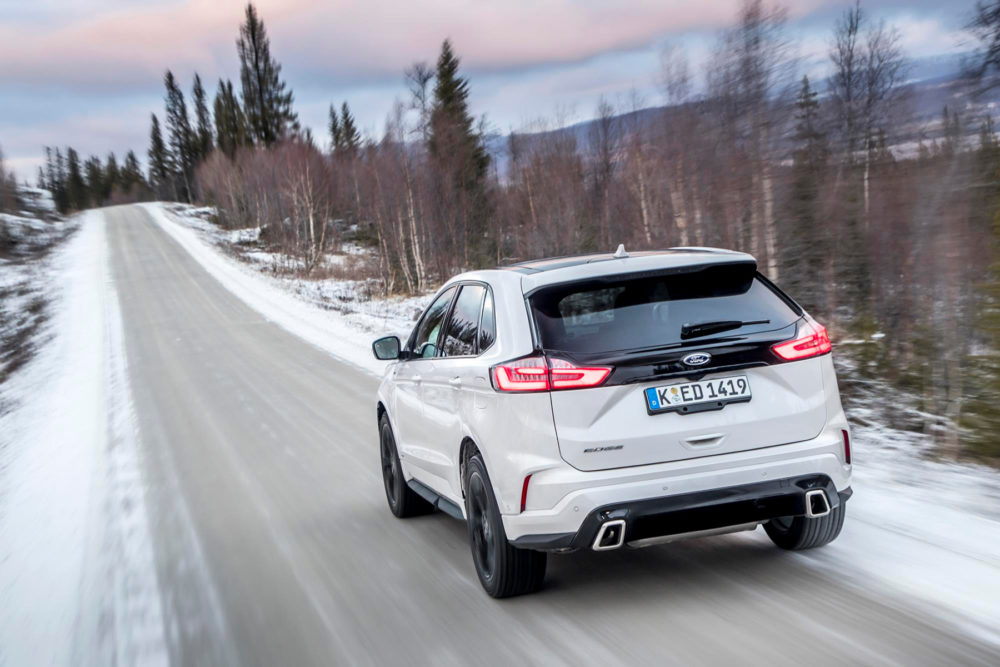 “Ford Europe doesn’t have the scale required to be profitable. The latest plan was too little too late. Unless a partner is found, Ford might be forced to shut one a factory or sell leave Europe”

Ford Europe’s plan for a return to profitability was short on content and detail and investors said it would require more drastic action like a partnership to reach the goal of a 6% profit margin.

They didn’t rule out the possibility that Ford might yet follow General Motors and abandon its European business.

Cuts of up to 30% in headcount and capacity might be required, according to analysts. Losses may hit up to 6% on the way to the target.

Ford Europe has a Western European market share of about 6.4%, about the same as high-profit margin manufacturers Mercedes and less than BMW and Minis’ combined share of close to 7%, according to the European Automobile Manufacturers Association.

It is much smaller than Volkswagen and its multibrand’s 23%, and the PSA Group of Peugeot, Citroen, Opel and Vauxhall with 16.5%. Without some form of cooperation, Ford cannot compete on costs with its biggest competitors.

The expected alliance with VW only envisages vans and electric cars, but investors are hoping it might lead to something much more significant. An announcement is expected next week at the Detroit Auto Show.

On Thursday, Ford Europe announced that as part of the parent company’s $14 billion reform plan, it would lay off an unspecified number of its 54,000 workforce, cut back on vehicles that weren’t contributing to the bottom line, and electrify the remaining ones.

Investment researcher Jefferies said the plan could have been more ambitious.

Conventional
“We view the plan as fairly conventional and 6% EBIT (earnings before interest and tax) margin target consistent with other (manufacturer’s) ambitions in Europe. Bears may still have hoped for an exit or downsizing to only commercial vehicles, which was not an option in our view,” said Jefferies analyst Philippe Houchois.

Professor Ferdinand Dudenhoeffer, director of the Center for Automotive Research (CAR) at the University of Duisburg-Essen, said Ford Europe doesn’t have the scale required to be profitable in Europe. The latest plan was too little too late, and unless a cooperation partner was found, Ford might be forced to shut one of its factories, or sell the business and leave Europe.

Reuters’ Breaking Views column described the plan as belated and said without a partner the chance of reaching the profit target any time soon was negligible.

“Getting there (to 6%) could prove unrealistic, however. At its current margin (negative 0.8% in the first 9 months of 2018) Ford Europe would make an operating loss of $294 million in 2023. That suggests (Ford Motor CEO) Hackett’s regional lieutenants must cut $2.4 billion off the unit’s annual cost base to hit the margin target. French and German union will make it tough to achieve that through lob losses alone. Ford’s measly share of the automotive market in Europe means it probably lacks the economies of scale in the region to match slicker rivals’ levels of productivity,” Breaking Views columnist Liam Proud said.

Partner required
“That’s where a partner can help,” Proud said.

Late last year Ford Europe reshuffled its leadership ahead of the expected shakeup. It said then it wants to concentrate on profit-making SUVs and vans and to cut loss-making vehicles.

Ford has been discussing collaboration plans with Volkswagen, which so far have centered on vans. This might be extended to cover electric and autonomous vehicles. Investors hope for more.

Investment bank Morgan Stanley suggested Ford Europe’s plan was “not transformational enough”, and was an opening offer for unions to consider in upcoming talks.

“We believe Ford Europe could require as much as a 20 to 30% reduction of capacity and headcount, combined with significant execution on product to be in position to achieve its 6% margin long term. We see greater risk of a negative 6% margin for Ford Europe before we get there,” Morgan Stanley analyst Adam Jonas said.

“The actions appear more incremental than radical but we acknowledge the situation can and likely will change over time,” Jonas said.

The Wall Street Journal’s Heard on the Street column was also less than impressed in an article headlined “Ford Needs A Deal More Than Cuts”, and suggested GM’s decision to leave Europe made more sense.

“The turnaround plan was light on detail, focussing on how Ford will organize its European arm rather than how many jobs it will cut or when and how it will reach the 6% margin. This is partly because Ford needs to negotiate with unions, but it won’t dispel investors’ suspicions that Chief Executive Jim Hackett prefers theorizing to action,” Heard on the Street columnist Stephen Wilmot said.

“We note that Ford is good at “targets” and not great on execution. We await more concrete details on how Ford will achieve this plan,” Evercore ISI analyst Arndt Ellinghorst said.

JLR Needs To Shake-up Jaguar, Own Up To Missteps
Auto Technology Revolution Looks Unstoppable, But Slow