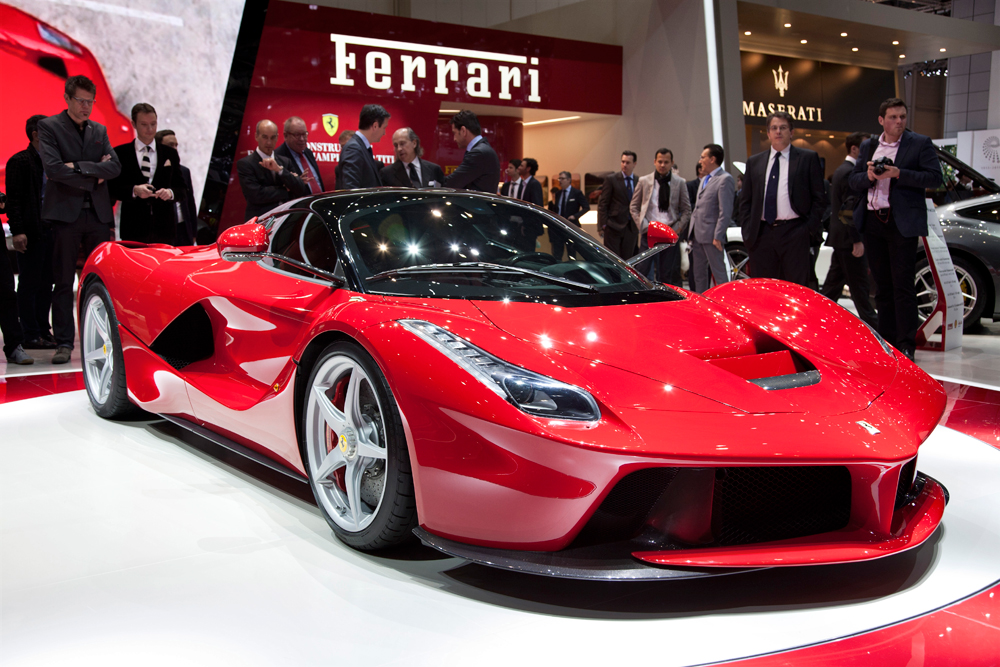 “Marchionne is a gambler. He likes to take risks but it’s paid off so far”

CEO Sergio Marchionnne has finally nailed down the merger of Fiat and Chrysler and the next stage is creating an organisation fit to challenge global  leaders like Toyota, General Motors and Volkswagen.

But critics wonder if this might be jeopardised by the enterprise’s massive debts, currently costing about $2.7 billion a year to service and crying out for action. That’s a cripplingly huge amount of money, enough to fund at least two new models a year, maybe up to four with the latest technology. Fiat is having a hard time in Europe, and has been forced to delay crucial investment needed to freshen up its ageing vehicle line-up like the Punto hatchback. Prospects would be rejuvenated if interest costs could be diverted to new cars, and critics wonder if solving this problem could force FCA to grit its collective teeth and sell off the family silver in the form of the two Italian luxury brands.

If Marchionne intended to sell Ferrari and Maserati he would have already done it, and FCA has enough cash to avoid this action, according to Professor Ferdinand Dudenhoeffer of the Center for Automotive Research (CAR) at Germany’s University of Duisberg-Essen.

“Selling Ferrari and Maserati could be a strategy, but I think if he (Marchionnne) wanted to do this he would have done it already with stock market prices being so high,”  Dudenhoeffer said.

But Dudenhoeffer described Marchionne’s plans as a gamble and pointed out that the $4.35 billion deal to buy the 41.6 per cent stake it didn’t already own in the Chrysler stake owned by the United Auto Workers healthcare trust, was a effectively a choice between new models now, and making sure he wrested veto over future company plans from the unions.

“That’s a risky game. Marchionne is certainly a gambler. He likes to take risks but it’s paid off so far,” Dudenhoeffer said.

Dudenhoeffer said FCA has a long way to go before it can compete on a par with the biggest companies. It’s combined annual volume now is about 3.5 million vehicles.

“It’s still the size of Honda, and there’s a long road to go to be like even Hyundai-Kia (of Korea) or (Franco-Japanese) Renault-Nissan. In the past he’s always taken a lot of risk and this has helped Fiat survive,” Dudenhoeffer said.

International Strategy and Investment analyst Arndt Ellinghorst said FCA’s debt problem was huge but manageable even without selling off any prized assets.

“I don’t think Fiat Chrysler can sustain the level of investment they would need to run the operation with 10 billion euros ($13.6 billion) of net debt. The market expectation is that the company needs to recapitalize. Sell Ferrari and Maserati? These are the good parts of the business which they really want to hang on to. There’s no immediate liquidity urgency, but still the situation needs to be at the top of their priority list,” Ellinghorst said.

Marchionne has promised a detailed long-term plan for FCA in May. Should this include a big investment plan for storied sports car brand Alfa Romeo, long a loss-maker, starved of product, but set to be relaunched soon in the U.S.?

“It will take 15 to 20 years to turn around Alfa Romeo. We are more interested in how Chrysler closes the profitability gap with GM and Ford. Chrysler has a pretty solid business in the U.S. which can finance a lot of development, Latin America provides good exposure, and provided Fiat doesn’t lose too much money in Europe, the fully combined entity is not as bad as it might appear to those who have been looking just at Fiat over the years,” Ellinghorst said

Chrysler the upside
“The upside for the business comes from Chrysler, and not any part of Fiat,” he said.

A more jaundiced view of FCA’s prospects comes from Max Warburton, analyst with Bernstein Research. Warburton says Fiat’s Brazilian operation, long a license to print money, has stalled and is unlikely ever to return to its former glory. He describes Fiat’s European mass market operation as a lost cause. Chrysler profitability looks to have stalled also.

“Luxury cars, with Maserati already exceeding expectations and new plans for Alfas about to be announced. And Asia becoming important for profits and likely to go higher with Jeep production. Plus some complex refinancing actions, bringing the balance sheets of Chrysler and Fiat closer together that will lower interest rates,” Warburton said.

CAR’s Dudenhoeffer also points to Asia as a crucial area for FCA.

“I think an important area for Fiat is China. We will see whether there is enough money to make a big move in China. If they don’t, there will be a problem,” Dudenhoeffer said.

Too big to fail
John Wormald, analyst with British automotive consultancy Autopolis, makes Warburton look positive with his view that the plan to combine Chrysler and Fiat is symptomatic of the industry’s general failure to face up to problems over the years and come up with realistic solutions.

In Europe, crucial decisions on over-capacity have been delayed because governments were desperate to avoid the political fall-out from the closure of a plant which often employed thousands. Solutions often meant saddling companies with liabilities which would come back to haunt them later, when the politicians were retired and beyond punishment from voters. Chrysler’s bankruptcy survival also owed much to U.S. government intervention, as well as input from Fiat as the Italian company raised its stake gradually from an initial 20 per cent for free in 2009 to 58.5 per cent, by mainly adhering to agreed targets.

“The interest burden sounds enormous, but this is what happens when you try to sustain the living dead. The whole volume car industry is chronically ill financially. FCA is just one of the worst. The problem is that no-one ever goes out of business, which is the natural remedy. They all get bailed out by governments terrified of the loss of jobs. Just like the banks – too big to fail,” Wormald said.