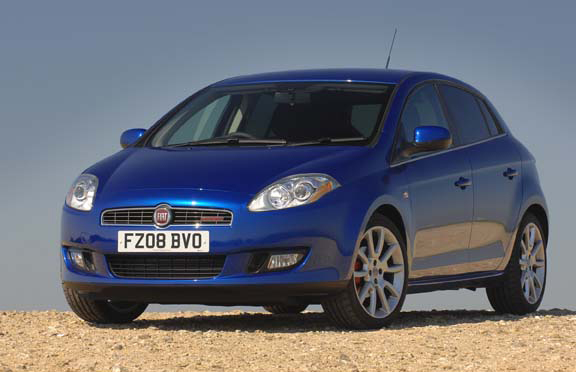 New Small Petrol Engine The Shape Of Things To Come
1.4 litre Powerful, But Economy Falls Short
**** out of 5

The Fiat Bravo is one of those rare cars that is so beautiful, people will buy it just for its looks. That is especially impressive in the small family car sector of the market, dominated by the Volkswagen Golf, where the main styling theme seems to be “Whatever you do, don’t offend”.

The Golf itself looks bland, and not that much different from a 20 year old model. Styling also reflects the long-term success of a car. There is huge pressure to leave well alone if the car has sold well.

That explains why Fiat felt able to be adventurous and why the Golf looks so, recognisable. Previous Fiats, like the Stilo which the Bravo replaces, had bombed at the box office. The Stilo almost bankrupted the company. Making the replacement look completely different from the old one was an imperative. 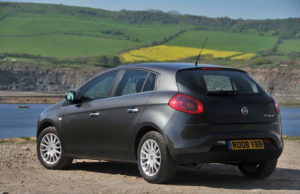 The Fiat Bravo is not just a pretty face. At the launch in Rome a couple of years ago, the Bravo introduced a fantastic new engine, the 150 bhp 1.4 litre T-Jet. This was clearly an example of the way things were going in the car industry. Pressure to squeeze more miles out of the fuel tank means engines will get smaller, but thankfully, without the loss of performance because of turbo-charging. Fiat says this engine produces diesel-like flexibility, and gives the performance of a 1.8 to 2.0 litre engine but with a reduction in fuel consumption of between 10 and 20 per cent. The T-Jet needs less maintenance than conventional petrol engines, with the first service due at 18,000 miles-30,000 kms.

T-Jet
Having driven the car with the 150 bhp T-Jet engine for a week, I can attest to the liveliness and flexibility of the engine, but I was unable to get close to Fiat’s claim of an average 39.8 mpg-7.1 l/kms. I managed 31.1 mpg-9.1 l/kms, that’s a shortfall of 22 per cent. I only filled the car a couple of times over the 255 miles of driving, so I’m not prepared to say my numbers are definitive, but they aren’t promising. 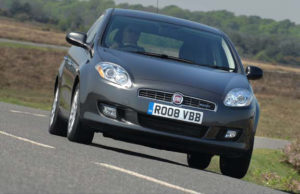 Living with the car though was impressive. And it does look good, both outside and in. A friend of mine seeing the Bravo on my driveway said “That looks nice; is it an Alfa Romeo?”  From the front, the design hints at Maserati for me. From the side the car’s waistline sweeps upwards towards the rear with the small rear windows exaggerating the sporty effect.

The quality of the interior is almost up to German standards. The dials and switches were nicely tactile and looked terrific, although I had great difficulty seeing what the recessed speedometer was telling me. The radio and audio were top notch, although it took me a while to figure out how to turn it on and off. (To turn it off you don’t press, you press and hold for a couple of seconds).

Vague
On the road the car was lively, with a neat six speed manual gearbox and steering a bit on the vague side. The gearbox seemed to direct me to 3rd sometimes from 6th at lower speeds when changing down, and I never found out whether this was the work of the car’s computer, or just serendipity. The pedals felt too close together for confidence. The get up and go was indeed more two litre than 1.4. 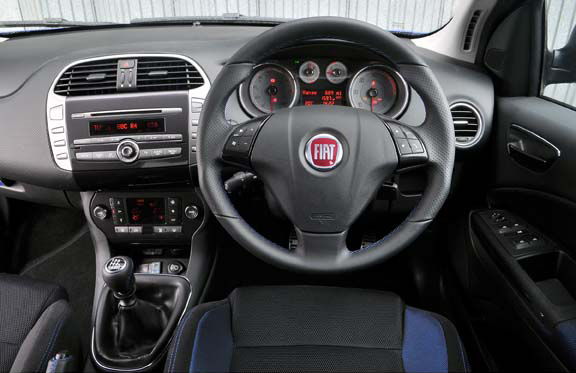 There was limited space for rear passenger’s heads and feet. The luggage space is ample although the rear seats don’t fold flat enough to make loading a bike with wheels easy. I managed to do this with a struggle. The boot releases when you press the badge on the back, but to lift it up you have put your fingers under the edge. There’s no handle. 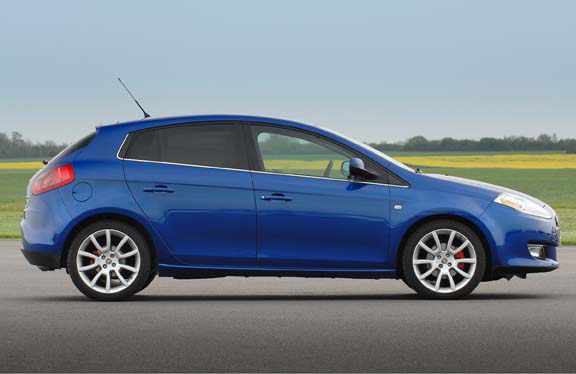 The Bravo is a very impressive, beautiful and practical little machine with a fantastic, high-tech engine. Only the Kia Ceed comes close in terms of looks. The economy side of the deal seems to need work. 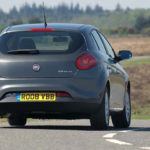 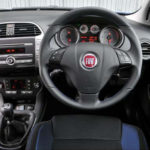 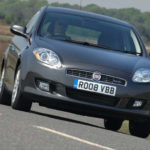 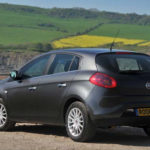 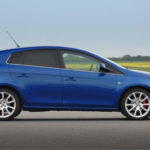 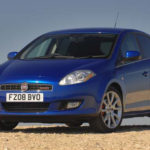 Renault, Via Nisssan, Could Gain From U.S. Recovery
Hyundai i20 review