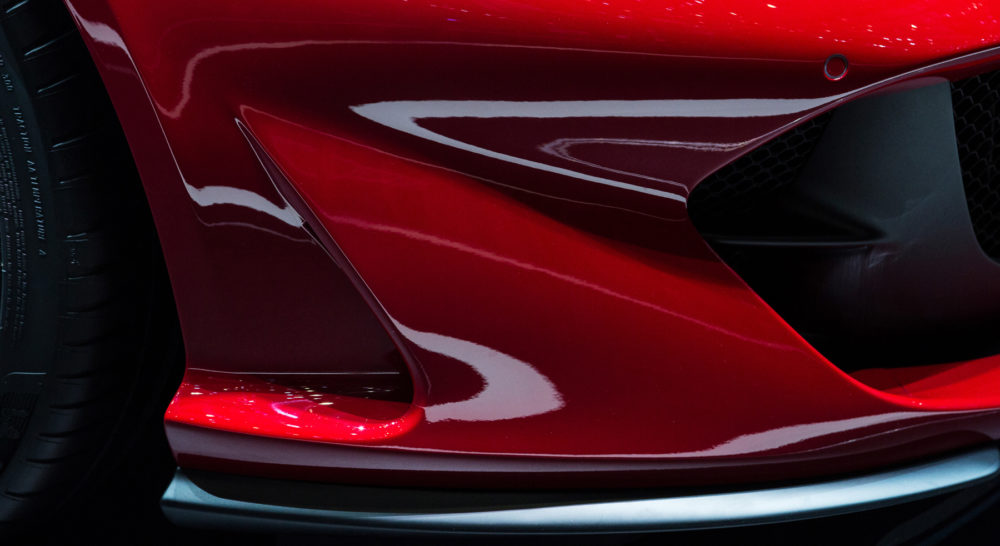 Ferrari’s latest financial numbers reassured investors who worried that increasing sales might undermine the exclusivity of the brand. One investor pointed out that the long held view that global sales of over 10,000 might trigger swingeing U.S. fuel efficiency rules might not be accurate.

Ferrari, spun off from Fiat Chrysler Automobiles in 2015, said first quarter profits rose to €242 million from €178 million in the same period of 2016 on the EBITDA measure (earnings before interest, taxes depreciation and amortization).

“Ferrari is demonstrating margin performance 3 years ahead of our expectations and is pursuing the balance of aggressive line expansion while preserving the hyper-exclusive mystique of the brand,” Jonas said.

At the Geneva Car Show earlier this year Ferrari unveiled the new 812 Superfast, an undated version of the F12 Berlinetta with a 6.5 litre V-12 engine producing 790 hp and 211 mph. The first quarter also benefitted from sales of the LaFerrari Aperta convertible.

After the results news the Ferrari stock price surged to €72.45 euros. By mid May it was just over €75.

Target price
Jonas said his target price for Ferrari is now the equivalent of just over €91 euros. He said Ferrari is seriously contemplating breaching 10,000 sales a year, long thought to be a maximum.  The conventional wisdom was that if Ferrari exceeded 10,000 sales a year it might do long-term harm to the brand’s exclusiveness. Also that number triggers harsh fuel economy and emissions requirements in the U.S., its biggest market, or least it did under the Obama administration.

“We look for Ferrari’s high quality earnings to double in approximately 5 years,” Jonas said in a report.

Bernstein Research analyst Max Warburton said the 10,000 U.S. figure is more flexible than previously thought because two strands of government are involved. The 10,000 figure is from the National Highway Traffic Safety Administration. It is a global figure and simply incurs fines if breached. But the Environmental Protection Agency says if sales breach 5,000 in the U.S., vehicles which breach the fuel efficiency rules simply can’t be sold in the U.S. That is about twice the current level of Ferrari sales there.

Berenberg Bank analyst Fei Tang said if the first quarter profit rate was maintained, based on sales of 8,400, EBITDA profits this year would be €1.05 billion, excluding hedges.

Ferrari has targeted €1 billion euros of EBITDA by 2019, so this would be way ahead of expectations.

Citi Research also reckoned the 10,000 perceived ceiling can be breached without any nasty side effects.

“The future of Ferrari involves volume growth. It won’t be excessive – to keep the brand exclusive – but the prior 10,000 ceiling related to emissions regulations is no longer seen as an impassable hurdle. We think Ferrari can raise prices, grow volumes and reduce operating costs in unison. To our minds 1Q17 illustrated just that,” Citi Research analyst Michael Tyndall said.

“We see significant potential for volume growth. We’d argue there is an element of the higher the price the more the appeal with Ferraris, but we see exclusivity as a price driver too. That being said, we think volumes can grow significantly without risking exclusivity,” Tyndall said.

Tyndall pointed to the Porsche example of rapidly increasing sales while keeping the brand integrity, which since 2000 have grown 5 times while the price of its core 911 has improved.