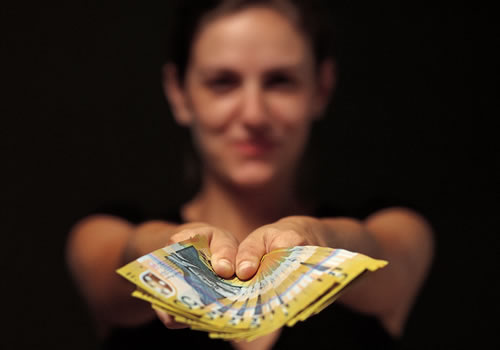 If you have been following the goings on in the European auto industry by just reading headlines over the past couple of weeks, you are in for a shock.

The headlines hint at a rose-tinted future, but the underlying European economy points in a different direction.

“Despite all posting strong (second quarter) earnings results, most mass manufacturers are warning of weak European car demand in the second half of 2010 and visibility into 2011 remains poor,” said J.P.Morgan analyst Ranjit Unnithan.

“Volkswagen profits sky-rocket”, said stories about Europe’s market leader. The French media was lauding the performance of its favorite sons Renault, and Peugeot-Citroen, which turned a horrendous 2009 of combined losses topping $5.5 billion, into modest black numbers in the first half of 2010. Fiat of Italy, which now owns 20 per cent of Chrysler, managed to improve its profits, but this was mainly due to its activities in Brazil.

GM Europe’s Opel-Vauxhall lost $200 million in the second quarter before interest and taxes as its Western Europe market share dipped to 8.4 per cent in the first half of 2010 from 8.9 per cent in the same period last year, according to AID. Ford of Europe made a second-quarter pre-tax operating profit of $322 million, up from $57 million during the same period last year, and well above the $107 million profit in the first quarter. In the first half, Ford Europe’s Western Europe market share slid to 8.6 per cent from 9.1 per cent.

And the German premium manufacturers seem to going from strength to strength, but that hides a potentially dangerous reliance on China. According to Deutsche Bank, in July, China accounted for 17 per cent of total sales for VW’s Audi, Mercedes and BMW, compared with only two per cent, five years ago. BMW reported startlingly better earnings in the first half a couple of weeks ago. Citigroup Global markets said China accounted for about 12 per cent of BMW’s sales, 15-20 per cent of revenues and 30 per cent of profits.

Edge of a cliff
The truth is that Europe’s mass car manufacturers are on the edge of a cliff. Hugely expensive scrapping incentive schemes are all but exhausted, and payback is imminent as sales brought forward by government inducement leave a black hole in markets. European economies are tottering on the brink of a dreaded double-dip recession, as governments scramble to slash budgets and bring spending and deficits under control. No sign of any Obama-like – just one more heave of borrowed money and all will be well – in Europe. The determination of European governments to slash and burn before Greek-type retribution is taken has inflamed trade unions. A Europe-wide day of action has been slated for September 29, and that isn’t going to persuade shell-shocked consumers that now is a good time to buy.

“The harsh reality is that the outlook is dreadful. With the end of various government incentive programs for car buyers, the auto industry is going nowhere, just when the Chinese market, a big bet for many global players, is slowing down,” said the “Think Again” column in the Wall Street Journal Europe.

“Consolidation is urgently needed, but it won’t come easily, meaning the sector risks being left awash in overcapacity and with structural inefficiencies all along the value chain,” the column said.

At a June conference in Bilbao, Spain, Ford Europe Chairman and CEO John Fleming said overcapacity in Europe had reached 35 per cent and was getting worse.

Stagnation
The Wall Street Journal column pointed out that European auto manufacturers’ stock prices had stagnated, and are currently more or less the same as August 2009, 2008 and 2006. There is little mergers and acquisitions activity on the horizon to excite investors, although Fiat is separating its car business from the agricultural and truck activities early in 2011, and VW promises to take-over the Porsche luxury sports car business, soon.

“Daimler (which owns Mercedes) should unlock shareholder value by spinning off its truck unit, and it remains a mystery why Peugeot isn’t deconsolidating its money-draining Faurecia auto supplier from its balance sheet,” the column said.

Meanwhile, forecasters are slashing their targets for West European sales. J.D.Power now thinks sales will slide 6.9 per cent in 2010, after it previously reckoned a 5.7 per cent decline was likely. This came after July sales dived 18.5 per cent. Germany, Europe’s biggest market, is in free fall, down 30 per cent in July, the fourth month in a row that sales have dropped more than 30 per cent.

Standard and Poors now thinks sales will drop 10 per cent in 2010 and weakness will continue into 2011, forcing manufacturers to throw money at customers if they are win orders.

Tougher comparisons
Citigroup Global Markets analyst John Lawson said until now, sales have looked more respectable because they only had to compete with weak results last year. Now even that is unlikely.

“July data for Europe provides an early taste of the material year-on-year contraction Europe’s car market is likely to suffer over the next nine months – but in this case without the excuse of a particularly high prior period comparative,” Lawson said.

IHS Automotive analyst Tim Urquhart said it may be too early to predict a double-dip recession in the European car market.

“(But) it appears highly likely that the 2010 market will record a significant decline on 2009’s level with year to date sales total falling behind for the first time this year in July,” Urquhart said.

Urquhart said the cash for clunkers schemes across Europe had an important impact on vulnerable parts of the industry.

“There is evidence that the supply chain and dealership and distribution networks which were put under severe strain by the (financial) crisis saw their situations significantly alleviated. Many small and medium businesses vital to the industries infrastructure would have done to the wall without stimulus packages,” Urquhart said.

On their own now
IHS Automotive recently published the results of its study showing the impact of European subsidies. It said the combined net incremental gain was nearly 2.2 million additional sales, factoring out the pull-forward sales that the schemes have generated.

“In fact, even after factoring in some 700,000 sales from the pull-forward effect over the next two to three years, the scrappage schemes are estimated to have brought around 1.4 to 1.5 million “new” sales – in other words, consumers who would not have bought a new car before but who have entered the market as a direct result of these incentives. Although the downside is that there is a strong likelihood that these will be “one-off” purchases and will not swell the pool of new car buyers in the longer term, the schemes gave clearly had a net benefit in the toughest of times,” IHS Automotive said.

That was then. Now the money has run out. Manufacturers will have to make it on their own.