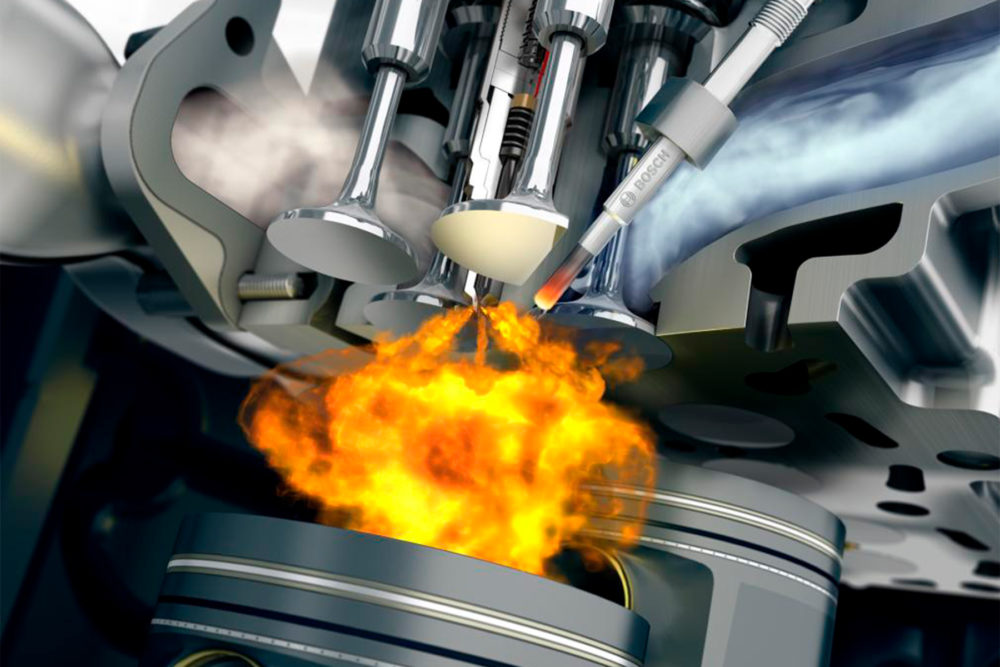 But Fiat Looks The Most Exposed.

Diesel is dying in Europe, destroyed by a combination of corporate skulduggery and political wishful thinking, and the only question now is, will its demise bring down some of the continent’s most formidable players in the process.

Europe’s big premium players like BMW, Audi and Mercedes, are most at risk from diesel’s problems, but Jaguar Land Rover (JLR) has the highest risk. All these companies should be able to find solutions to the problem with electrified vehicles. Fiat looks to be most exposed long-term. Mercedes’ languishing Smart city car subsidiary looks like getting a new lease of life, re-emerging as all-electric. The European industry awaits a German court decision later this month on the legality of cities banning diesels on health grounds.

The European industry has embraced diesel so wholeheartedly that premium players like BMW, Mercedes and Audi rely on it even for their most expensive range-topping sedans and SUVs. According to IHS Markit, last year across BMW’s fleet including Mini, 64% were diesel powered. For Mercedes the figure was 62%. For Indian owned and British based JLR, diesel power accounts for over 90% of their engines.

If these manufacturers find they can’t sell diesels, they will face existential problems because by 2021, the European Union (E.U.) has mandated a massive increase in fuel efficiency. Failure to comply means bottom-line busting fines. Investors hope a switch to battery-only and plug-in hybrid will close the gap, but so far the public hasn’t shown much interest in either because of a combination of expense, and range-anxiety for the electric option. Luckily for them, a new cheaper option may well save the day – the advent of 48 volt mild-hybrids could provide an affordable bridge to 2021 and beyond.

Diesel Dive
And the fall is quickening. In Germany, Europe’s biggest market, last month diesel sales dived to 33.3% of the market, from 45.1% in January 2017.

At the turn of the century, E.U. politicians were seeking ways to save the planet and cut the amount of CO2 emitted by cars, so they decided that diesel power, which gave up to 30% better fuel economy, should be encouraged. Various tax incentives were offered to persuade buyers into diesels, and the tax at the pump was cut so Europeans piled in. You can’t blame them either. Because of swingeing taxes, fuel in Europe costs up to three times as much as in the U.S. There was some reluctance at first to embrace noisy, dirty and sluggish diesels, but the German engineering magicians soon sorted that out. It wasn’t long before diesels were as fast as the most electrifying gasoline powered machines.

The trouble with the advent of government mandated diesels was the health implications of their Nox emissions. Some government appointed scientists attested to their harmlessness, but evidence has been mounting that diesel emissions pose a deadly threat to health. So politicians and environmentalists have been ganging up against diesel.

And now for the corporate skulduggery.

Volkswagen’s dieselgate scandal triggered the crisis in the fall of 2015 when it revealed it had fiddled data in the U.S. to pretend its diesel engines were clean. For the first time, potential buyers had to balance the benefit of fuel economy with the danger that because of bad publicity, the residual values of their cars were under pressure. That probably wasn’t helped by news Volkswagen admitted to testing its diesels on monkeys. Rightly or wrongly, all diesel manufacturers, were seen as co-conspirators.

Andrew Fulbrook, executive director of global powertrain and compliance forecasting at IHS Markit, said in an interview that the fall of diesel gathered pace from the summer of 2017.

“We began to see an increasing intensity of diesel demonization, predicated largely by misunderstandings from the media and political circles, in reaction to the VW situation, which in turn has led to confusion across the customer base, resulting in concerns over residual values, the prospect of potential city restrictions and I think to a lesser degree, genuine worries about the environment,” Fulbrook said.

Court decision
Later this month a German court will decide if diesel driving bans in cities are a legitimate tool for clean air quality. If the court allows these bans, action across Europe will mushroom and the future of diesel will indeed look fragile.

Fulbrook said new E.U. ‘RDE’ – real world driving conditions – regulation for diesels is already underway; a regulation that was agreed way before VW and dieselgate, and manufacturers have and will spend much capital to ensure compliance. Diesel sales will continue to decline, but to move the metal in an already depressed diesel market, the manufacturers will have to incentivize the consumers’ attention away from the adverse storylines.

The second phase of the RDE/real world rules, set for 2021, was always likely to tip the mass market business model away from diesel, leaving premium cars as the last main diesel proponent, he said.

“You will see them (premium manufacturers) start to offer a reduced diesel portfolio array and supplanting with plug-in hybrid gasoline (PHEV) and battery electric vehicles (BEV), with 48 volt mild hybrid gasoline filling in the remainder of the portfolio,” Fulbrook said.

48 volt mild-hybrids provide additional electrical power to drive an increasing number of electrical components in cars. The higher power can be combined with a belt-starter generator to assist acceleration and can increase fuel efficiency between 10 and 15%.

Professor Ferdinand Dudenhoeffer from Germany’s Center for Automotive Research (CAR) reckons new technology will make the loss of diesel survivable for the manufacturers.

“A major innovation of the car manufacturers to reduce fuel consumption is the so-called mild-hybrid, which allows fuel savings up to 20% and only costs between 500 and 800 euros ($980) per vehicle,” Dudenhoeffer said.

“Most carmakers are on track to achieve their goals although some will need to accelerate progress. By selling around 3-5% plug-in hybrids and electric cars by 2020, most manufacturers will earn sufficient super-credits to meet their targets. The decline in diesel is not having a dramatic effect on the average emissions, although the continuing growth in SUV sales is offsetting emissions reductions,” said Greg Archer, clean vehicles director at T&E.

Archer said most companies need to continue reducing emissions by 2 to 4% a year and will be able to take advantage of super-credits from selling low and zero-emission vehicles from 2020 that double count electric and plug-in hybrids.

Fiat Chrysler Automobiles is in jeopardy though, according to T&E.

“However, Fiat is at significant risk of missing its goals and incurring substantial fines in excess of 1 billion euros ($1.2 billion). Fiat’s emissions have only improved at 1% per annum over the period 2009-2016 and must accelerate to 5% per annum in the next few years,” Archer said.

Lucky Smart
AID editor Peter Schmidt said current data points to some of Europe’s carmakers missing the EU targets for 2021 by some margin but the prospects of massive fines is prompting concentrated action with electric and electrified vehicles to avoid financial catastrophe. The problem has also been an unexpected boon to failing brands like Mercedes’ little Smart.

“No surprise then that Mercedes will soldier on with its otherwise luckless Smart cars, given that in just 3 years every Smart sold in Europe will likely be of the BEV type. But there is also a price to be paid by the industry. For the foreseeable future at least, likelihood now is that in the short term at least, most electric cars sold by necessity in Europe will be sold at a loss,” Schmidt said.