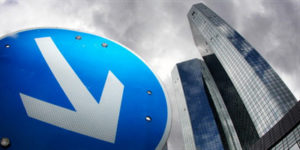 “Deutsche Bank believes Ford, GM, Peugeot-Citroen, Renault and Fiat will lose close to $4 billion between them this year”

If you’re bored reading about how the European car industry is on the brink of a shakeout which never happens, this might be the time to pay attention.

There are probably still some people out there who can remember what a stuck record sounds like, and that’s what news about Europe has become. Mass market players like Ford Europe, GM Europe’s Opel Vauxhall, France’s Peugeot-Citroen and Renault, and Fiat of Italy are all losing huge amounts of money. Overcapacity is rife, goes the mantra. Factories will soon be closing, hundreds of thousands employees let go, maybe organized and paid for by the European Union.

Yet nothing ever happens. The Germans get richer selling high priced merchandise to China and emerging markets. The Koreans, with their much improved, almost premium quality cars, are relentlessly successful at the expense of the Europeans.

But perhaps the “push comes to shove” moment has arrived.

According to investment bank Morgan Stanley, those who think that the present lull in sales is the trough are mistaken. Things are about to get a whole lot worse.

Car sales in recession-hit Western Europe dived nearly seven per cent in the first half to just under 6.5 million, according to the European Automobile Manufacturers Association. This was supposed to be the depth of the downturn, with a gradual recovery setting in between now and the end of 2012.

Not so, says Morgan Stanley.

“2013 likely will be another (one per cent) down year for E.U. car sales,” said Morgan Stanley analyst Laura Lembke.

“If we examine peak to trough 12-month rolling registrations (sales) since 2000, it is apparent that registrations in Europe have declined by far less than they did in the U.S. and Japan, and there is the potential for at least a further 21.9 per cent drop in registrations versus the peak or 26.4 per cent drop when compared with the last 12 months,” Credit Suisse said.

Pay off debt
Recession-hit consumers are more interested in paying off debt than buying new cars.

Lembke now reckons Peugeot-Citroen, in which GM has a seven per cent stake, will lose $1.3 billion in 2012.

Deutsche Bank believes Ford, GM, Peugeot-Citroen, Renault and Fiat will lose close to $4 billion between them this year.

at a low 60/70 per cent (use rate). This situation cannot last. If the  European market doesn’t recover soon, the industry will be forced to accelerate plant closures,” said Deutsche Bank’s Gaetan Toulemonde.

The chronic state of the non-German industry was underlined in a recent report from Credit Suisse, which said Europe is paying the price for putting off harsh decisions, unlike in the U.S., where much capacity was taken out, admittedly with a little bit of help from Washington.

“Volume manufacturers have sought to address poor profitability by chasing a strategy of ‘premiumization’; meanwhile core competencies have been neglected. And while U.S. manufacturers cut brand portfolios (like Pontiac, Saturn, Hummer and Saab) as they successfully restructured, in Europe we see the opposite taking place. We think Europe needs to address brand proliferation and take out at least 10 per cent of capacity,” Credit Suisse said.

Loss makers
“The European car industry is now at the point where we believe that about half of all units sold are sold by a loss-making brand. We struggle to think of other industries where such a disconnect between the weak and the strong performers exists or where such a status has been able to continue without attracting some form of action, be it via consolidation or capacity exits,” Credit Suisse said.

The future is promising if sensible decisions are taken, according to Credit Suisse, but nobody thinks these smart choices are imminent.

“We believe the industry has a bright future provided that it formulates a co-ordinated European restructuring plan which is implemented with expediency,” Credit Suisse said.

Consultancy Frost & Sullivan pointed out that during the recent French presidential election campaign, won by socialist Francois Hollande, the party supported measures which would protect French industry by imposing import taxes based on the distance away from France. This would penalise importers which were the furthest away according to the size of their carbon footprint.

Trade wars
This would seem to be a signal for debilitating, self-harming trade wars, where countries sought to make foreign competing products more expensive than their domestic industry, but not for Frost & Sullivan.

“In a country which has been at the forefront of environmental and social standards, this could be very welcome, not only for the automotive industry, but for all the other sectors which have been delocalizing jobs for the last 20 years,” it said.

France is expected to announce measures on July 25 designed to help ailing Peugeot-Citroen. Most experts expect a simple set of tax breaks for small, fuel-efficient cars, with no return of the hugely expensive cash-for-clunkers plan. Government hysteria about Peugeot-Citroen’s decision to close a plant is unlikely to change anything.

In the likely event that government measures are a damp squib, next year should finally see matters come to a head for the European industry.

“If our market outlook turns out to be correct, then we could see a ‘Big Bang’ in 2013 when more decisive government intervention will become necessary,” Credit Suisse said.

One intriguing outcome suggested by Credit Suisse suggests lame ducks like Peugeot could be pushed into an alliance with BMW, for which it currently supplies small gasoline and diesel engines, and Renault with Mercedes. Renault and its partner Nissan currently have small cross shareholdings with Mercedes parent Daimler Benz and make some small cars together.

Professor Ferdinand Dudenhoeffer of the Center for Automotive Research (CAR) at the University of Duisberg-Essen agrees that the next four to five years will be tough in Europe, and that between three and five plants will have to close.

Dudenhoeffer doesn’t predict any outright failures amongst the weakened mass car makers, although he does wonder about the future of GM’s Opel-Vauxhall.

Restore profits
The plan, which includes the closure of one plant by 2017, had been designed to restore profitability to Opel-Vauxhall, which has lost $14 billion in the last 12 years. It appeared that the plan might not have gone down well in the U.S. Given that the bankrupt U.S. operation was turned around quickly, with many plants closed and profits quickly restored, the slow pace of Europe’s turnaround might have been too much to take.

“The risk is with Opel. I think it’s the last approach for GM. There will be no additional chance,” Dudenhoeffer said.

“In today’s dog-eat-dog trading climate in Europe’s recession-struck car market, Opel’s predicament is shared no less by most of the region’s other volume carmakers. Volkswagen remains the only truly profitable manufacturer. Peugeot-Citroen is also deeply troubled by the intensifying flow of red ink from their suffering automotive divisions and no less so by the steady stream of once loyal customers now deserting these marques in droves,” Schmidt sad.

“Almost to the same extent, these European difficulties have also played havoc with Fiat, Renault and Ford, and even Japan’s long-admired and previously feared Toyota, has not escaped the lingering fallout,” Schmidt said.

China, Europe Outlook Mean Even Germans Might Be Hurt
Skoda Persists With Sponsorship of Tainted Tour