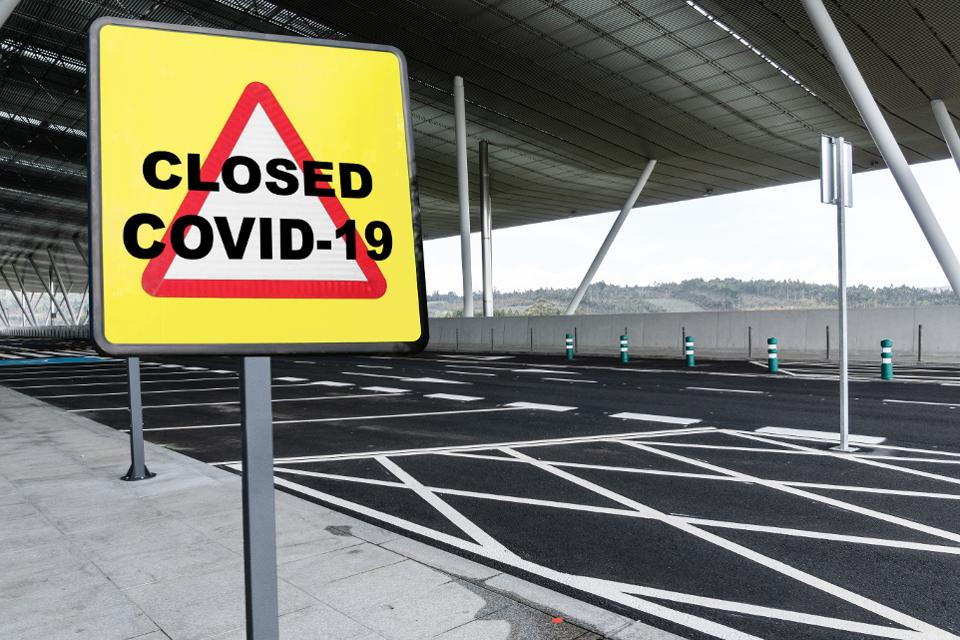 Automotive industry chaos in Europe induced by the coronavirus shutdown has environmental extremists dreaming of the end of the private car and a public transport heyday, while at the other end of the spectrum motoring addicts say fear of infection will generate a new golden age of the automobile as personal germ free transportation, as people shun trains and buses because they are dangerous virus incubators.

The idea of selling “mobility solutions” has taken a hit. This was seen as a long-term saviour as customers eschew private ownership. But how do you guarantee a germ–free environment in cars rented by the hour?

As usual when uncertainty breeds radical speculation, the outcome ends up boringly similar to what we are used to, but it is true to say that the current state of the automobile industry does suggest that this time radical outcomes might be inevitable.

It’s hard to believe, but just over a month ago forecasters were hoping that auto sales in Europe might slip only about 5% in 2020, but as the virus impact accelerated shutdowns, forecasters have been slashing numbers, and a 20% fall for Europe was a rough consensus.

“In Europe, COVID-19 lockdowns remain firmly in place for Italy, Spain, France and the U.K., though show signs of easing in Germany. Europe will see mixed recovery cycles, as a result of local restrictions and varied economic support and stimulus. Planning is further plagued by varied containment restrictions across the region, and recovery strategies are a work in progress,” IHS Markit said in a report.

Sales of cars and SUVs in the European Union (EU) plummeted 55% in March to 567,308 compared with the same month last year, as showrooms and factories closed because of the coronavirus crisis. According to the European Automobile Manufacturers Association (ACEA) first quarter EU sales fell 25.6% to 2,480,855. ACEA called for a rapid restart of auto manufacturing and wanted individual EU governments to help this with subsidies and incentive schemes.

Most forecasters still expect a “V” shaped recovery, although the angle of the “V” has probably widened from say 15 degrees to 30 degrees. A “U” shaped upturn is expected by some, a bathtub by the most pessimistic, while green agitators dream of “L” shapes.

Even before the sudden, coronavirus-inspired shock to the European economy, there were some obviously troubled automakers crying out for help. Tata Motors of India owned and British based Jaguar Land Rover (JLR) was said to be too small to survive against German giants like Mercedes, Audi and BMW, and the latter has long been touted as its natural saviour. U.S. investors in Ford Motor Co must be longing for “something to be done” about its European subsidiary, not quite such a chronic money muncher as General Motors’ Opel and Vauxhall, but as it swings from profit to loss they must be wondering why Ford doesn’t bite the bullet and rid itself of this European millstone.

Renault is looking isolated after the French government shareholder vetoed a merger plan with Fiat Chrysler Automobiles (FCA). Renault’s marginal status wasn’t helped by FCA’s decision to merge with compatriot Groupe PSA, which bought Opel and Vauxhall from GM, and turned it into a profit-maker within 2 years, a fact which presumably didn’t escape Ford shareholder’s in the U.S. If Renault’s troubled alliance with Nissan ends up on the rocks, perhaps Renault could find some solace with Ford Europe. But Ford’s agreements with VW might put a stop to that.

As the shutdown in Europe drove traffic and people from the streets and planes from the air, environmentalists were quick to point out all the advantages, which they perceived to be cleaner air and less threat to the climate. They pointed out all the advantages for the climate and local air quality from forcing people by necessity on to buses and trains. This would obviously be an existential threat to the automotive industry, not to mention the destruction of millions of jobs across Europe.

Cheerleaders for automobiles though saw the fallout from the coronavirus as a big boost to the auto industry because commuters into big cities would be loathe to pack themselves into crowded trains. The advantages of a personal sedan or SUV would make bad traffic snarl-ups bearable, given the alternative was catching COVID-19, a death-sentence for some.

But fear of infection threatens to undermine “mobility solutions” which promised access to cars for short-term rents. The impossibility of guaranteeing a virus-free short-term rental looks like hitting this idea into the long grass. The theory that you could dial up an autonomous car on demand looks like dying for the same reason, although this would be a spur to private sales.

The massive damage that the crash in sales would do to the industry’s profits, would according to some experts, delay indefinitely investments in exotic projects like computerized autonomous cars. But again there was an opposite scenario. Being stuck in a traffic jam might be more acceptable if the car was driven by a computer, and the passengers could work, be entertained or sleep. So this viewpoint might in fact be a trigger for mass market autonomous car sales, currently languishing on a backburner some say might last for more than 10 years.

Of the troubled auto manufacturers in Europe, JLR’s debt was downgraded by Fitch Ratings on Friday. Fitch said demand for JLR’s SUVs and Jaguar sports sedans was going to be disrupted by the coronavirus and would slow its recovery plan. JLR was much smaller than its German peers and this would limit gains from economies of scale. Standard & Poors (S&P) has also recently cut its rating on JLR.

Ford Europe cut its losses in 2019 to $47 million, down from a $398 million loss the year earlier. In the first quarter of 2020, Ford Europe lost $143 million. Ford Europe’s losses are small compared with the almost unbelievable $20 billion of red ink notched up by Open Vauxhall for GM from the year 2000. Last year Ford and Volkswagen agreed to jointly develop autonomous and electric vehicles. This expanded a deal to cooperate on mid-sized pickup trucks and vans for use outside the U.S.

And these theories on how the automotive industry will look after the coronavirus dies out will be so much idle talk if the disease revives in the fall.

French consultancy Inovev has said car buyers after the crisis may feel replacing cars may not be high on their list of priorities. It also fears the initial damage caused by the coronavirus shutdown might prompt a return to trade protectionism, nationalization and general government interference.

But all bets are off if the coronavirus returns to turn economies and work life upside down, Inovev said.