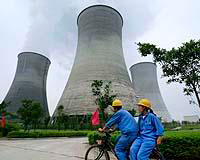 “no possibility of an unexpected and revolutionary new way of powering cars, like perhaps John Galt of Atlas Shrugged fame’s mythical motor, which draws static electricity from the atmosphere and converts it to usable, kinetic energy”

As the global economy fights off the stinging impact of Japan’s earthquake, tsunami and nuclear power crisis, and another flare up in the Middle East reawakens worries about spiking oil prices and even interruptions to supply, some automotive experts are looking above the short-term turmoil and trying to see what lies ahead.

Munich, Germany-based Roland Berger Strategy Consultants publishes regular reports on what is going to happen by 2025, and its latest publication paints a mixed picture. On the plus side, according to “Automotive Landscape 2025”, the industry is likely to not just survive but to thrive.  But a burgeoning automotive industry is likely to be Asia-centric, with manufacturing, ownership and design moving east and valuable, high-tech jobs in Europe being lost.

There are some who see some unexpected obstacles to China’s apparent trouble free run to the front, while others wonder whether the energy conventional wisdom still holds – oil win run out soon, so ever tighter fuel efficiency regulation is needed, and if doesn’t run out, all the more reason to cut fuel use because it causes global warming. Will the shale gas phenomenon revolutionize energy markets and render pointless, laws seeking to force manufacturers to make ever-smaller, underpowered cars?

Berger reckons about 300,000 European manufacturing jobs are at risk by the move to the east, although this is mitigated to some extent by one million new but less valuable ones in services surrounding the industry. Berger makes no comment on the possibility of American job losses. No one will be surprised by the prediction that there will be many more small, cheap cars, but as many as 50 per cent will still be powered by internal combustion engines, 10 per cent pure electric and the balance a variation on the hybrid petrol-electric theme.

John Galt and Atlas Shrugged
Eyebrows might be raised by the lack of a measurable amount of fuel cell powered cars in the outlook. So far fuel cells have failed to crack the cost obstacle, while the need for a hugely expensive new hydrogen infrastructure looms if fuel cells get the nod. There is apparently no possibility of any unexpected and revolutionary new ways of powering cars, like perhaps John Galt of Atlas Shrugged fame’s mythical motor, which draws static electricity from the atmosphere and converts it to usable, kinetic energy.

Berger says internet connectivity will be ubiquitous, but to what point it’s not clear; there’s no suggestion the full telematics agenda might be on offer by 2025, where most motorists get in their cars, dial in their destinations and sit back and read the paper.

One scenario gaining acceptance, which you might question, is the idea that young people are no longer excited by cars. We are told young men are not now interested in flaunting their appeal to the opposite sex by driving by in Corvette/Ferraris with howling exhausts. They are now much more mature and see cars as utilitarian transport pods. The young are happy to simply rent vehicles when transport is required, or seek mobility packages. Come on. Any disenchantment with exciting cars is more likely to be a simple acceptance of current chastened financial circumstances, rather than some change in mindset.

Professor Ferdinand Dudenhoeffer of the Center for Automotive Research at the University of Duisberg-Essen, Germany, agrees that the industry is moving east at the expense of traditional manufacturers.

China the new center
“Emerging markets and China will be the new center of the car industry, and important innovations like electric vehicles and batteries will be made over there. I think that engineering will also have greater facilities in emerging markets. 58 per cent of all cars sold (in 2025) will be in emerging markets (like China, Russia, India, Brazil). And they will make them too. Manpower in traditional manufacturing and supplier industry (in Japan, West Europe, U.S.) will shrink,” Dudenhoeffer said.

“In 2011, Paris will roll out 3,000 electric vehicles which can be rented by anybody at any time. I think that in megacities we will come to a new understanding of the car. It will be linked to buses and trains. We will go to integrated traffic systems, and rented passenger cars will be an important part of it. Otherwise there is no chance of managing jams and congestion,” he said.

CAR University Duisberg Essen data calls for mini cars like the Tata Nano to grow 11.3 per cent a year between now and 2025, while premium cars will add an impressive 5.4 per cent a year. Regular sedans will only be able to grab about 2.2 per cent of sales momentum a year. For markets like China, CAR sees stupendous growth, with sales hitting 29.6 million in 2025 compared with 11.3 million in 2010. India races ahead to 6.7 million from 2.4 million, Russia more than doubles to 5.2 million from 1.9 million in 2010; Brazil records a respectable increase to 4.5 million from 3.3 million. The U.S. meanwhile rises to 16.5 million in 2025 from 11.6 million. Unfortunately, this isn’t even as high as the almost 17 million set in the U.S. in 2005, according to CAR.

Moving back before 2025
Not everybody agrees that the move to China is unstoppable.

Peter Cooke, Professor of Automotive Management at the University of Buckingham near London believes that China’s costs will start to burgeon as the population demands better pay and conditions

“With social charges starting to kick in, some production will start moving back before 2025, as wages and pensions raise costs. And look at the rate of inflation, that’s quite high. The relative cost of producing cars in Europe, America and the far east will gradually equalize,” Cooke said.

Cooke is concerned though that the movement east will cost a lot of high-tech jobs in the West, while ownership might not move back.

Cooke agrees that China will lead the way with the development of new electric vehicles, not least because it will use its government muscle to force an advantage.

“The country with the most electric vehicles by 2025 will probably be China because it is a command economy. They will simply say ‘Stop making hydrocarbon-powered vehicles and produce hybrid and electric ones, and everyone must jolly well do it’,” Cooke said.

“China will run out of coal in 40 years – and its 70 per cent of their energy input today. They have just put their nuclear program on hold. They are already massive importers of oil. They have horrible environmental problems. Because of competition for these resources, there may be a nasty U.S.-China confrontation at some point, perhaps by 2025,” Wormald said.

Shale gas shakeup
One factor which has the potential to undermine just about every assumption made by experts when they pucker their brows, sharpen their pencils and start to think about the future, is the new shale gas development that has started in the U.S. Could this produce enough clean energy to take the pressure off the automotive industry, which is currently investing billions to meet government regulations which insist that cars which burn oil are inducing global warming and jeopardizing the planet?

Professor David Bailey of the Coventry University Business School isn’t so sure.

“Natural gas has the potential to shake everything up. What are the tipping points of oil production and the oil price? It’s not just about peaking oil output but demand going up as the third world gets cars. That might stimulate development around natural gas for energy. We might see that emerge in the U.S., and that’s not factored in by many analysts,” Bailey said.

Meanwhile, whatever energy scenario emerges, the internal combustion engine will still be the majority power plant of choice by 2025.

Hydrogen
“In the long run, hydrogen and fuel cells will be the technology we will be using. There will be many different technologies along the way, but the internal combustion engine will be here for a long time. Now America is putting a lot of effort into electric vehicles, Japan into hybrids and Europeans are still developing the internal combustion engine. There are limited resources, so all the companies are putting money where it makes most sense to them,” Bailey said.