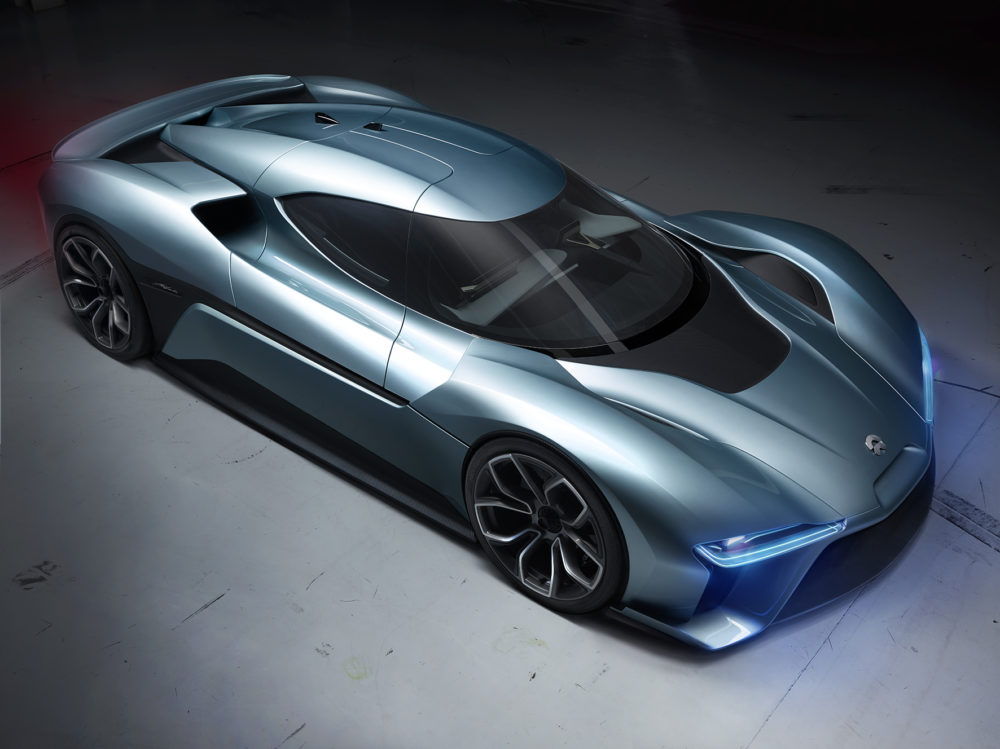 “matches the performance of top hybrid supercars, such as the LaFerrari and McLaren P1”

LONDON – Chinese electric car company Next EV unveiled its new brand NIO Monday and launched what it said was the fastest electric car in the world.

The car will be go on sale in China next year, and then around the world. No word yet on price. The company said it will eventually produce a range of electric cars for the mass market.

This is the Chinese electric vehicle start-up’s first product.

“With 1,360 hp, the supercar matches the performance of top hybrid supercars, such as the LaFerrari and McLaren P1,” NextEV said in a statement.

The NIO EP9 was launched at the trendy Saatchi Gallery in Kings Road, London. The launch was a lavish affair, with many journalists taking part from around the world. The event was filmed live on Chinese TV.

Next EV said it wants to be more than just an auto maker.

“This visionary electric brand will help users rediscover the ‘joyful lifestyle’ of car ownership by creating inspiring vehicles that deliver superior performance, a new benchmark for aesthetic design and unique user experience,” the company said in a statement.

Nuerburgring
The company said the NIO EP9 set a lap record at the famous Nuerburgring circuit in Germany of 7 minutes 5.12 seconds, making it the fastest electric car in the world.

The NIO EP9 has four high performance motors and four individual gearboxes. It has a top speed of about 190 mph. The battery takes 45 minutes to recharge and has a claimed range of about 260 miles.

“The carbon cockpit and chassis embodies a new approach to performance vehicle design to handle the physical demands of a car with 3G cornering capabilities, with added structural solidity and aero efficiency. The EP9 is capable of achieving 24,000 Newtons of downforce at 150 mph,” it said.

In 2014, NextEV was founded in Shanghai, China, with investments from automotive websites Bitauto and autohome, and the e-commerce site JD.com. Other investors include Tencent and Hillhouse Capital. NextEV has recruited state-owned automaker Jianghuai Automobile Co to assemble mass market electric vehicles.

“NextEV is founded by world-class Internet and technology leaders who have invested hundreds of millions of US dollars and bring with them an unrivaled portfolio of industry experiences.”

In interviews after the launch event, various Chinese officials, through an interpreter, were reluctant to reveal many details about Next EV’s long-term plans. They said they will make an initial 6 NIO EP9s for investors in the company. They will decide, after evaluating the response to the EP9, on how many to make, but said this wasn’t the core business. That core business was developing a range of cars for the mass market, and the technology to go with it, but they wouldn’t say what type of electric vehicles that would be, or how many.

Asked about the level of investment in NextEV, this was enough to support the project.