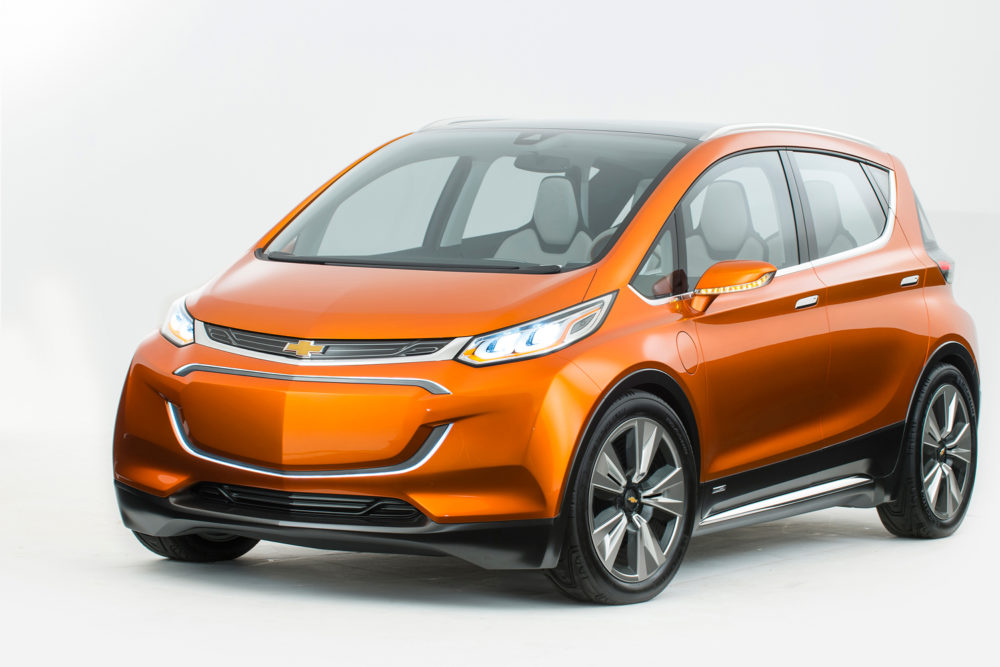 Electric cars are headlining at the biennial Paris Car Show, with the European version of the Chevrolet Bolt hailed as the first practical battery-powered vehicle for the mass market.

More new SUVs have been unveiled at the show from SEAT, Skoda, Suzuki, Peugeot and Land Rover, while other introductions include a new Honda Civic hatchback, a little Kia Rio, and a Volkswagen Golf/Ford Focus fighter from Hyundai – the new i30.

Surprisingly, Ford, Volvo, Aston Martin and Rolls Royce won’t be exhibiting at the show and this might be a sign that car manufacturers preparing for tougher financial times ahead. BMW has scaled down the attendance of high flying executives, citing the need for them to attend crucial electrification meetings elsewhere.

And electrification is the main theme, with the organizers announcing more than 24 new electric models. This includes a Mercedes Tesla Model X competitor which the company claims will have a range of 310 miles, but won’t be on sale until close to 2020. Mercedes will also launch its latest generation 2 and 4 seat battery-powered Smart city cars by the end of the year. Audi and Porsche have already announced plans for high-range electric cars.

Volkswagen’s new electric concept car will have a claimed range of 300 miles from a single 15-minute charge.  Volkswagen, still reeling from the impact of dieselgate one year ago, is desperate to change the subject and hopes its focus on electrification will help. The company isn’t holding back the hyperbole talking about its new car.

“The vehicle is as revolutionary as the Beetle was seven decades ago, before it evolved into the world’s best-selling car of the last century. This car, too, has the potential to make history with its completely new vehicle concept,” VW said.

Claimed range
The Bolt, sold under GM Europe’s Opel and Vauxhall brands as the Ampera E, has a claimed range of 249 miles, although this is likely to be much less in real world driving. The current big selling electric car, the Nissan Leaf, upgraded its range to a claimed 155 miles, from 124 miles, but this meant a practical range of close to 95 miles, compared with the previous roughly 75 miles. That would mean the Ampera E could be relied on for about 150 miles in the real world. It isn’t clear yet if that will be enough to attract buyers interested in an affordable and versatile family car.

The jury is out on that question, but it will certainly be a huge blow to Nissan when Bolt/Ampera production begins at the end of the year.

Professor David Bailey of the Aston Business School believes that, after many false dawns, the Bolt/Ampera will provide GM the prize of being first to market.

“It is a genuine step change and is likely to be the first of a generation of electric cars which can be really competitive with the internal combustion engine with significantly longer range. Tesla’s Model 3 is coming, but GM is getting to it to market first,” Bailey said.