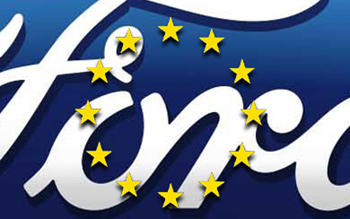 “Ford has no plans for partnerships and has unattractive cost structures because it is in some way isolated in Europe. Ford’s problems will become more serious in four to five years”

General Motors’ Opel and Vauxhall loss-making subsidiaries have hogged the headlines recently, so it came as something of a surprise when Ford’s European outfit quietly showed that when it came to generating waves of red ink, it was no slouch either.

Despite the deepening gloom around Ford’s European operations, there are some reasons for long-term optimism as new models appear and production rationalisation programmes begin to pay off. The trouble is, even the virtuous can’t prosper if the European economy continues to stagnate, and political weakness frightens potential car buyers into thinking now isn’t a smart time to spend scarce cash.

Last month Ford shocked investors with a warning that profits would take a big hit because its international business was struggling. Investment banker Morgan Stanley reckoned that Ford Europe was the main culprit, estimating that its losses would more than double in 2012 to well over $1 billion.

“Ford’s new guidance implies what we estimate to be at least a doubling of full year European pre-tax losses to over $1.1 billion. We now expect Ford Europe losses to exceed those of GM’s Opel,” Morgan Stanley said in a report.

“Ford knows it cannot let its European excess capacity fester – something has to be done,” the report said.

Earlier this year Morgan Stanley predicted that Opel-Vauxhall losses might reach $1.5 billion in 2012.

Previously, Ford had said European losses would probably reach between $500 and $600 million as the crisis surrounding the European Union’s currency, the euro, sapped consumer confidence and weakened the economy. This has undermined the new car market and forced the mass car manufacturers into a vicious cycle of incentives and price cutting to move the metal. Profit margins have been wiped out and losses have been mounting at Peugeot-Citroen and Renault of France, Fiat of Italy, and at the American transplants GM Europe and Ford Europe.

Germany’s Volkswagen, Europe’s top-selling vehicle maker, is believed to have retained its profitability in Europe, while its luxury subsidiary Audi continues to make big money in China and other emerging markets, along with its upmarket compatriots BMW and Mercedes.

Deteriorating
When Ford published its profit warning it said that market conditions in Europe had deteriorated significantly since the start of 2012, and pressure on profits would continue for the foreseeable future. It didn’t say how long that might be.

Professor Karel Williams of the Manchester Business School thinks this must be deeply irritating for GM and Ford chiefs back in the U.S.

“Ford and GM at least have the consolation (unlike those in France) that the money they are losing in Europe is balanced by money made elsewhere. It must also be deeply mortifying for Ford and GM to be undermined by uncontrolled losses in Europe,” Williams said.

But for all the apparent woes at Ford Europe, experts like Ian Fletcher, analyst with IHS Automotive, feel it is on the right long-term track, and doesn’t have much of an “excess capacity” problem.

“Things don’t look great for Ford in terms of capacity utilization, but it is  going through a transitional stage,” said Fletcher.

Morgan Stanley had said Ford’s factory capacity use stood at 63 per cent in 2012, lower than all its competitors except Fiat at 57 per cent and worse than GM’s 66 per cent.

Fletcher said Ford Europe is currently reorganizing its production. It will also benefit from some new models.

“Ford is in the process of raising its capacity utilization and putting similar sized vehicles in the same plants, and cutting down inefficient supply chains. All these new models (including the C-Max which will be exported to the U.S.) will inject some new vigor into sales. Looking at the numbers, 2012 will be Ford’s lowest ebb in the region with production likely around one million. But we expect to see this start growing next year towards 1.3 million by 2014,” Fletcher said.

Temporary layoffs
Fletcher said Ford’s increased production will be of higher profit margin vehicles. He didn’t think Ford would need to close plants, but might have to lay-off workers temporarily.

Compared with GM Europe, which has announced probable plant closures, Ford was ahead of the game.

“GM has a lot of work to do, and it will take two or three years for it to pan out the way it wants to. GM is behind Ford, probably there’s a couple of years difference between them at the moment. Ford is probably better organised, but both are bringing out interesting new models,” Fletcher said.

Professor Ferdinand Dudenhoeffer of Germany’s Center for Automotive Research said Ford was doing relatively well in the first five months of 2012 with West European sales down 8.2 per cent compared with Opel-Vauxhall at minus 15.4 per cent, Peugeot-Citroen minus 19.4 per cent and Renault down 21.8 per cent. The overall market fell 8.2 per cent. Hyundai-Kia of Korea and VW had performed better than the market.

Dudenhoeffer agreed that Ford was unlikely to close any plants, but might have to cut head count. Ford was handicapped by its weak brand, and he thought GM Europe had more of a long-term future.

“The problem for Ford is that the brand is still weak. The cars are not bad, but Ford must solve the brand problem. GM has a more aggressive plan and will invest more in product in the next four to five years, and it can stabilize with its partnership with PSA (Peugeot Citroen),” Dudenhoeffer said.

Isolated
GM Europe has a seven per cent stake in PSA Peugeot Citroen, with which it plans to rationalize costs and eventually build new models.

“Ford has no plans for partnerships and has unattractive cost structures because it is in some way isolated in Europe. Ford’s problems will become more serious in four to five years,” Dudenhoeffer said.

Peter Schmidt, Editor at the Automotive Industry Data (AID) newsletter, said the pressure on Ford and GM Europe is unprecedented, and he can’t see any relief on the horizon.

“Life has never been more difficult for Ford and Opel-Vauxhall. They are suffering as the whole market is contracting. The only consolation is that everybody else in Europe is suffering, apart from the Germans and the Koreans, Schmidt said.

AID data shows Ford Europe’s West European market share in the first five months of 2012 held up relatively well at 8.0 per cent compared with 8.1 per cent in the same period of 2011, although weakness set in during May when share slipped to 7.6 per cent versus 7.9 per cent. Opel-Vauxhall’s market slumped in the first five months to 8.2 per cent from 8.6 per cent, but held up better in May at an unchanged 8.8 per cent.

The industry is desperate for a turnaround in sales, but this isn’t imminent.

Fiat-Chrysler CEO Sergio Marchionne said earlier this week that the weakness will continue for two to three years.

“I do not expect sales to recover for the next 24 to 36 months,” Marchionne said.

Schmidt thinks even this is too optimistic.

“”Will there be an upturn? It is impossible to see when we are going to see a turnaround. The way the economy is performing indicates that at best we will see a return to reasonably average sales levels by 2016,” Schmidt said.

Halfway house
It seems that Ford and GM have hitched themselves to a European economy which through political weakness has lost the ability to reform itself. The political impasse in Brussels calls for U.S. federal-type institutions to bring order and decision making, but these don’t exist.

Professor Williams of Manchester University put it this way.

“Europeans have got themselves into an awful mess through a halfway house of integration. To make a go of it, the European car business needs a degree of solidarity, but there’s no political agreement about what to do. This is a halfway house of a common currency without relevant banking and fiscal arrangements necessary to make it work. The car industry has an insoluble problem with the worst of all worlds,” Williams said.