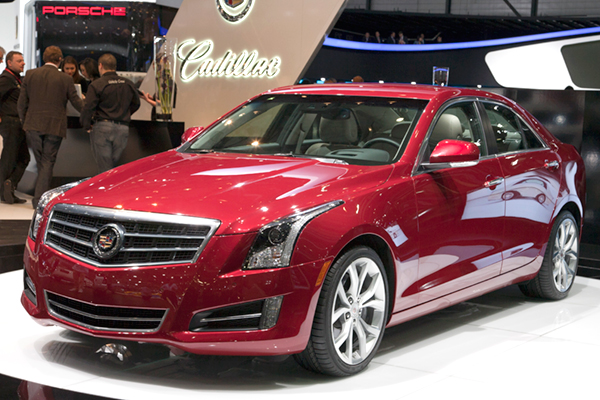 GENEVA, Switzerland – Cadillac, GM’s luxury division, unveiled its new ATS small car at the car show today, and bragged that it could compete against the world’s best.

“We are challenging stereotypes with the ATS which we think can compete against the best in Europe,” Susan Docherty, General Manager, Chevrolet Europe, told a press conference at the show.

“We want to take on the world’s best at their own game,” she said.

The ATS will have to win sales directly from the BMW 3 Series, Mercedes C class and Audi A4.

Cadillac officials said the ATS will have to be priced to undercut the German opposition, but didn’t reveal what the price would be. Sales should start in the fourth quarter of 2012.

Cadillac expects to win sales on style as well as price. The ATS certainly has the power to turn heads, while the German competition becomes more understated.