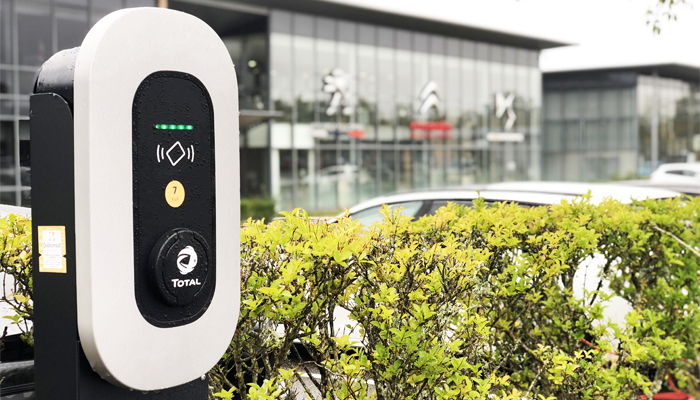 Amid the rush to embrace electric cars, a most nagging doubt is what if at least 40% of new cars across Europe are battery-powered by 2030 and there’s not enough electricity to go around.

Governments across Europe and particularly in Britain have been beating their breasts to proclaim their commitment to all things green. Britain has even declared that no new internal combustion engine (ICE) powered cars or SUVs will be sold after 2030.

It would be a politician’s nightmare if after persuading many well-heeled voters to buy electric, often with massive tax-payer bribes, the generating grid wasn’t up to it, and the Teslas, Audi e-trons and Polestar2s became just expensive ornaments on the driveway?

That seems to be a worry starting to gather momentum with the British government.

At the weekend, The Sunday Times of London reported that Britain’s Transport Ministry will be introducing a new law next year that home chargers must be able to switch themselves off during times of peak electricity demand and be able to program themselves to work only at off-peak times. Peak times were defined as between 0800 to 1100, and 1600 to 2200. The Times said Transport Secretary Grant Shapps was worried that the likelihood that most electric car users would return home at around 5pm and plug in would put the national electricity generating grid under mortal stress.

On Tuesday, the Ministry of Transport confirmed this plan.

“This law will ensure all private charge points can support smart charging, allowing consumers to save money on their energy bills and use clean, renewable energy when it is abundant and you will still be able to charge your EV at peak times if needed. Smart charging also benefits the energy system, by reducing the need for upgraded and new power generation to meet demand from EVs,” a ministry spokesperson said.

Growth gained momentum
Earlier this year, IHS Markit forecast sales of new battery electric vehicles (BEV) in the EU would rise from 2.1% of the market in 2019 to 23.0% in 2025 and 39.5% in 2030. These numbers show a strong acceleration in BEV sales, but since then the growth has probably gained momentum. British government agency Ofgem said there were 300,000 BEVs on British roads currently, and this will rise to 14 million by 2030. Across Europe, the scale of increase will be broadly similar.

There has also been a huge increase in companies announcing plans to either set up public fast charging stations or offer home chargers, but will there actually be enough electricity to go around?

Professor Gautam Kalghatgi, Fellow of the Royal Academy of Engineering, reckons for regular use, the amount of electricity might just about be able to keep up with demand, but the demand for extra electric power is more challenging.

“This is the reason they (governments) are trying to disable chargers from charging at peak demand times,” Kalghatgi said in an email.

Kalghatgi assumes a slightly smaller BEV total for Britain in 2030 – 12 million and an average battery size of 30 kWh, which is quite a bit smaller than currently typical, and that they charge every 5 days or so. Kalghatgi assumes this will increase annual electricity demand by 7.8%, or 9.4% if transmission and charging losses are included.

“The demand for extra electric power is more challenging. Let us optimistically assume that only a third of these (BEVs), 4 million, plug in at the same time, say at peak-electricity demand time in the evening after working hours. Let us also assume that they only plug into the lowest rated home chargers of 3 kW. So the 4 million PEVs will draw 12 GW at this peak demand time even under these very optimistic assumptions,” Kalghatgi said.

Hinkley Point
“Of course, one cannot rely on wind and solar to provide this extra power which may not be available when needed. It has to be supplied by stable, reliable electricity production – gas, coal or nuclear power plants. This is equivalent to four nuclear power plants of Hinckley Point C size which have to be built in the next eight years,” Kalghatgi said.

Hinkley Point C, the 3,260 MW nuclear power station under construction in south-west England, is expected to start producing electricity in 2026 after years of delay.

Tanya Sinclair, Policy Director for U.K. & Ireland at ChargePoint, the electric vehicle charging network operating in North America and Europe, is also worried about the British electricity grid and says big spending by industry and government is required to ensure capacity.

“Concerns surrounding the U.K.’s grid to support the charging of electric vehicles is mounting, especially as charging stations for electric vehicles are now set to turn off for 9 hours a day amid fears they could cause blackouts. The challenge for the government, and perhaps the wider electricity system, is ensuring the ‘smartness’ in every charger is actively used by consumers, and managing the load represented by the legacy charging infrastructure already in the field which is not smart,” Sinclair said.

Sinclair said there will still need to be investment from industry and government to ensure that there are enough places with enough capacity to support the rapid and high-power DC charging hubs.

“This should not be seen as a threat to the grid and the energy industry, but more as an opportunity. The past ten years have seen a huge push for efficiency in power consumption across the board. A building today uses only a small proportion of what it did in the past, and this gap is only going to get wider and the electrification of transport offers a new growth avenue for the industry, however, for it to be a success, action and investment needs to take place now,” she said.

Most Western European nations will be facing similar problems as they expand their electric car fleets, although France is in the most favoured position with 2/3rds generated by nuclear and 12% from hydropower. Germany is a bit of a laggard with almost 25% of its electricity still generated by coal.

German Auto Stocks Strong After Indecisive Election Result
IAA Promises With Impressive Concepts, But Not Much For The Car Buyer