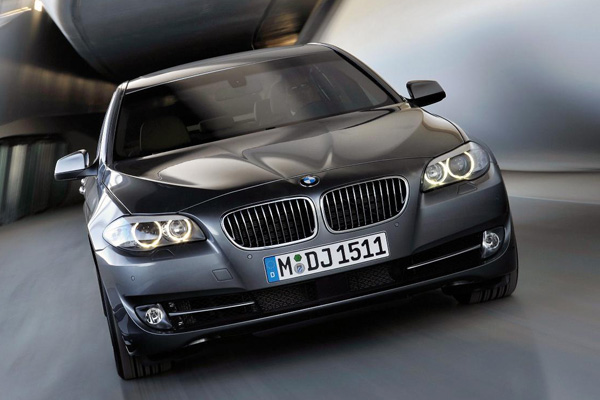 I drove BMW’s first 5 Series car back in 1972, when the brand was probably about as powerful as Kia’s is today. I was living in Brussels at the time and took some pals down to Paris for the weekend. Nobody seemed particularly impressed by the fact that I’d managed to borrow a car from this upstart German brand, but if I managed the same trick today, it is a measure of what the company has achieved over those 38 years that you can be sure that the reaction would be very different; excitement, salivation, even. 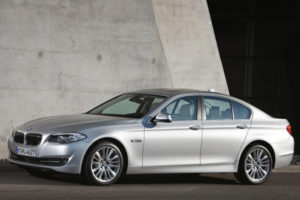 The design of the 5 Series has been evolutionary most of the time, with the exception of the last one which was the victim of the dreaded Bangleisation. Chris Bangle was the BMW designer who invented flame surfacing and the 7 Series with the awful Bangle butt rear end. Suffice it to say that during this period of design, it was lucky that BMW had such a strong reputation for dynamic driving ability that its sales were able to survive the dodgy looking cars that were produced. The previous 5 Series looked overdesigned and pretentious, when over the years BMW had prospered with understated, modest designs. Has there ever been an uglier car than the BMW X6?  Well, maybe it’s not quite as horrible as the Porsche Cayenne SUV, which seems to say when it arrives in your rear view mirror, get out of my way, I’m much more important than you so move over. Now.

Understated
BMW’s new 5 Series looks much more understated and attractive. It presents a collection of the best state of the art automotive technologies rather than introducing anything radically new.

The new 5 Series, which will compete directly against the Mercedes E class and Audi A6, looks like a big 3 Series, and will attract those who prefer a little anonymity. Buyers will be thrilled though by what’s under the bonnet, both in terms of performance and economy. 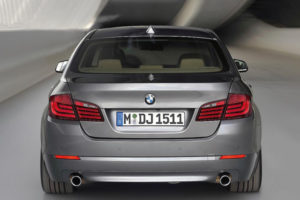 There are three diesels and four petrol engines available at the launch. Some of the claims made for these engines might induce readers to do a double take, they are so amazing. The 2.0 litre, four-cylinder diesel engine in the 520d for example produces 184 hp and propels this big machine from rest to 62 mph in 8.1 seconds and on to 140 mph. Fuel economy is claimed to be a real world 56.5 mpg, although manufacturer’s figures reflect undemanding E.U. rules.  This equivalent of CO2 emissions of 132 g/km amazingly beats the Renault Clio 1.2 litre’s 139 g/km.

Range topping
Other power plants include 2.5 and 3.0 litre six-cylinder diesels, three, six cylinder petrol motors, and the range topping 550i which has a 4.4 litre V8 twin turbocharged power plant producing 407 hp and explosive acceleration of 0-62 mph in 5.0 seconds.

Standard equipment includes Start-Stop on the eight-speed automatic gearbox to improve economy, leather seats, and Brake Energy Regeneration, which recharges the battery when the car is slowing, or coasting down hill, and has nothing to do with the brakes. To improve economy a bit, the gaps in the front grille close while the car is on the move to improve aerodynamics. 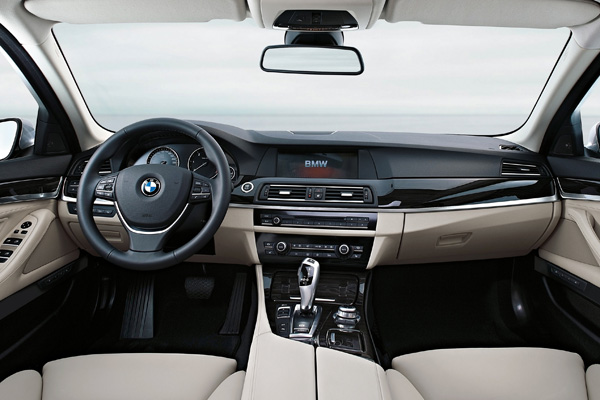 Meanwhile, new BMW 5 buyers will be able to opt for the eight-speed automatic gearbox, and if their budgets permit, pile on high-tech options like head-up display, Night Vision with pedestrian recognition, lane departure and land change warning. The ultimate new technology option, a hybrid engine, will have to wait for a year or two.

Carmakers like BMW face a difficult future because ever-tightening E.U fuel economy rules will force them to stop selling their high-margin gas guzzlers. That’s why the 2.0 litre diesel is so important. If this vehicle can generate excitement as sell as economy, then BMW will survive and thrive. 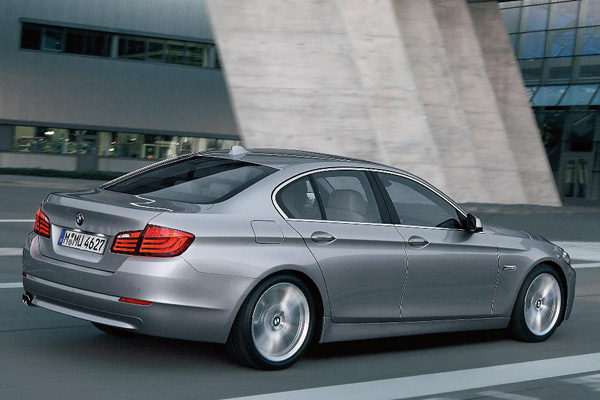 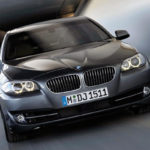 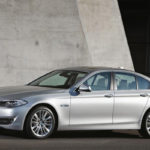 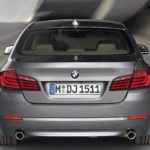 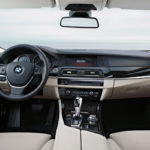 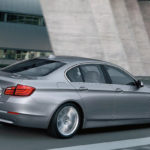 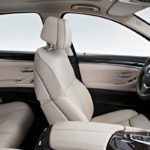