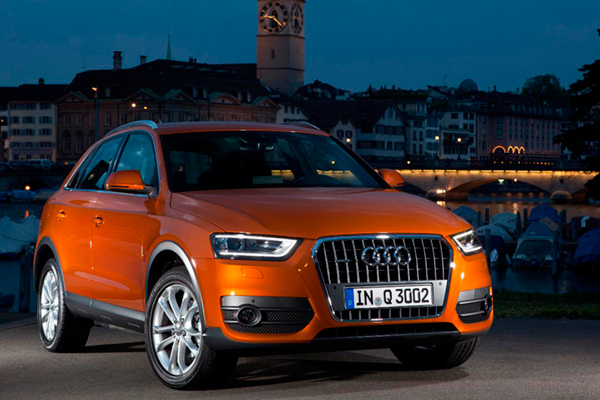 Call It Cute-Ute, Or Soft-Roader, But Watch It Leap Off The Shelves

Looks Terrific Compared With The BMW, But So Would Quasimodo
rating **** out of 5

For – understated, classy, useful
Against – pricey

Whitby, Yorkshire – BMW created the luxury compact SUV segment with its X1, and now Audi has joined the race with its Q3 after a gap of about two years.

When Jeep unveiled its downsized Compass compact SUV it was disparagingly dubbed a soft-roader or cute-ute by purists. Now that the German premium manufacturers have tarted-up the cute-ute idea with leather and offered two-wheel drive as an option and that badge, no doubt these same people will be pouring scorn. But buyers are likely to be beating a path to the door of Audi Q3 dealers. This is an expanding segment with an attractive combination of spaciousness, utility, style and ride-height in a vehicle that doesn’t blot out the sun with its hugeness. Estate cars are the obvious losers. 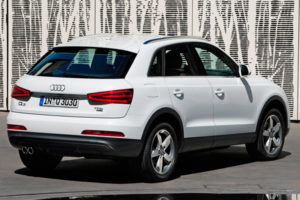 Audi first unveiled the new Q3 in Shanghai, China, and will build it in Spain at a SEAT plant, and won’t be selling it in America, at least not for two or three years. The BMW X1 is also denied to U.S. buyers. You would think that European manufacturers, famous for their small and economical vehicles which Americans might want as their fuel prices soar, would be keen to introduce machines like these to the U.S. but you’d be wrong. Audi, owned by Europe’s biggest car manufacturer Volkswagen, has based the design of the Q3 on the VW Tiguan, which is on sale in the U.S. The Q3 is going on sale now across Europe. Production of the Q3 will also be expanded to China next year.

Mercedes is also about to launch a competitor in this segment, while Alfa Romeo has hinted that it might join up with Jeep (part of the Fiat-Chrysler empire too) when it finally re-launches in the U.S. with a small SUV.

Well equipped
The Q3 isn’t cheap but it is very well equipped. Prices start at £24,560 and there are four engine choices, all with start-stop and energy recuperation. There are two 2.0 litre petrol engines of 168 and 208 hp, and two 2.0 litre diesels, 138 and 175 hp. There’s a twin-clutch automatic transmission for the 208 hp petrol and 175 hp diesel. Both use “coasting” (which is pretty much what it says) to improve fuel consumption. There is a “soft-roader” option with front-wheel drive using the less powerful diesel engine. The other engines will be linked to all-wheel-drive. 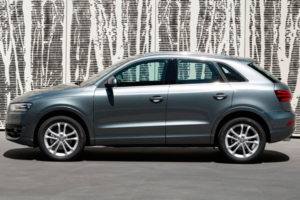 The less powerful diesel and petrol motors have a six-speed manual transmission as standard, while the most powerful diesel and petrol engines have a  seven-speed automatic. To induce “coasting”, specify “efficiency” on the automatic gearbox controller and the transmission will disengage its active clutch each time the driver lifts off the throttle, allowing the Q3 to use the momentum already built up to cruise without the need for engine input. In “efficiency” mode, the electronic climate control and cruise control operate at the optimum level for minimal fuel consumption.

Not for golfers
There is seating for up to five adults, and a load bay offering up to 1,365 litres of capacity thanks to split/folding rear seats. If you play golf, you will have to fold back one of the rear seats to get your clubs in. You can choose SE and S line specification. SE includes 17-inch wheels, contrasting exterior trim, chrome window trims, aluminium roof rails and rear parking sensors. Inside there’s dual-zone climate control, Bluetooth, and light and rain sensors. Pay £2,750 more and the S line will give you 18-inch alloy wheels, different exterior and interior styling enhancements, xenon headlamps with LED daytime running lamps and LED rear tail lights.

Options include ‘steerable beam’ adaptive lights for the xenon plus headlights, a high-beam assistant to intelligently illuminate the road ahead, a hard drive-based navigation system and the side assist blind spot warning and lane assist lane departure warning driver aids. 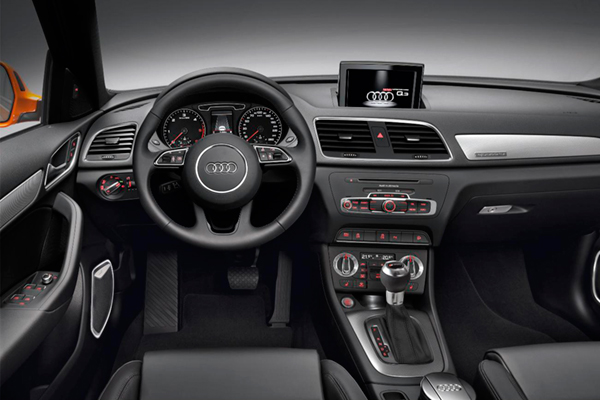 The Q3 has excellent handling and ride. The steering feels precise and the brakes are powerful and progressive. The interior is top class with impressive materials and an easy-to-use set of instruments and dials.

If buyers rely on looks to help them make their buying decisions, then Audi wins hands down compared with the BMW X1 and its reversion to styling which looks like a throw-back to the bad old Korean days.  Where the Q3 is neat and understated, the X1 is ugly, angular and unbalanced.

Korean
Audi compared the Q3 with the Range Rover Evoque, but its prices are more like the bigger Q5. Styling-wise, if you want to make a splash on the high-street, you’ll pay a bit more and go for the Evoque. If you want to save a few thousand pounds you might like to check out the Kia Sportage or Hyundai ix35. When you see how handsome these two Korean vehicles are, you will wonder just what happened at the BMW design office which came up with the X1 design. 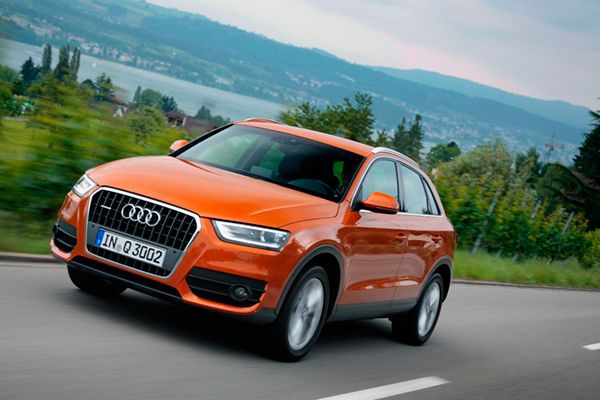 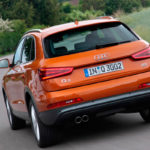 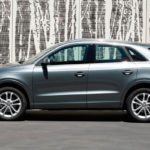 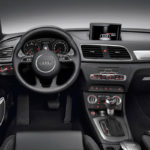 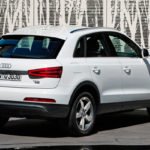 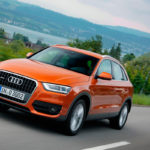