Yet Another Niche Identified, Filled 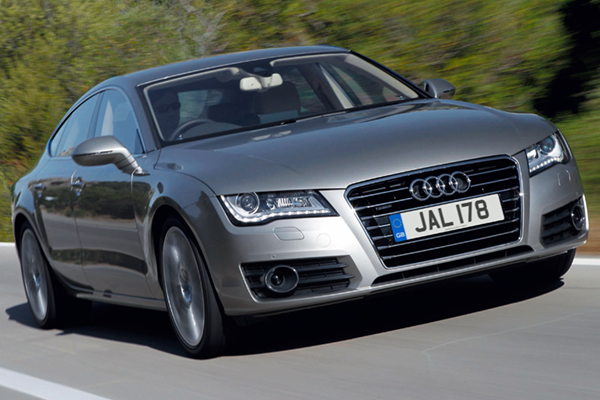 That Must Be It For Niches, Surely?
Beautiful, Sweeping “Coupe” Styling Makes The A7 Stand Out
rating **** out of 5

For – handsome, high quality
Against – no excess room in the back, dodgy name

“Coupes used to have two doors but manufacturers now use the coupe moniker to laud their car’s sleekness and sportiness, and perhaps subtly warn of their lack of room in the back”

GRANADA, Spain – Audi’s new A7 Sportback fills yet another niche in the premium market and is the German manufacturer’s latest weapon in its quest to overtake compatriot BMW as the world’s biggest selling luxury carmaker by 2015.

In 2010, Audi will have introduced 12 new models including the little A1 city car, and the massive flagship A8 limousine. Audi and Mercedes Benz are fighting over second spot at the moment, with both expected to sell just over one million cars compared with BMW’s stated goal of 1.4 million in 2010. But Audi reckons its ambitious product plan will push its sales to 1.5 million a year by 2015 and into the lead. 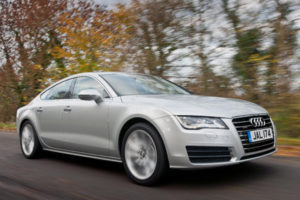 Audi, owned by Europe’s biggest mass car manufacturer Volkswagen, describes the A7 as a coupe-style, five-door, four to five-seater. Coupes used to have two-doors, but manufacturers now use the coupe moniker to laud their car’s sleekness and sportiness, and perhaps subtly warn of their lack of room in the back. The A7’s sweeping roof line won’t hurt you unless you are over six-feet tall. That is likely to be a problem in the U.S. market, but probably not in China.

The A7 uses engineering known by its German-language acronym MLB, which enables it to use common parts and designs from other models. This means that cars like the A4, A6, A8 and even SUVs like the Q5 and Q7, might look very different, but under the skin use many common parts. Bentley, the British-based luxury supercar maker owned by VW, also uses common parts from the MLB toolbox.

“The car can achieve an average 53 mpg thanks to a lighter body using more aluminium, and to E.U. regulations which allow car makers to measure fuel consumption with a ridiculously unworldly series of tests”

The A7 is a technology showcase, and buyers can opt for automatic parking, all-LED headlights, fighter-aircraft-like head-up displays and adaptive air suspension. The satellite navigation is programmed to take details from your route to decide which gears the automatic transmission chooses to maximize fuel economy. Standard equipment includes xenon headlamps with LED tail lights, a powered tailgate, leather seats with electric motors which, for a little extra, will massage you. Prices start at £42,925 when the car goes on sale early in 2011. 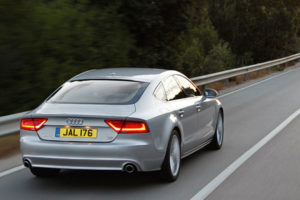 You can choose from four engines – two petrol, two diesel – all of which will propel you quickly from a standing start, and cruise quietly on Germany’s still unrestricted highways at speeds of up to at least 145 mph. All feature stop-start with energy recovery. You can opt for Multitronic CVT automatic transmission for front wheel drive versions or a twin-clutch, seven-speed automatic for four-wheel drive. There’s no manual option. Audi says despite their power, the cars are impressive sippers of fuel. The 3.0 litre V6 diesel can achieve an average 53 miles per gallon or 5.3 litres per 100 kilometres, thanks to a lighter body using more aluminium, and to E.U. regulations which allow car makers to measure fuel consumption with a ridiculously unworldly series of tests.

There are two equipment levels – SE and S line. SE includes things like cruise control, light and rain sensors, ESP, and tyre pressure monitoring. Entertainment has USB and MP3 devices, 6-channel amplifier, 180 watts and 10 loudspeakers, DAB radio and SatNav. The front seats are electric. You also get computerized parking, a power operated boot lid and Xenon lights. Pay another £1,790 and you acquire stuff like matt brushed aluminium inlays, various clip-ons to tart up the interior and exterior, plus a memory seat for the driver. Not surprisingly, Audi thinks it can sell some other price options like a 600 watt sound system £1,000, headup display £1,450, massage and seat ventilation £1,600, adaptive cruise control with lane change warning £2,600, and night vision pedestrian detection £2,100. 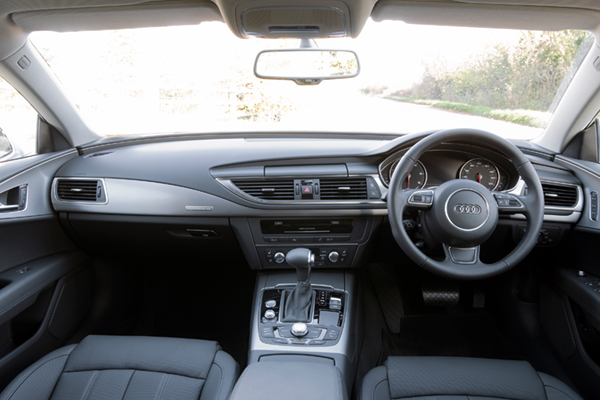 Just like the A5
The styling is appealing, although it will be mistaken for the slightly smaller A5. As you would expect, the interior is of stunning quality, although some might think it a bit bland and understated. Some of the wood trim designs looked a bit tacky. The brown leather might take some getting used to. The name doesn’t really make any sense in English. Sportback seems made up and clunky. Surely, Fastback would have been more elegant? On the road the car is amazingly quiet if you dawdle along, but floor the throttle and the A7 makes an amazingly attractive, sophisticated kind of roar. It seems as though a big part of the engineering budget went towards making the car sound great. It handles beautifully, bombing through the corners with aplomb and eerily maintaining its flat stance.

Audi goes from strength to strength, beating its sales targets and reaping huge profits. Because it can draw on parent company VW’s massive output for many components, engines and designs, Audi has a huge cost advantage over BMW and Mercedes. Strange, but when Ford tried to do a similar thing with its luxury subsidiary, its Jaguars were called Mondeos in disguise. So far, Audi has avoided that cheap shot. 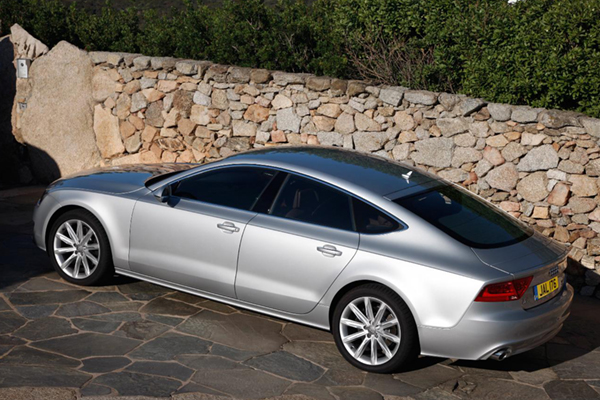 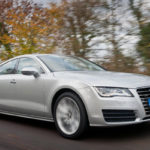 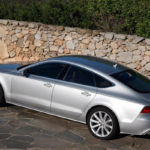 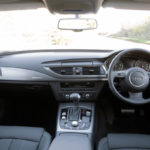 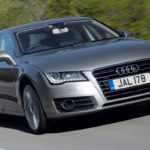 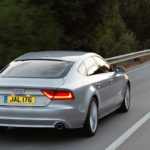 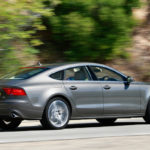