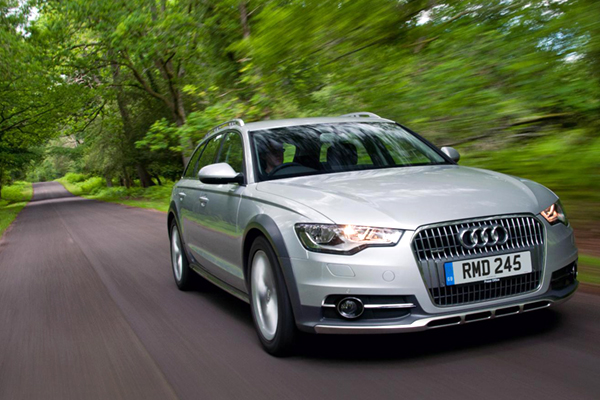 Is It an Estate Car, Station Wagon Or Shooting Brake?

For – lugs loads of stuff, even off-road, in luxury
Against – an SUV would do more

You would think that the rise of the SUV would have signalled the demise of the estate car/station wagon/shooting brake.

But SUVs never completely dominated the market for vehicles which are utility load carriers first and foremost, and provide off-road capability. Some people are apparently put off SUVs by the image generated by global warmers and their apologists that drivers of these big vehicles are arrogant, selfish, greedy, ignorant destroyers of the environment and willful flaunters of wealth. So there is still a healthy market for more modest looking station wagons and this explains why Audi has just renewed its A6 Allroad range, which does everything an SUV can do, minus the road-rage and a bit of height. 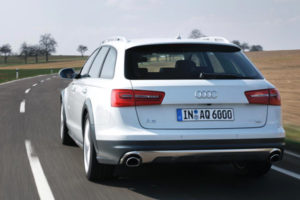 The latest generation A6 Allroad doesn’t come cheap; prices start at £43,150. There are four engine options – one petrol and three diesels. All have six cylinders. The looks have changed very little, although Audi has introduced a bit of a bling factor, with aluminium detailing along the underbody, fancy wheel-trims and fat plastic wheel arch protectors. The new Allroad is wider and longer than its predecessor. Towing capacity is 2,500 kg across the range.

If you are wavering about ditching your SUV, the Allroad has four-level height adjustable air suspension, all-wheel-drive and a big list of standard equipment. Like the saloon A6, the Allroad uses lightweight body materials, with aluminium making up roughly 20 per cent of its body vehicle weight.

The petrol engine option, with a 3.0-litre 306 hp V6, powers the Allroad from rest to 62mph in 5.9 seconds on the way to an electronically limited top speed of 155mph. The diesels are all 3.0 litre V6s – one with 201 hp, another with 242 hp, and the top ranking BiTDI motor produces 309 hp. The latter uses two turbochargers and powers the Allroad from rest to 62mph in 5.6 seconds. Audi has spent money developing a sound actuator in an auxiliary channel of the exhaust system to make it sound like a V8. This doesn’t stop it achieving a combined 42.2 mpg, according to the laboratory-generated fuel efficiency figures. The least powerful diesel gets 46.3 mpg, in theory. The BiTDI has an eight-speed automatic. The rest make do with seven-speeds. There’s no manual version. 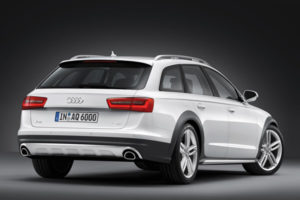 Many features
Standard features on the Allroad include 18-inch wheels, adaptive air suspension, stop-start, hill-descent control, leather upholstery, satellite navigation, and automatic parking. The luggage compartment has a capacity of 565 litres, and the standard split rear seat can be folded down to increase this to 1,680 litres.

If you want to spend a little more, Audi is eager to please. You can choose things like a head-up display, a 15-speaker Bang & Olufsen audio system, and a panoramic glass roof.  There is radar-based adaptive cruise control, lane departure warning, blind spot detection and night vision enhancement. The suspension can be raised before you go off-road by pushing a button.

Across the range, the Allroad handles well and even the “least” powerful has plenty of go. It rides rough roads as you’d expect; with panache and comfort. It’s quiet and luxurious. Floor the accelerator and the car leaps forward. The top of the range BiTDI does this with a grunt of approval. If you want to save your fillings, don’t select “sport” mode for the adaptive suspension. 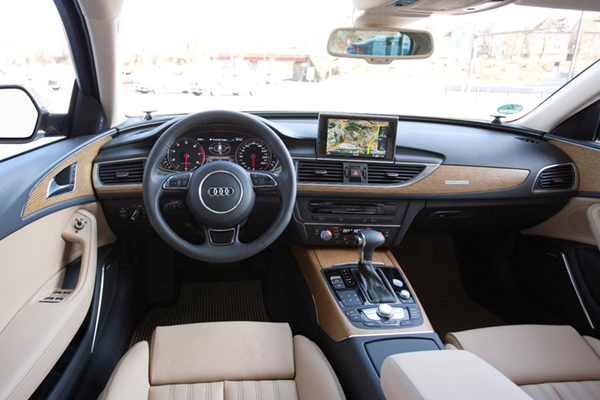 I see the point of these station wagons, which are more car-like than an SUV. If you think that terrific handling and the ability to overtake are important, then go for the Allroad. But surely, given that sportiness is almost never a possibility on our crowded roads, doesn’t it make more sense to go for the bulk, height and comfort of an SUV? 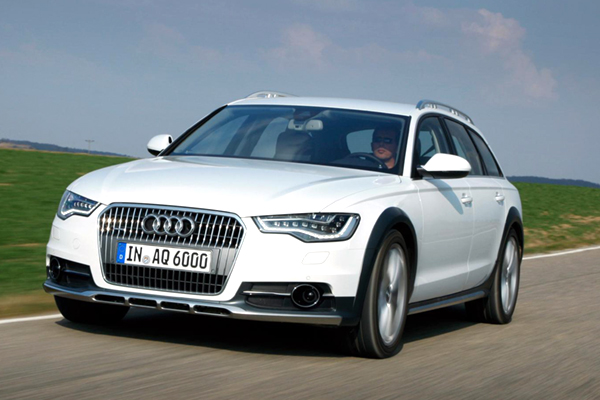 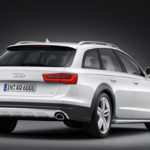 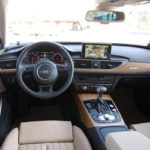 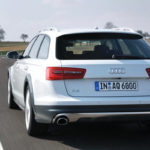 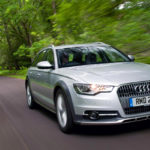