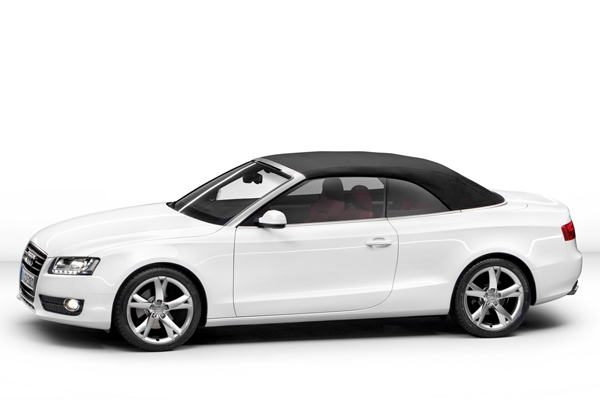 A5 ragtop is beautiful, high quality; masses of engine, trim options
**** out of 5

GRANADA, Spain You can call Audi brave, or reckless, but despite plunging car sales around the world, the German premium manufacturer seems determined to carry out its new model programme.

Audi is launching the new A5 Cabriolet in southern Spain with its usual bravado, while most other car manufacturers seem to battening down the hatches in survival mode.

Audi, owned by German mass car manufacturer Volkswagen, has weathered the economic storm better than its main rivals BMW and Mercedes. While its German counterparts were reporting huge losses in 2008’s 4th quarter, Audi maintained strong profit margins. Financial experts expect Audi to remain profitable during 2009 and 2010, but only just.

Audi has a huge advantage over its luxury market competition because of its close ties with VW. This allows it to exploit massive  economies of scale and therefore cut costs for components like engines, transmissions and other components under the skin. After all, VW sold just over 6 million vehicles in 2008, while BMW sold 1.4 million cars and Mercedes 1.2 million. Audi sales reached just over 1 million last year.

It remains to be seen if there is still a healthy market for cars like the A5 Cabrio, which ooze extravagance during these hard times.

Audi would clearly be on to a winner in boom times. 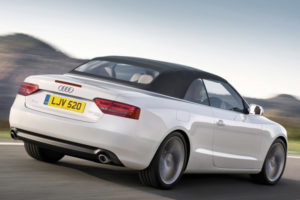 Beauty is said to be in the eye of the beholder, but it’s hard to imagine anyone not agreeing that this car looks good. Audi has chosen to use a traditional fabric soft top, eschewing the folding hard-top coupe cabriolet option which might be more secure, but which uses eats up precious storage space in the rear. Audi says the “lightweight fabric soft top” can be deployed in 15 seconds or stored in 17 seconds, while on the move at speeds up to 31 mph-50 km/h. Stability control is standard across the range. There are front and side airbags protecting the head and chest. If the computer senses the car is about to flip over, metal bars pop up behind the rear seats to protect passengers.

No Audi launch would be complete without some new high-technology developments, although its new neck-level heating option for open-top driving on cooler days, can’t be one of its must exciting. The same goes for the heat-reflecting leather upholstery, which keeps seats cooler in direct sunlight. Thankfully there is a more impressive one, a new differential, which improves handling and traction for those opting for four-wheel drive.

“The new differential technology enables the quattro system to not only transfer torque between the front and rear wheels to counter traction losses, but also between the rear wheels. The driver benefits from reduced steering effort and a feeling of even greater adjustability and control,” Audi says. 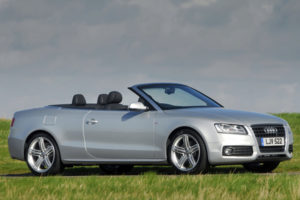 I drove the 2.0 litre 208 bhp direct injection petrol version and the 3.0 litre TDi diesel around the highways and mountain roads of Andalucia. Might fine they were too, with precise handling and terrific ride. The 3.0 litre diesel was marvellous, delivering a huge amount of torque with velvety smoothness. Prices were also impressive. The top of the range 3.0 litre diesel, laden with extras, cost an eye-popping £48,000 or so.

Prices start at £29,795-€32,850 for the 2.0 litre petrol model. There are petrol and diesel engines with 4 or 6 cylinders. The entry-level two-litre petrol engine offers 176 bhp. You can choose a 6-speed manual transmission, a seven-speed twin-clutch automatic, or a “Multitronic” continuously variable automatic. Four-wheel drive is available. The top of the range S5 3.0 litre V6 supercharged direct injection petrol model costs £42,000-€46,300. 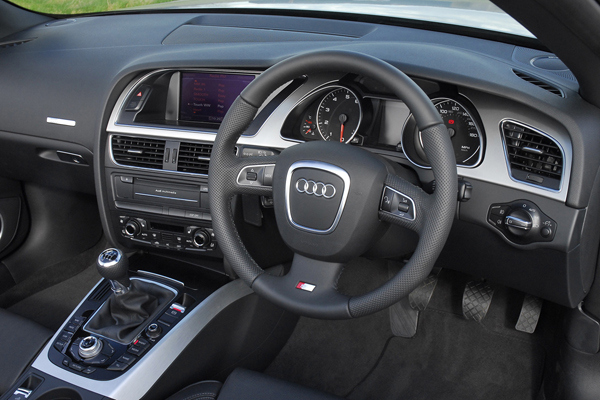 There are three trim levels – standard, SE and S. You can opt for two or four-wheel drive.

When Audi first started developing this car, it couldn’t have anticipated the current awful economic circumstances. Don’t expect to see many A5 Cabriolets on the road until the recession is over. 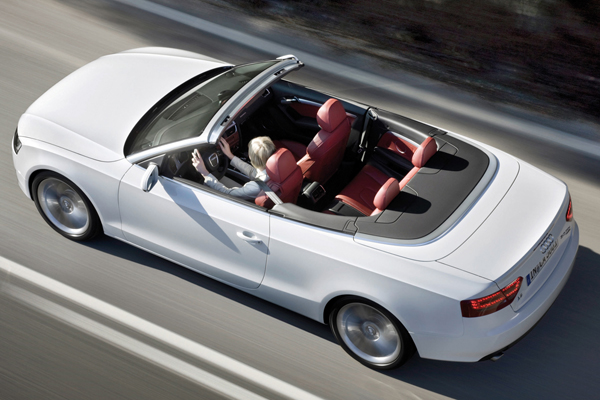 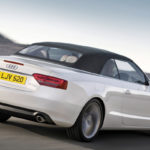 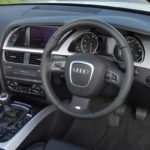 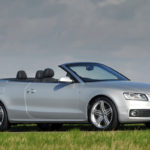 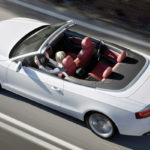 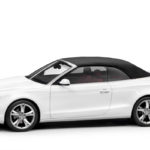