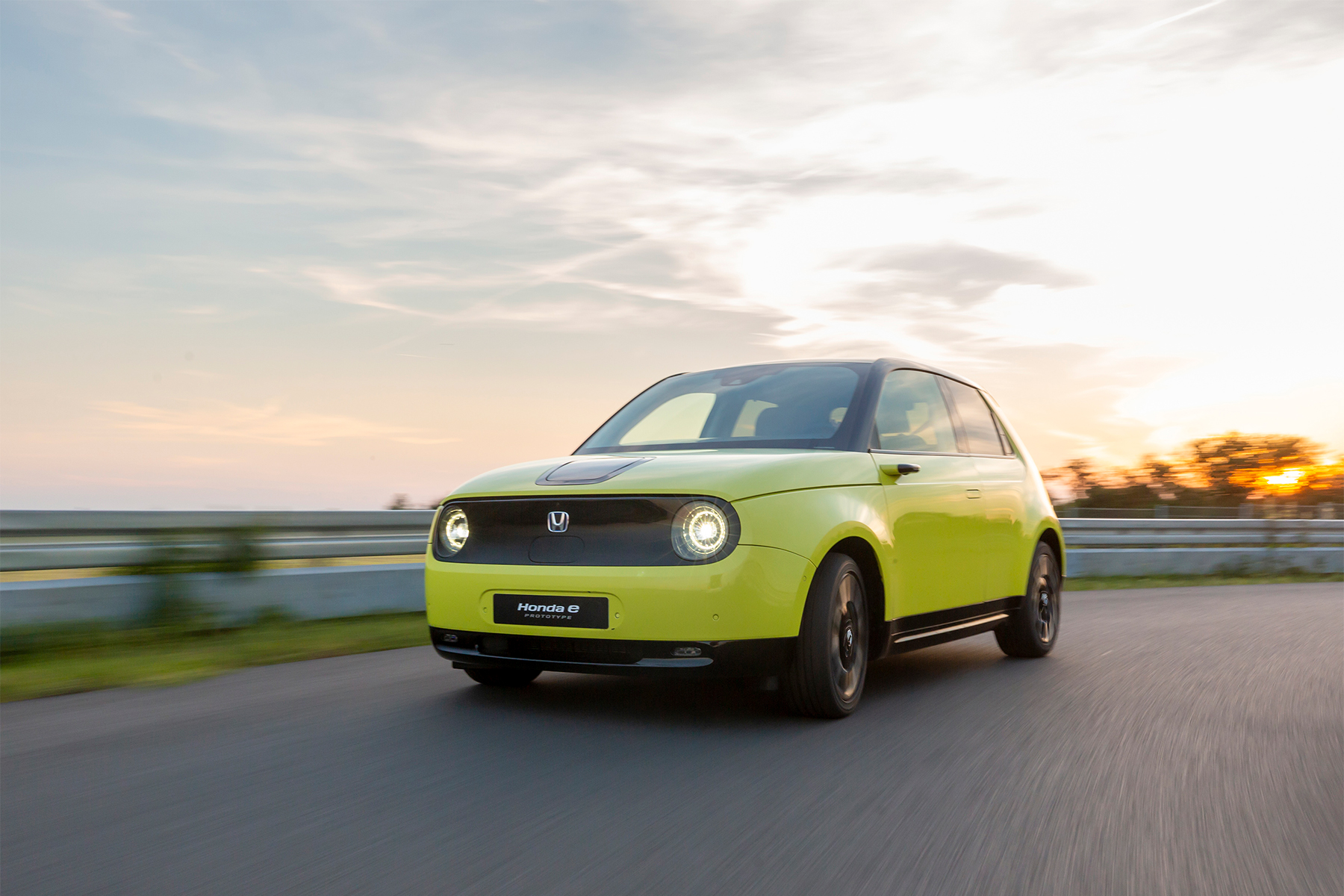 Honda’s new little electric city car fails the affordability test, not to mention the acceptable range one, but it is a technology marvel with plenty of ground-breaking innovations.

If you truly, really just want a car which will potter about the city, if your average commute is around 23 miles (the average according to Honda), and you’re not phased by spending almost £30,000 after any government subsidy, this is the car for you. To my mind though, this is a classic case of over-engineering. A car with such a limited set of requirements should cost around £5,000 and be more like a better electric golf cart than a proper car. 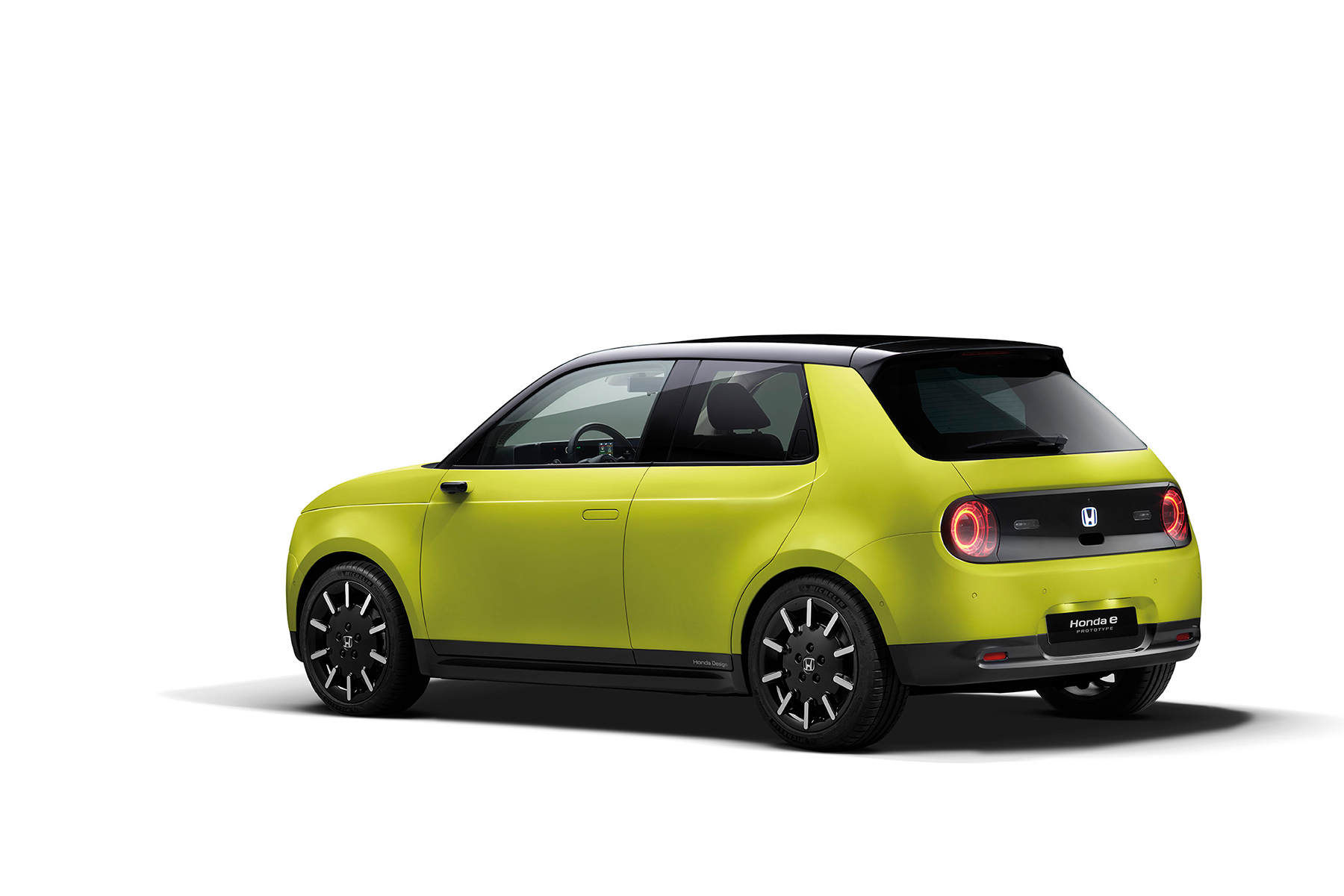 In its favour, the “e” looks exceptionally cute, has lively performance, and when you get behind the wheel for the first time, you will see a marvellous sweeping dashboard design which might make even Tesla owners envious.

But when you consult the various data sources on the dashboard, which fills the entire space in front of the driver and front-seat passenger and is boarded by the TV monitors for the wing-mirror cameras, you might find some disturbing information. When I climbed aboard, the battery monitor said 97% full, while the range predictor said only 106 miles. The claimed range for the Honda e from the 35.5 kWh battery is 125 miles.

This compares unfavourably with many other all-new electric cars in this price-bracket – in Britain the top of the range Honda e Advanced – is priced at 29,160 pounds after tax. Cars like the Renault Zoe (240 miles) and the Peugeot 208 e (220 miles) are priced very close to the Honda e but are bigger, and have this huge almost double advantage in range. 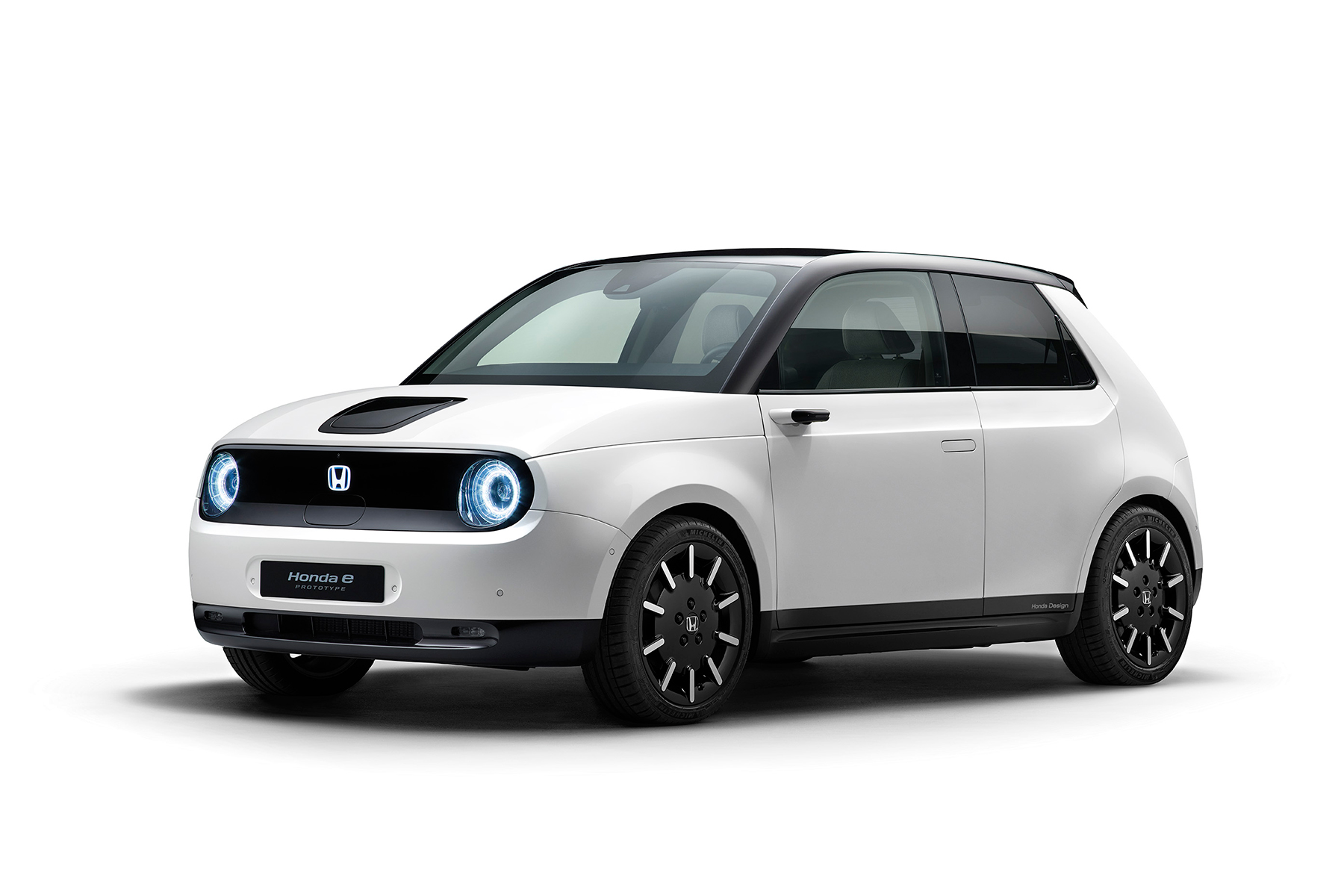 Higher Class
Honda counters with the argument that the interior quality of the “e” is in a higher class, and the technology offered is also worth paying for. Honda says that for most daily commuters, the range of 125 miles would be more than adequate, while its fast-charging is top class. Honda says it can be 80% recharged in 30 minutes.

Even electric cars at the lower end of the price range, like the Volkswagen eUp and its derivatives the SEAT Mii electric and Skoda Citigo e, have close to 170 miles of range. Spain-based SEAT and Czech-domiciled Skoda are VW subsidiaries.

Honda said what it called the minimalist interior has been designed to feel like a lounge.

“The clean (exterior) surfaces also incorporate flush-fit pop-out door handles, (like Tesla) whilst the charging-point port is integrated into the bonnet. This helps to reduce drag and increase the overall efficiency of the car,” Honda said.

The “e” includes what Honda calls a “sector-first” camera system for the wing-mirrors, which are replaced by bullet-like cameras on each side, and little screens on the left and right of the dashboard show the rear view. The “e” boasts much high technology, which until recently would only have been seen in high-priced German vehicles. The “e” has systems like collision mitigation, which also detects in-danger pedestrians, adaptive cruise control, lane keeping assists and lane departure warning. 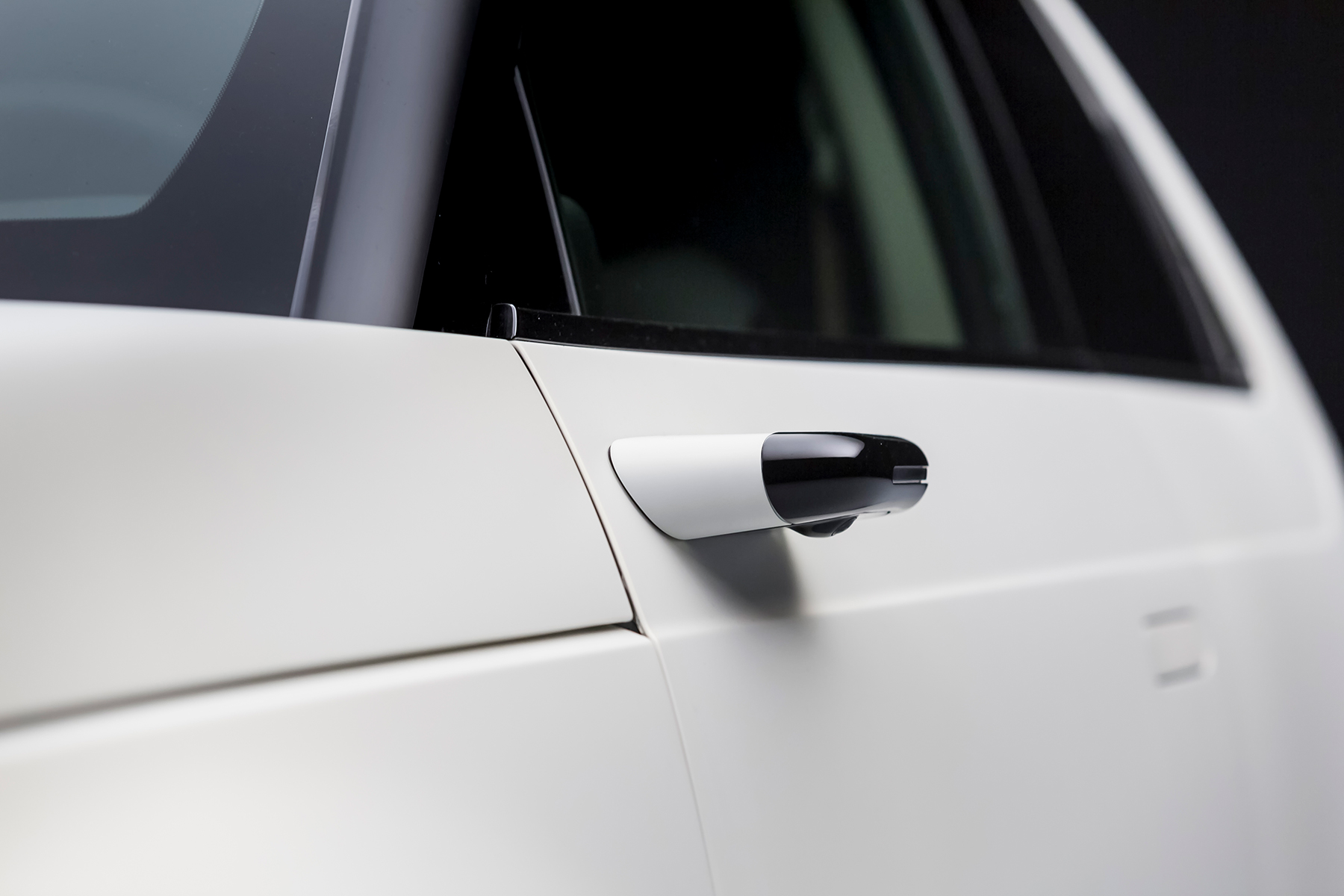 Voice control
One of the high-tech boasts of the “e” is an enhanced voice control facility. If you say “OK Honda” it will in theory fulfil commands like increasing the regenerative braking settings or tuning the radio. I’ve heard these claims a few times over the years, and up until now, they’ve never worked for me. Nor did this one, although it might with a bit of time for the system to recognise your voice.

Honda said so-called connectivity was at the heart of the car’s design.

“Customers are seeking increased connectivity between their car, their everyday electronic devices, and ultimately their lifestyles. Applying this human-centric approach to the automotive industry sees customers treating mobility as a service that they access, rather than a product that they own,” Honda said.

“The compact, all-electric Honda e was engineered from the ground up to deliver a package perfect for the modern city environment, the all-new Honda e is the first BEV from Honda, and the ultimate interpretation of the brand’s philosophy of human-centric engineering,” Honda says.

Another new feature is Honda Parking Pilot, which looks for parking spaces and highlights a suitable position to begin assisted parking.

It has an exceptionally tight turning circle.

The Honda e is available in two grades. The Advance grade adds a choice of 16” or 17” alloy wheels, increased power and a Centre Camera Mirror System which can be switched on to relay the image from a central rear-facing camera to the rear-view mirror display. Other upgrades include a more powerful audio system, heated windscreen and steering wheel, and the smart Honda Parking Pilot driver aid. The Honda e also offers Single Pedal Control System to improve driving efficiency in urban environments. When activated, the system enables the driver to seamlessly accelerate, slow and stop the car using only the accelerator pedal.

What to buy
I’m sure there are devoted Honda buyers who will love this high quality, high technology, little city car, and will be eager to get behind the wheel. But for the seeker after the best value for their money, the low range and high price simply preclude the car from consideration. My favourite remains the Kia Niro e. 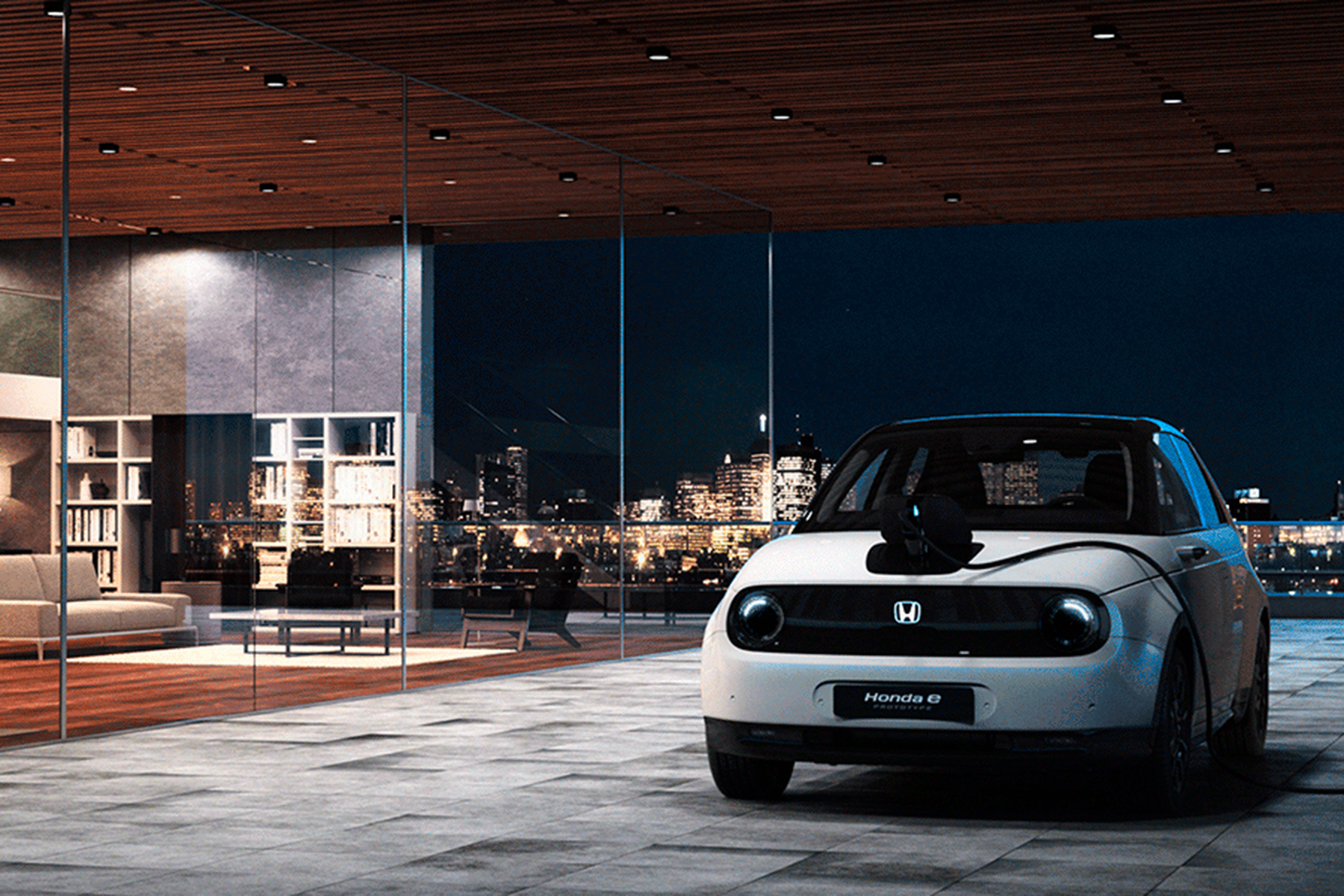